The U.S. Patent and Trademark Office officially published a series of 38 newly granted patents for Apple Inc. today. In this particular report we cover Apple's technology relating to multitouch and multi-haptics, some original technology for Touch ID and another PrimeSense patent covering the technology behind the Kinect device that's used for both gaming and other types of applications. In addition, Apple was granted 3 design patents covering Touch ID, an Apple Watch Band and Apple TV's user interface. We wrap up this week's granted patent report with our traditional listing of the remaining granted patents that were issued to Apple today.

According to Apple, "Games and other applications based on depth maps have developed very slowly due to the difficulties inherent in capturing, processing, and extracting high-level information from such maps. Finding and tracking the parts of a moving humanoid form in a sequence of depth maps is a particular challenge.

Apple's granted patent covers a method for processing data with includes receiving a temporal sequence of depth maps of a scene containing a humanoid form having a head, the depth maps including a matrix of pixels having respective pixel depth values. Using a digital processor, at least one of the depth maps are processed so as to find a location of the head. Dimensions of the humanoid form are estimated based on the location, and movements of the humanoid form are tracked over the sequence using the estimated dimensions. 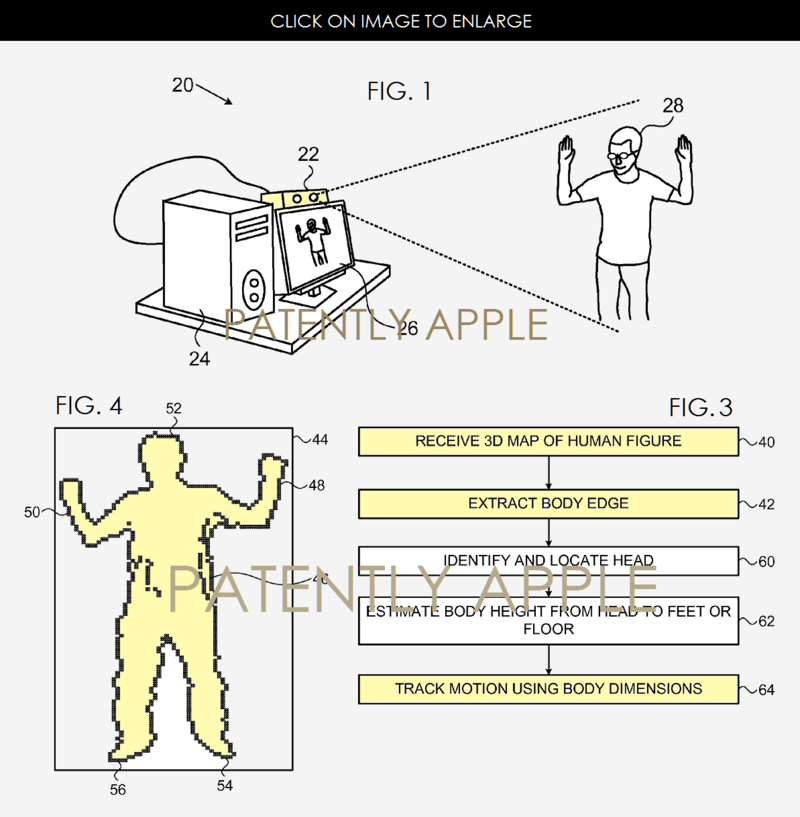 Apple's granted patent 9,235,753 was originally filed in Q3 2013 and published today by the US Patent and Trademark Office.

Apple's newly granted patent covers their invention relating to providing multi-touch/multi-haptic systems and methods for iDevice touch displays and beyond.

In one embodiment, the touch sensing surface is a multi-touch surface thus making a multi touch multi-touch haptic device. In so doing haptic feedback can be provided that indicates information about a multi touch event. For example, the surface under a moving finger can be actuated while the surface under the non-moving finger remains static. In another example, the surface under the moving finger is actuated concurrently with a signal being passed to the other finger indicating that a multi touch action is occurring. In this way, the signals taken together can indicate the nature of the underlying action being taken by the user. For example, if an object (such as an image) is being expanded or reduced in size a larger/more intense signal could be generated (either by increasing frequency or amplitude). It is also contemplated that isolated feedback can be used to provide an on-screen click-wheel or other such user input where the touch screen is used to simulate the "clicks" of the click wheel both audibly and via tactile feedback. 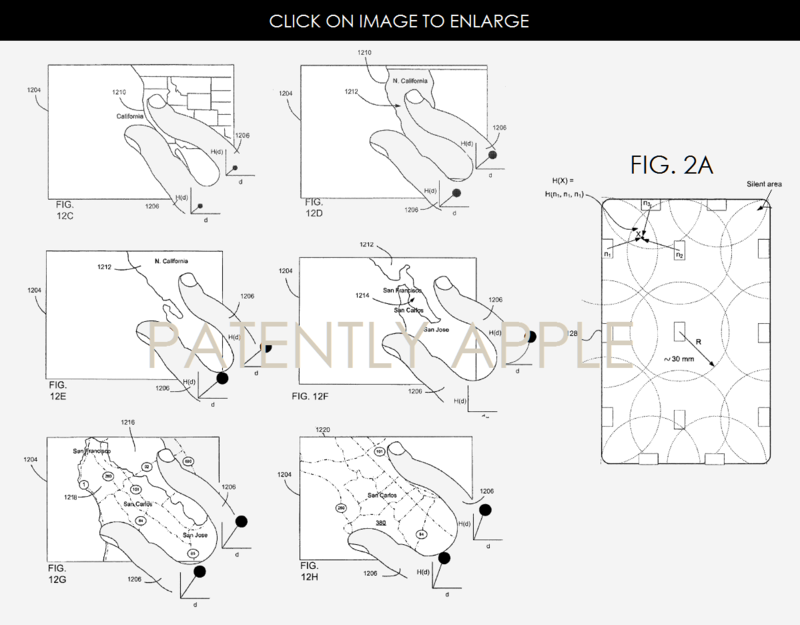 Apple's patent FIG. 2A shows a multi-point multi-haptic system having a multi-touch surface that incorporates a plurality of haptic devices; 12A-12H illustrates a display presenting a GUI object in the form of a map of North America with embedded levels which can be zoomed.

Apple's newly granted patent covers their invention relating to integrated circuit packaging, and more specifically to a lead frame structure and method of using same which provides an integrated lead frame and exposed bezel portion for receiving a user's fingertip or the like.

Apple integrated Touch ID into the iPhone 5s (also noted below in Design Patents) in 2013. Todays granted patent was inherited from the Authentec acquisition. The granted patent dates back to 2008. Which of the technologies that are discussed in this patent are actually being used in Apple's today's Touch ID feature is unknown. To explore Apple's granted patent 9,235,747 in more depth, click here. 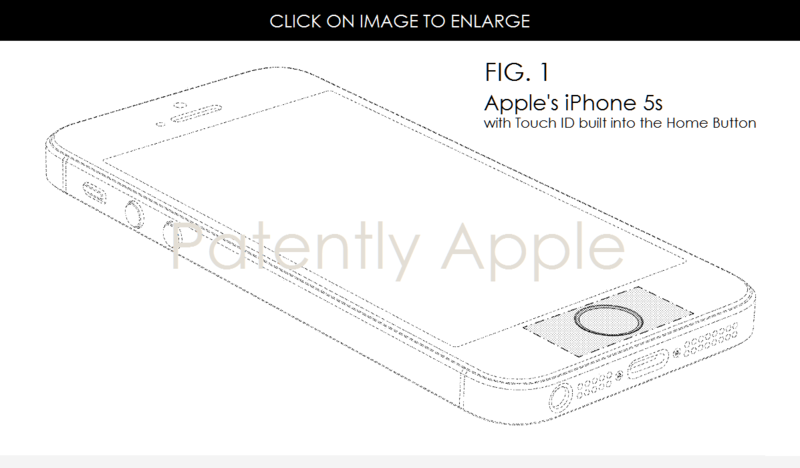 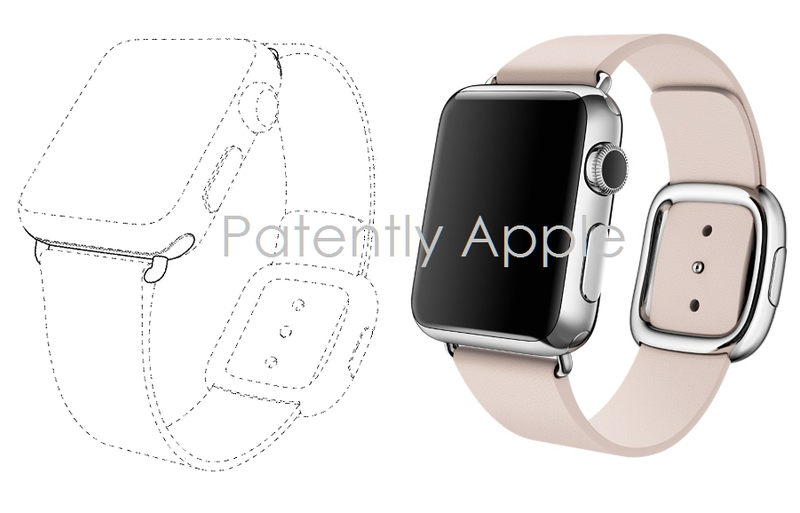 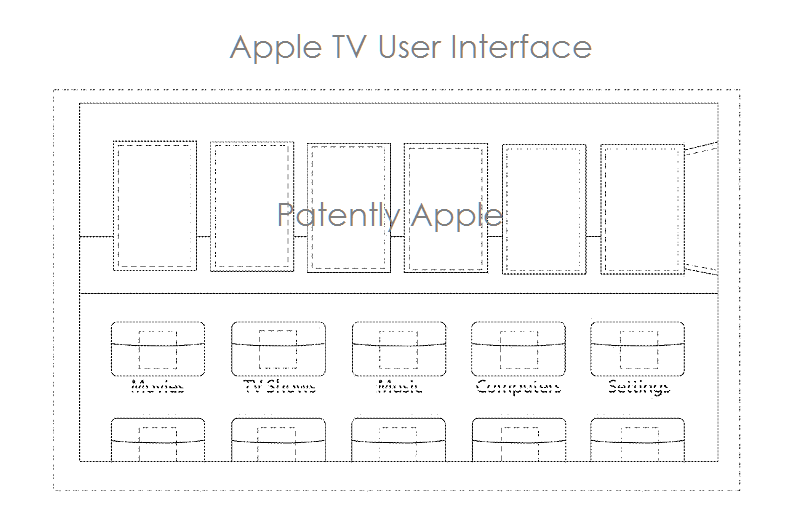 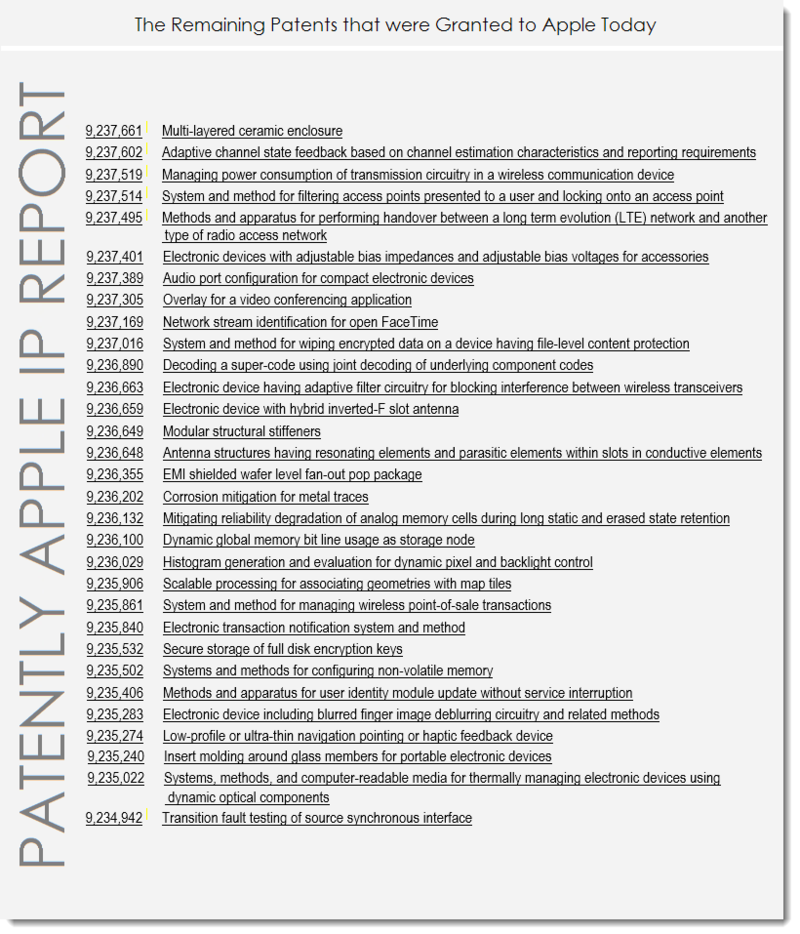