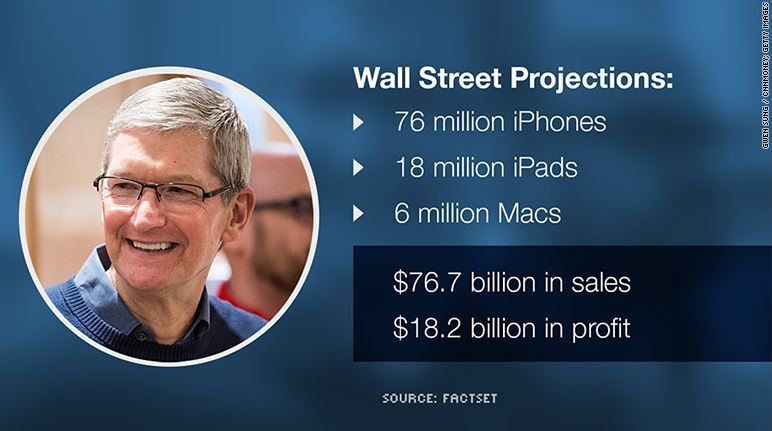 Last Friday Wall Street's Projections were laid out as noted in our cover graphic. They projected 76 million iPhones would be sold and in reality, Apple reported that they sold 74.8 million iPhones. Wall Street projected 18 million iPads would be sold and Apple delivered 16.1 million units. Six million Macs were projected and Apple delivered 5.31 million units. Wall Street projected $76.7 billion in sales with $18.2 billion in profit and Apple actually delivered $76.9 billion in sales and $18.4 in profits. Yet to really understand Apple's great quarter, check out our follow-up report here to read about Apple's explanation of how difficult the quarter really was due to the crashing currencies around the world. It's the hidden reality behind Apple's financials that most should appreciate, as the quarter could have resulted in much higher revenue under normal global conditions.

Apple's CEO Tim Cook, stated in their press release that "Our team delivered Apple's biggest quarter ever, thanks to the world's most innovative products and all-time record sales of iPhone, Apple Watch and Apple TV. The growth of our Services business accelerated during the quarter to produce record results, and our installed base recently crossed a major milestone of one billion active devices."

Apple's CFO Luca Maestri, stated that "Our record sales and strong margins drove all-time records for net income and EPS in spite of a very difficult macroeconomic environment. We generated operating cash flow of $27.5 billion during the quarter, and returned over $9 billion to investors through share repurchases and dividends. We have now completed $153 billion of our $200 billion capital return program."

Apple is providing the following guidance for its fiscal 2016 second quarter:

◾ gross margin between 39 percent and 39.5 percent

◾ operating expenses between $6 billion and $6.1 billion

Apple's board of directors has declared a cash dividend of $.52 per share of the Company's common stock. The dividend is payable on February 11, 2016, to shareholders of record as of the close of business on February 8, 2016.

The Wall Street Journal reports that Apple said iPhone sales grew at the slowest pace since its introduction in 2007 and forecast that revenue in the current quarter will decline at the steepest rate in 15 years, signaling an end to its recent period of hyper-growth.

BloombergBusiness quoted Abhey Lamba, an analyst at Mizuho Securities USA who stated that "They have other products, and have the potential to launch other products, but the hole left from an iPhone slowdown is too big to fill. Its future is whatever is happening in the smartphone space."

Luca Maestri, Apple's chief financial officer added that the company is feeling the effects of a "very different" economic environment around the world. Apple is beginning to see "softness" in China, particularly in Hong Kong, he said. "You need to take into account the business opportunities that we have, but also the realities of an economic environment that is not ideal right now," he said.

Canada, Brazil and Russia also are showing signs of slowing down. "There are a lot of economies around the world that are in recession," he said.

After hours AAPL is close to unchanged. Obviously the market has been lowering the price all month to soften any disappointment. We'll have to wait until the morning to see if there's more reaction to today's financial news. 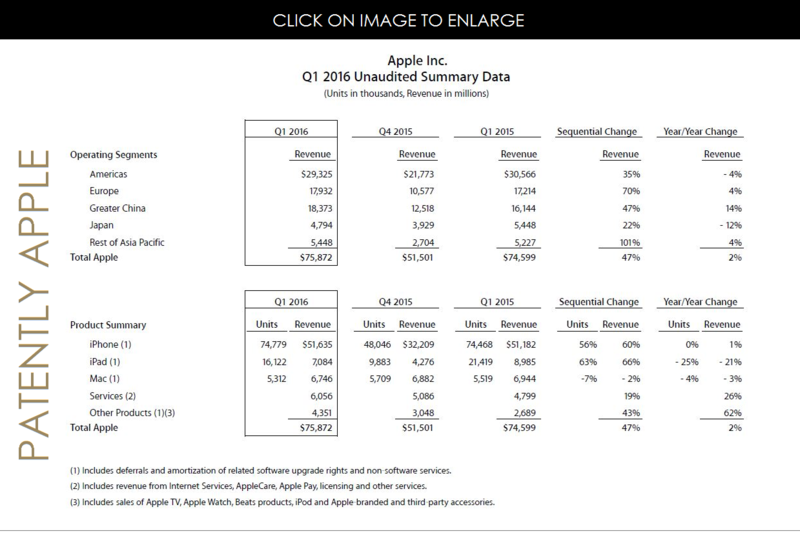