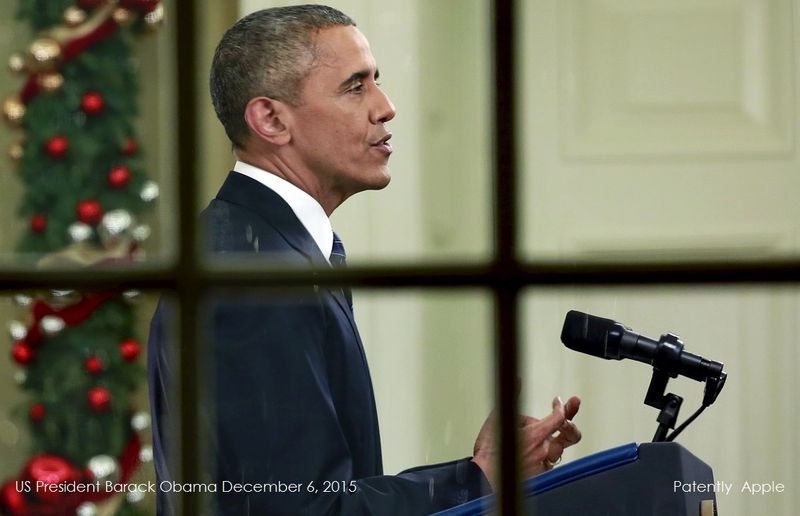 The 'Story of the Week' for November 22 was "Law Enforcement Challenges End-to-End Encryption & the Tech Industry's Response." Last night during US President Barack Obama's speech from the oval office addressing terrorism, he called on US tech companies to help America fight ISIS: "I will urge high-tech and law enforcement leaders to make it harder for terrorists to use technology to escape from justice." One of the issues at hand is no doubt about encryption. While the President will 'urge' tech companies to help law enforcement, John McCain is likely to push legislation to 'force' tech companies to comply with US law enforcement agencies that provide legal warrants; especially now that the terrorism has once again returned to the US.

All of these programs turn words into jumbled computer code. Government spies can't break that code fast enough. The result? The same technology that keeps a conversation private between you and a family member also gives a safe haven to a terrorist in Syria and the person in the United States he's trying to recruit to commit an act of mass murder."

Until recently, the Obama administration was aggressively pushing for companies like Apple, Google and Microsoft to insert a back door into their products. The idea was to force them to keep a separate set of keys -- just in case law enforcement wants to secretly tap into people's computers and smartphones.

But tech companies fought back, noting that other governments or even hackers could steal those keys too. It's safer to not keep a spare set of keys for unwelcome visitors.

Sunday's speech showed that the president still hopes tech companies will do more to help government investigators. But the president's staff wouldn't say if that means pushing again for a back door -- or something else.

Reuters reported on a second front. According to their report "The White House wants tech firms to help by restricting the use of social media for violent ends, a senior administration official said on Sunday, speaking on background.

In coming days, the White House will talk to companies in the tech sector about developing a "clearer understanding of when we believe social media is being used actively and operationally to promote terrorism," said the official.

Obama sees the need for the sector to work with law enforcement when the use of social media "crosses the line" from expressing views "into active terrorist plotting," the official said.

'That is a deeply concerning line that we believe has to be addressed. There are cases where we believe that individuals should not have access to social media for that purpose,' the official said."'

On November 18 I posted a report titled "McCain, Feinstein & Head of Senate Intelligence Committee Calling for a Debate on Encrypted Networks," wherein I stated that "This is an issue that is only going to grow louder as we move into election year 2016. This is without a doubt a tinderbox topic where those on both sides of the issue have passionate reasoning. Yet at some point in time, there's going to have to be a compromise as the war against ISIS mounts, or an ISIS attack, god forbid, hits the US Homeland. Then the gloves will be off with Silicon Valley and law abiding citizens will demand laws come into being that will end this kind of unbreakable encryption once and for all. Just don't count on Silicon Valley or Apple in particular to go down without a fight."

Since November 18 the topic of terrorism returning to the US has gone from theoretical to reality and now the issue of encryption is back on the front burner. Yet once again, it's a complicated issue with both sides still miles apart on how this could be resolved.