According to a new report, Apple devices were much more likely to be found under the tree this holiday season, than products made by competitors. For the week dated December 19th through December 25th, analytics firm Flurry (owned by Yahoo) found that 49.1% of new devices activated globally during the Christmas week, were made by Apple. That is off 2.2 percentage points from last year's figure.

Samsung was second, accounting for 19.8% of new activations during Christmas week. 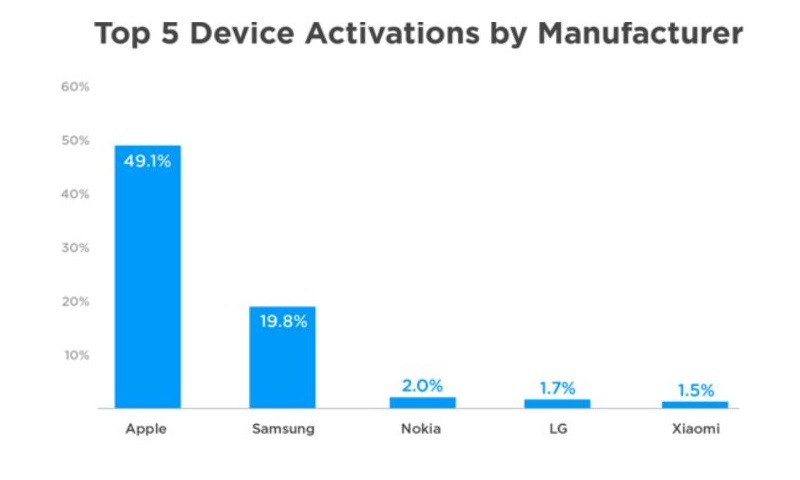