Today, the U.S. Patent and Trademark Office published two Apple TV related patent applications. One invention shows off preliminary work on a new UI for changing TV channels on an iPad and the second shows a new "presence" aware TV remote that will keep your content on as long as someone is in the room. 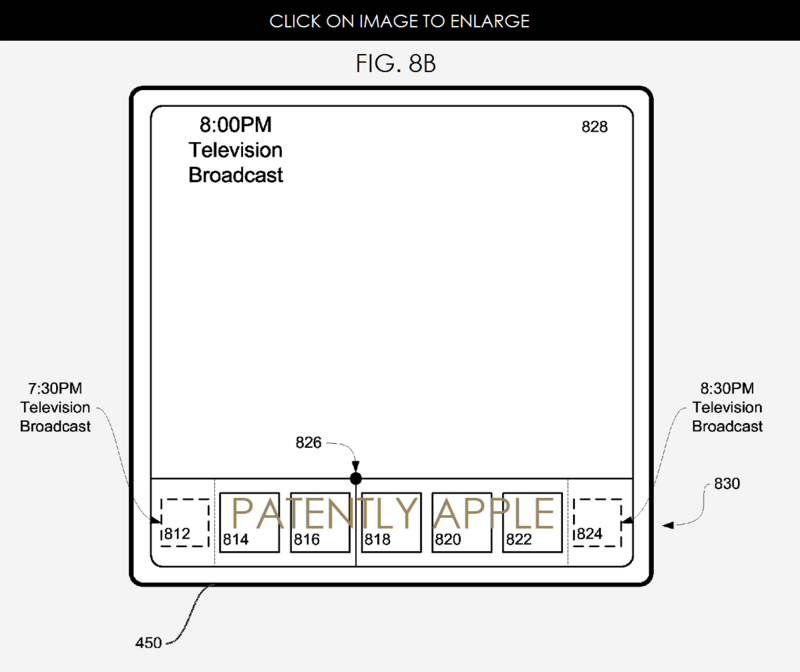 In some embodiments, navigation bar 830 includes a plurality of images 814, 816, 818, 820, and 822 that correspond to different positions in the respective content item, the representation of the current position in which is displayed in region 828.

Apple's patent application 20150370455 was originally filed this past June.

In a secondary patent application (20150370323) published today Apple presents us with another possible future Apple TV feature regarding "presence."

Apple notes that determining whether a person is present at a device can be beneficial in providing that person an enhanced user experience with the device. For example, if a television were able to determine that a person is in the presence of the television, the television could forgo going to sleep so the person's television-viewing can remain uninterrupted.

Apple's patent FIG. 10 noted below illustrates exemplary ways in which a device optionally determines whether a person is present at the device in accordance with some embodiments of the disclosure. 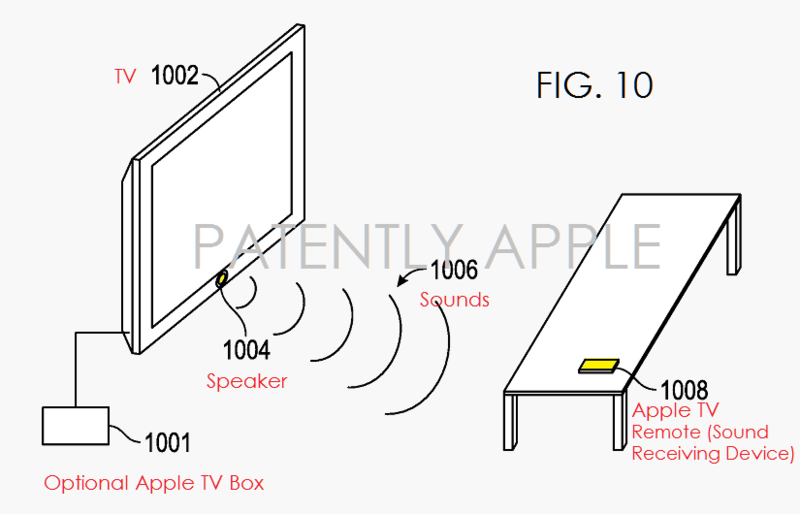 It's interesting that Apple shows the Apple TV box as an optional means of delivering this service, with the physical TV being the likely exemplary example.

Apple was shown to be working on this technology related to a TV as far back as 2012. We covered it in a report titled "Apple Advances their Multi-Level Presence Sensing System." In fact we covered one of Apple's first patent discussing this technology for notebooks, desktops and TV back in 2009.

Considering that this is a patent application, it's timing to market is unknown at this time.