By 2018, 50 Percent of Consumers Will Use Smartphones or Wearables for Mobile Payments & Apps to Control TV

According to Gartner's latest report mobile payment systems relying on e-wallets like Apple Pay, Android and Samsung Pay that uses Near Field Communication (NFC) technology will be limited in the short to midterm due to a lack of partnerships between retailers and financial organizations, as well as consumers seeing little value in such payments.

Annette Jump, research director at Gartner adds that "Any mobile payment wallets that are tied to the device will have limited adoption and only if the device has a huge installed base. Instead, cloud-based solutions will have a better chance to succeed as they can reach a wider audience and can support many use cases beyond face-to-face or in-store options.

The negatives associated with NFC based systems, according to Gartner, is that "mobile payment and mobile wallet adoption requires a country-by-country rollout plan with an enabled payment infrastructure and agreement with major banks and retailers."

We noted more of the resistance to mobile wallets just yesterday when Walmart announced a big push for their own Walmart Pay system and over the last month Australian banks have purposely snubbed Apple Pay over fees. Many thought that Apple Pay would be available in Canada by now, but iPhone 6 users are still waiting to use this major feature, as only American Express supports Apple Pay in Canada.

Earlier this month we posted a report titled "Apple Pay Failed Miserably at making its Mark on Black Friday." So to a certain degree Gartner's forecast is supported by current data/trends. However, Apple is marching on with deadly focus on the job at hand which is no small task to achieve. In November we noted that Apple had been working with fast food industry chains such as Cinnabon, Domino's Pizza, KFC and Starbucks and today it's being reported that 60 more banks have signed onto Apple Pay.

So in the bigger picture, it would appear that Apple Pay is rolling out as fast as possible. Going into 2016, all eyes will be on China's UnionPay for giving Apple Pay a huge boost in the arm as they've been working with Apple for some time now preparing for this service to launch. A win in China could spark more interest in Apple Pay.

On a last note, the Gartner study also forecasted that by 2018, 75 percent of TV-style content will be watched through application-based services in mature markets – a trend that Apple has been promoting since the launch of their new Apple TV with Siri Remote. 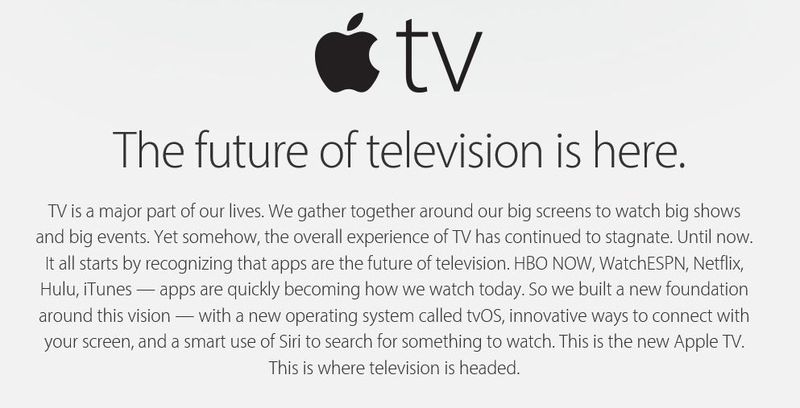