The U.S. Patent and Trademark Office officially published a series of x-amount newly granted patents for Apple Inc. today. In this particular report we cover Apple's invention that relates to a docking station having a self-retracting connector. For more information on this granted patent, see Patently Apple's report on this invention that was published as a patent application back in May 2014.

Apple's patent FIGS. 3A and 3B noted below illustrate cross-sectional views of a docking station with a portable electronic device docked in it. Apple's patent FIG. 3A shows a plug connector of the docking station in a retracted position and connected with the device. FIG. 3B shows the plug connector in an extended position and nearly disconnected from the device. 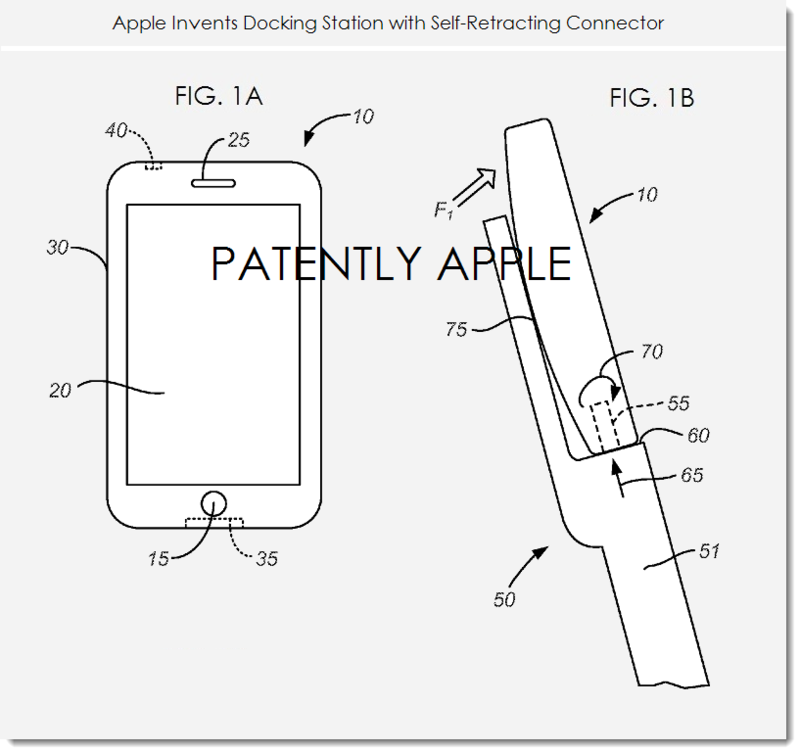 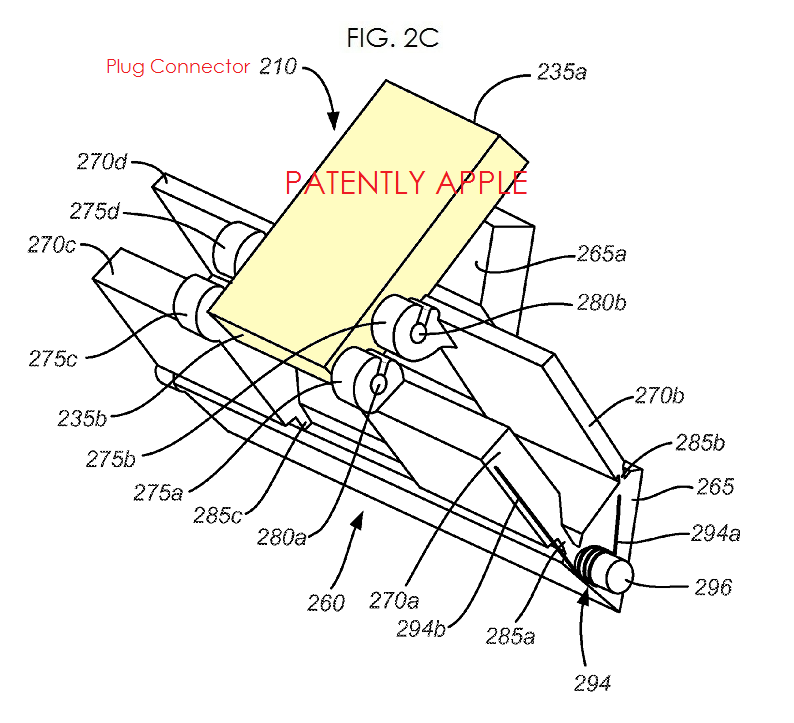 Apple's granted patent 9,201,453 was originally filed in Q4 2012 and published today by the US Patent and Trademark Office.