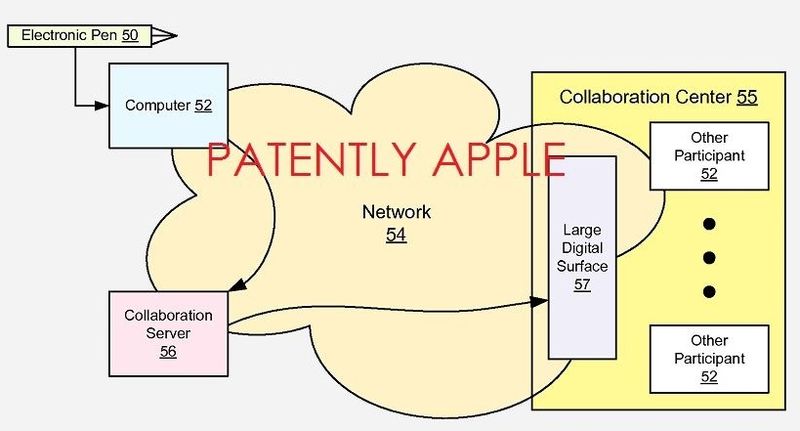 The U.S. Patent and Trademark Office officially published a series of 66 newly granted patents for Apple Inc. today. In this particular report we briefly cover an invention that relates to a future business collaboration application for the iPad Pro and digital pen / Apple Pencil. The app will use a pie-chart user interface tool so as to provide users with detailed menus and sub-menus of appropriate tools, features and so forth. Patently Apple first covered this invention as a patent application back in August 2013 when the idea of a digital pen was unthinkable to many in the Apple community. You could review our earlier report for more graphics and greater detail.

Apple's newly granted patent generally relates to collaboration systems and, more particularly, to a method and apparatus for facilitating collaboration.

Apple notes that a collaboration system will provide an enhanced user interface to enable users to interact with electronic devices. In one embodiment, users can add content to a digital system by using a pen that streams coordinates so that input to the digital system may be based on conventional pen and paper handwriting. In another embodiment, a pie-based menu system is used for input to large display area digital devices in which an occluded portion of the pie-based menu system is not used for direct input by the user. The selection of which areas of the pie-based menu system should be omitted from use is adaptive and responsive to whether the user is left-handed or right-handed, and the wrist angle defined by the user's posture. In still another embodiment, an ergonomic open-shaped pie menu system is provided to facilitate selection of options on a digital surface. 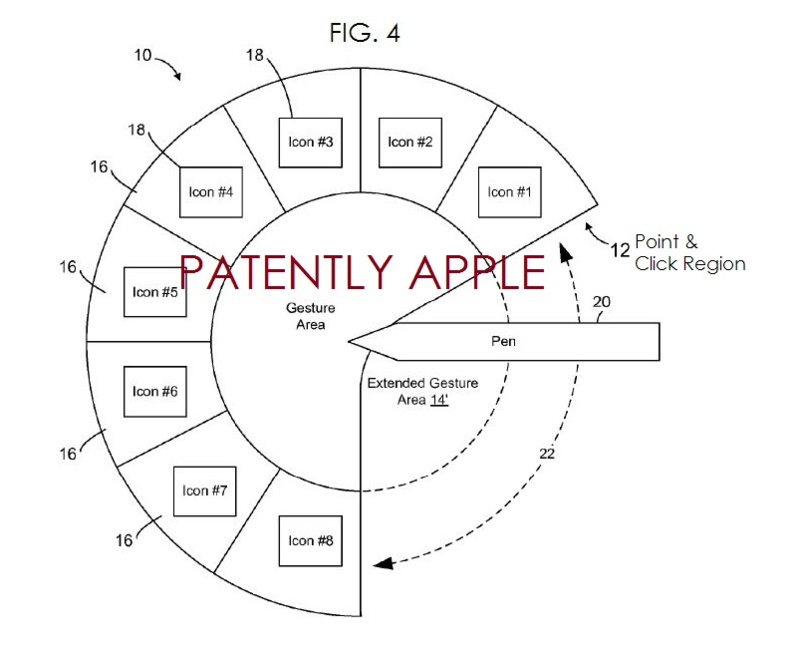 While Apple's first emphasis for the Apple Pencil has been for artwork and graphics, Apple's latest granted patent illustrates that the Apple Pencil is likely to be used in a business app with a new tool as noted above in patent FIG. 4.

Apple's granted patent 9,207,833 was originally filed in Q1 2013 and published today by the US Patent and Trademark Office. Our cover graphic illustrates patent FIG. 1 which is an example network that may be used to implement a collaboration system.