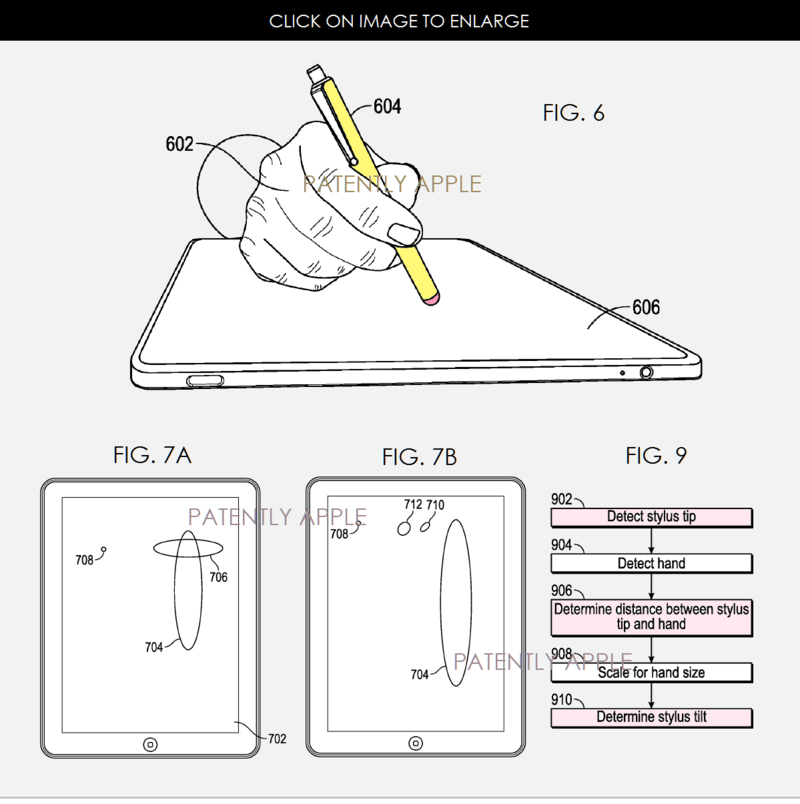 Apple tells us in the marketing literature that "Two tilt sensors built within the tip of Apple Pencil calculate the exact orientation and angle of your hand. As you naturally write or draw, the relative positions of each of these sensors can be detected by the Multi-Touch display. So you can create shading effects simply by tilting Apple Pencil the way you would a charcoal or conventional pencil."

Apple's patent FIG. 8b illustrates an exemplary method for determining a tilt of the stylus relative to a touch sensor panel. 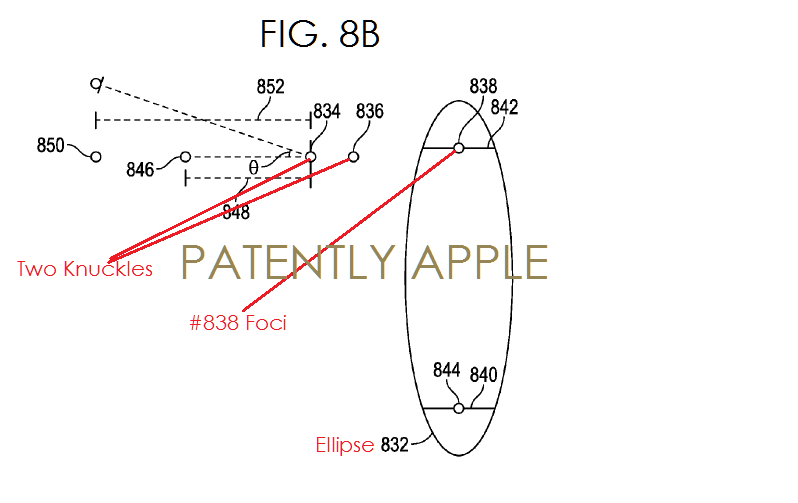 In the example of FIG. 8b, the user's hand can appear on a touch image to be composed of an ellipse (representing the side of the hand) with a plurality of knuckles represented by circles. You could read more about FIG. 8b in Apple's patent filing under patent point #0037.

The second Apple Pencil patent application published today is titled "Reduce Stylus Tip Wobble when Coupled to Capacitive Sensor." This second stylus invention relates to an algorithm for reducing stylus tip wobble for a stylus translating on a surface over and between electrodes of a touch sensor panel. You could read more about this invention here.