Earlier this month the U.S. Patent and Trademark Office published a patent application from Apple that revealed an invention that generally relates to audio analysis and, more specifically, to analyzing audio input for efficient speech and music recognition. While Apple first introduced integrating music identification technology created by Shazam into iOS during their WWDC 2014 event as noted below, was the deal with Shazam only a stopgap measure until they deliver their own home grown solution? Apple's latest patent application would strongly suggest just that.

Specifically, a virtual assistant can be configured to provide both speech recognition and music recognition related services. In order for both types of services to be provided seamlessly, it can be desirable for the virtual assistant to determine whether a received audio input includes speech or music and thereby provide the appropriate services to the user automatically based on the determination. 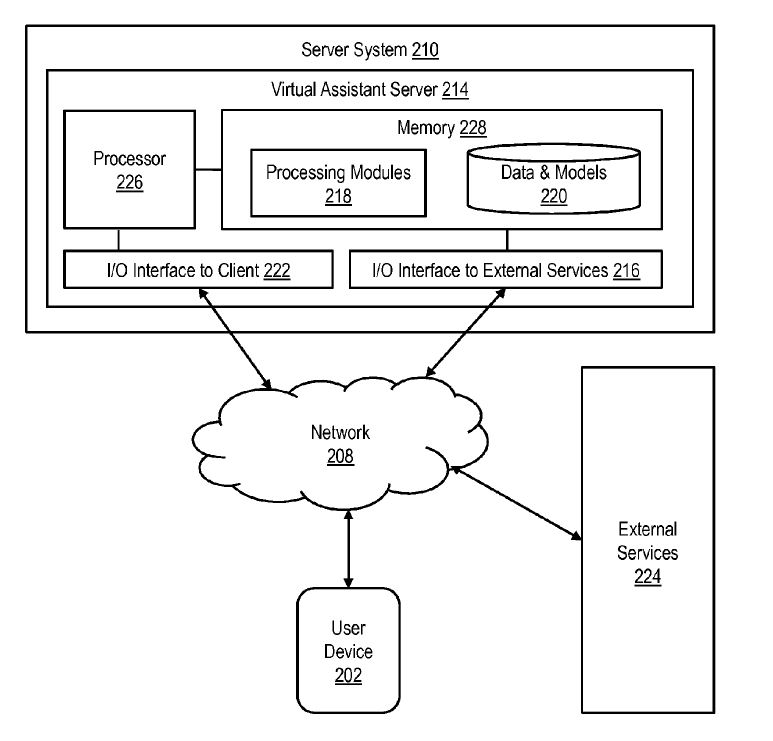 Apple's patent FIG. 2 noted below illustrates an exemplary system and environment for carrying out aspects of analyzing audio input for efficient speech and music recognition. 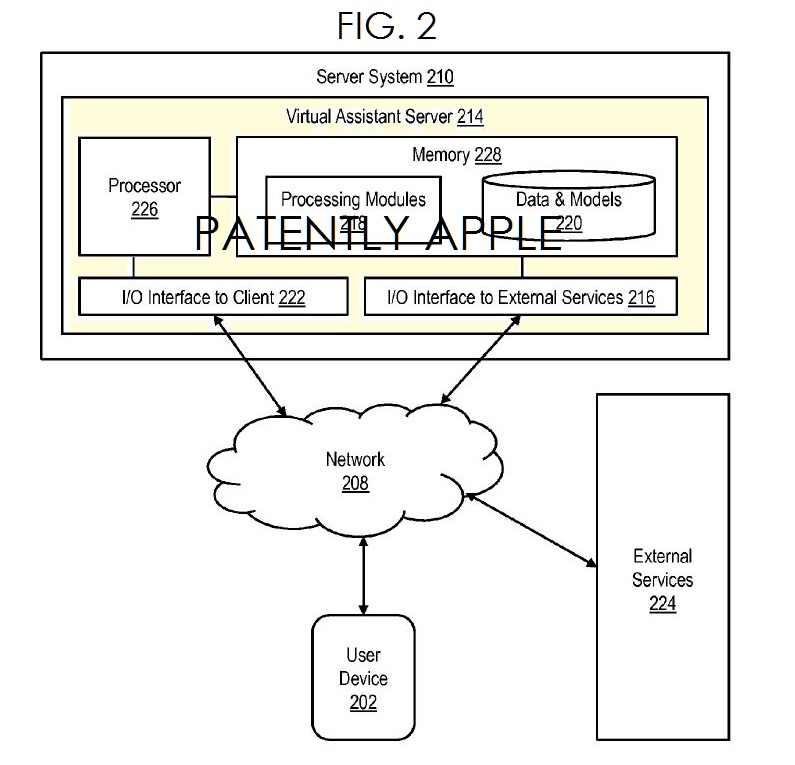 Apple's patent FIG. 4 noted below illustrates a functional block diagram of an exemplary electronic device such as an iPhone. 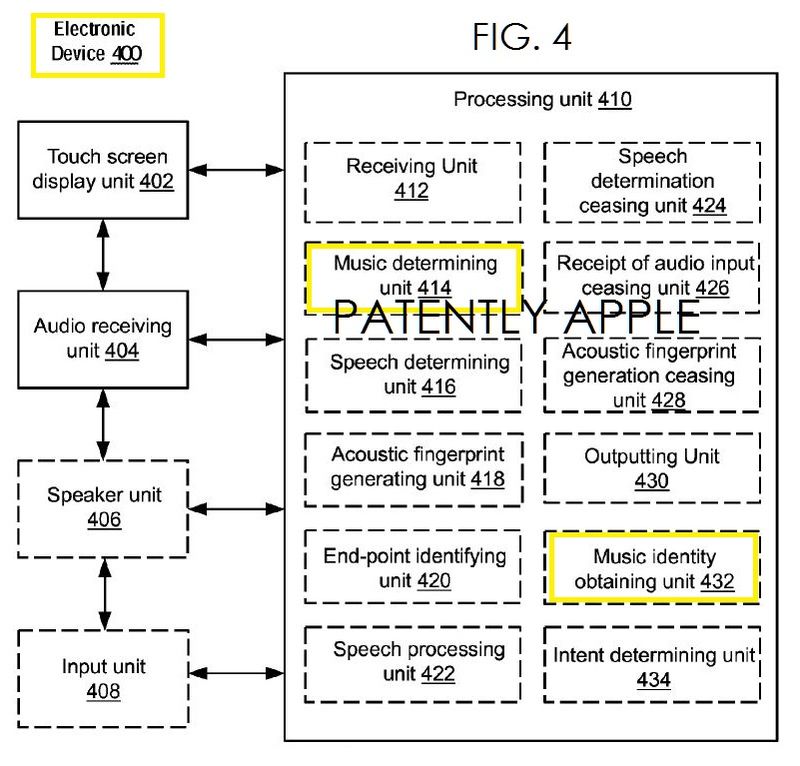 While Apple's patent application was filed in the US, it was discovered today in Europe. Apple originally filed for a patent in May 2014. Considering that this is a patent application, the timing of such a product using Apple's own patent pending technology to market is unknown at this time. The revelation of 'Hey Sir' working with Shazam could be found at around the 1hr. 21 minute mark of the WWDC event video found in our 2014 report.