Apple Invents Instantaneous Speech of Content on a Display

Today, the U.S. Patent and Trademark Office published a patent application from Apple titled "Instantaneous Speaking of Content on Touch Devices." Apple's invention relates to systems and processes for initiating and controlling 'content speaking' on touch-sensitive devices. This feature starts with a particular gesture that could be detected on a touchscreen for causing text to be spoken. Displayed content could be analyzed, and a determination could be made based on size, position, and other attributes as to which portion of the displayed text should be spoken. In response to detecting the gesture, the identified portion of text could be spoken using a text-to-speech process. A menu of controls can be displayed for controlling the speaking. The menu could automatically be hidden and a persistent virtual button can be displayed that could remain available on the touchscreen despite the user navigating to another view. Selecting the persistent virtual button could restore the full menu of controls, thereby allowing the user to continue to control the speaking even after navigating away from the content being spoken. 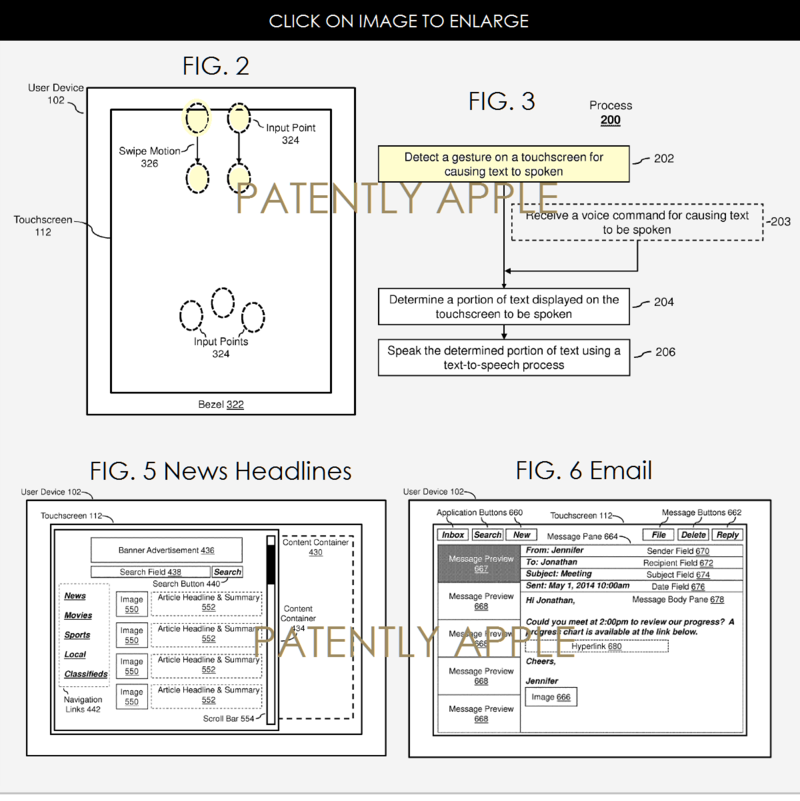 You could review this feature today under iOS 9 by going to Settings>Accessibility>Speech and turning on 'Speak Screen' and adjusting other controls. Below is a screenshot from my iPad to show you what the setup screen looks like. 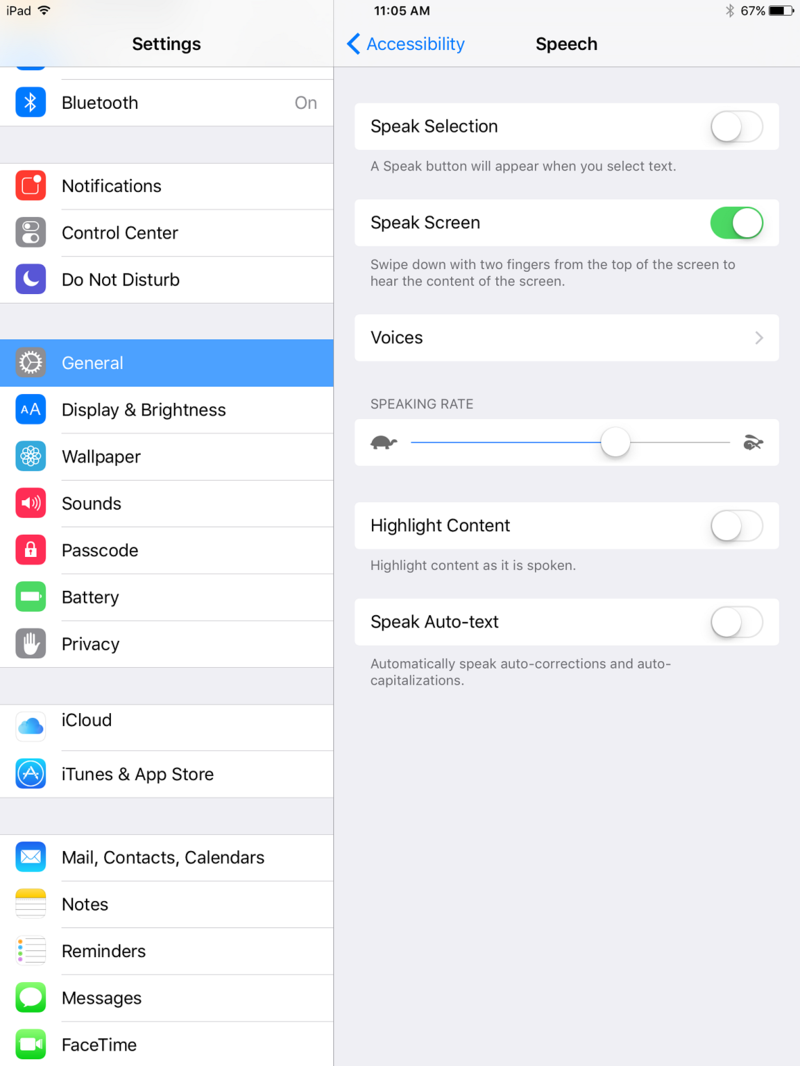