The U.S. Patent and Trademark Office officially published a series of 44 newly granted patents for Apple Inc. today. In this particular report we cover Apple's invention that envisions a future smart bracelet and other devices that use curved, flexible OLED displays and much more. We wrap up this week's granted patent report with our traditional listing of the remaining granted patents that were issued to Apple today.

Apple's newly granted patent covers their invention relating to smartphones and wearable devices like a smart bracelet that could use a flexible display. The patent also covers the implementation of bi-stable springs. 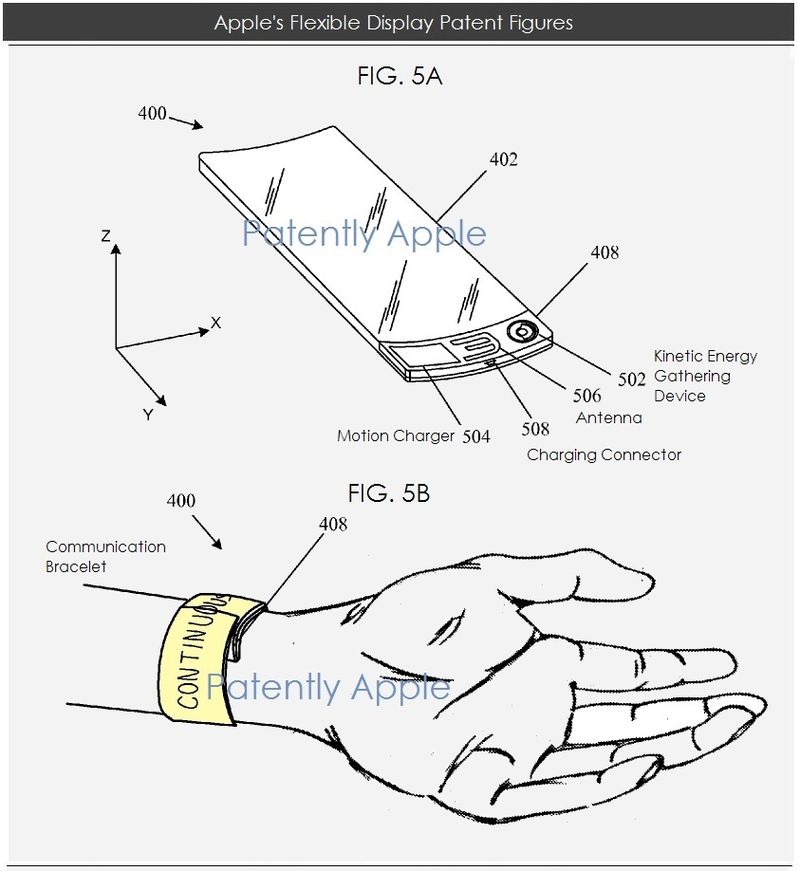 Back in February 2013 Patently Apple was first to reveal a major invention from Apple covering wearables like a watch or bracelet. It was exciting because it was a head of its time, well before Samsung ever dreamed of a smartwatch. The patent report covered a multitude of great features that these future devices could incorporate like using kinetic energy, blue light edge lighting, OLED displays and more.

Apple's granted patent 9,176,530 was originally filed in Q3 2011 and published today by the US Patent and Trademark Office.

Apple's newly granted patent covers their invention relating to a speaker box antenna for transmitting and receiving radio-frequency signals. This could have been the foundational patent for what Apple now calls the Speaktenna as noted in a recent interview with Phil Schiller.

Apple's granted patent 9,178,268 was originally filed in Q3 2012 and published today by the US Patent and Trademark Office.

One of the design patents granted to Apple today covers the Lighting Digital AV Adapter under number D742,320 that was originally filed for in February 2014. 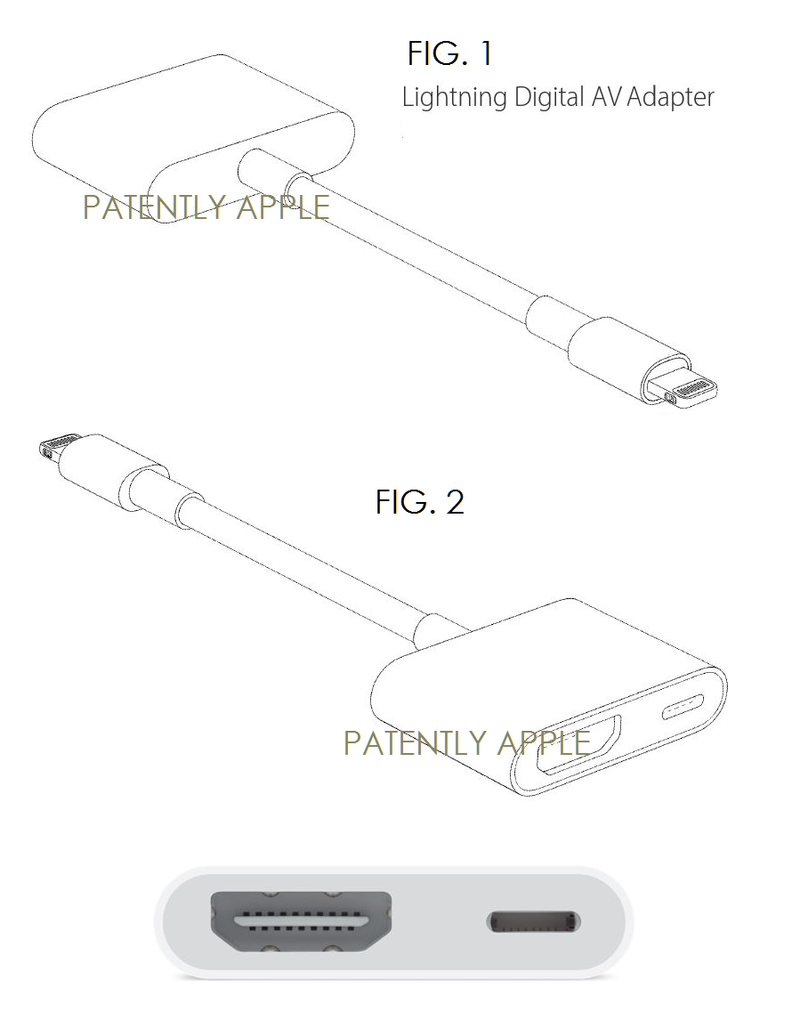 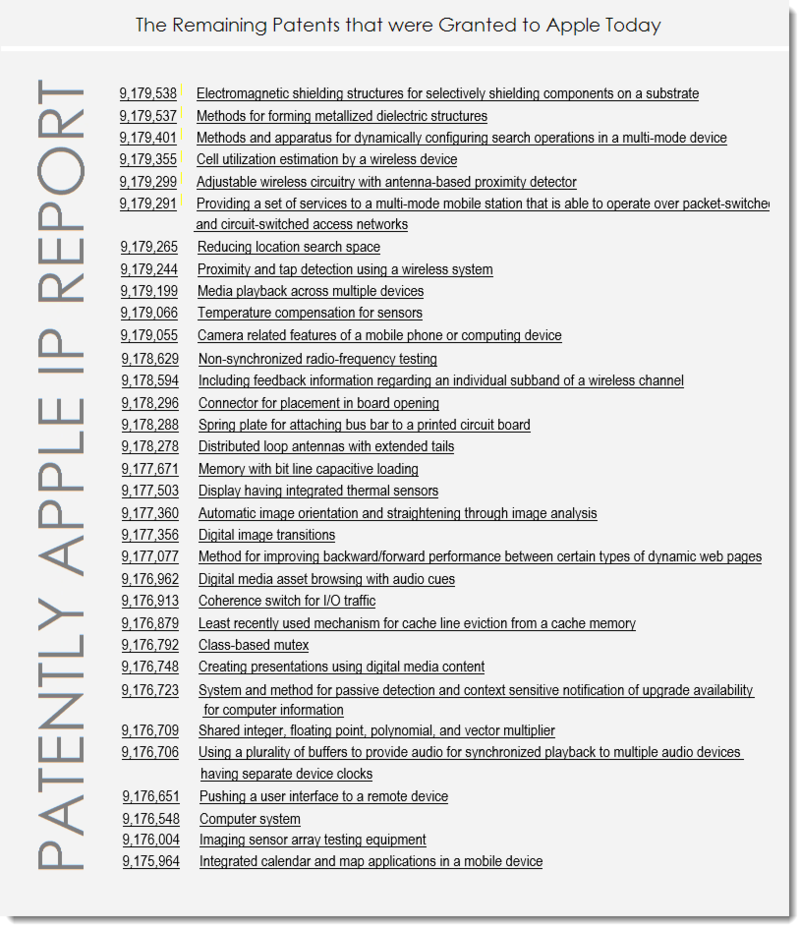