Yo, Elon Musk tries to Backtrack on his Comments against Apple

They say a picture is worth a thousand words. But 'believable' isn't one of them. After purposely bad-mouthing Apple in a German newspaper yesterday, Elon is now backtracking like Aaron Sorkin did insincerely. The two tweets noted above and below were made on his Twitter site later on Friday well after his initial comments that caused such a ruckus. Sorry Elon, you can't have it both ways. 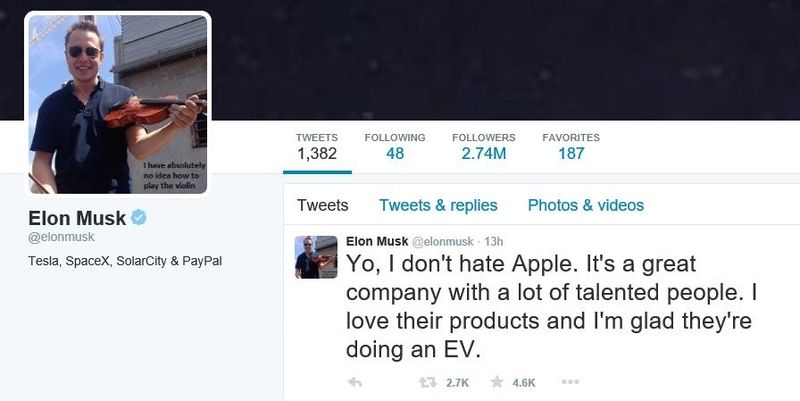