According to a new Kantar report, the wearables market is still in its infancy with only 3% of the U.S. population age 16 and up owning a smartwatch or a smartband. The figures are based on a survey conducted in late August among eleven thousand consumers. Despite the numbers, manufacturers, ecosystem owners, and developers all see significant opportunities ahead. 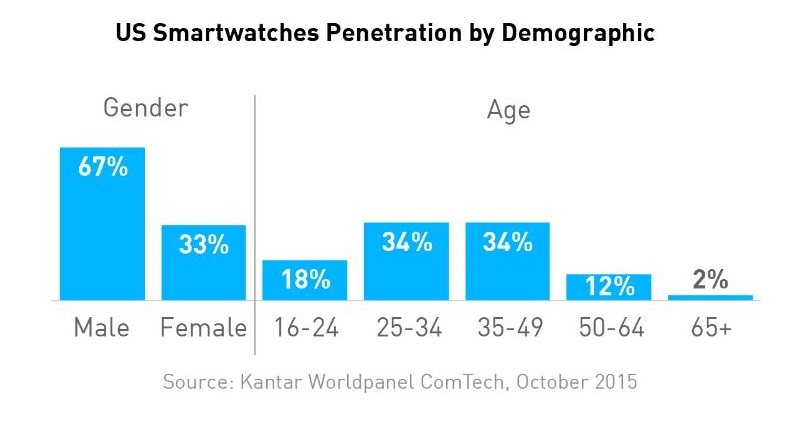 Smartwatch ownership follows the classic early adopter profile – more than two-thirds of smartwatch early adopters are male, and one out of three are between the ages of 25 and 34. Vendors like Apple use greater attention to design and personalization to appeal to non-tech lovers. The results of those efforts have not yet completely materialized.

Among panelists who knew what a smartwatch or smartband was, 92% connected Apple to the category, far more than any other brand. This was followed by Fitbit in second place with 47%, with Google (34%) edging out Samsung (33%) for third place.

Smartwatch rejecters not intending to buy in the next twelve months are equally divided between men and women, but tend to be older, with 29% of them between the ages of 50 and 64. Device cost is the most frequent reason given by these "non-intenders" (41%), with the second most common reason given being that their phone already does everything they need (33%). 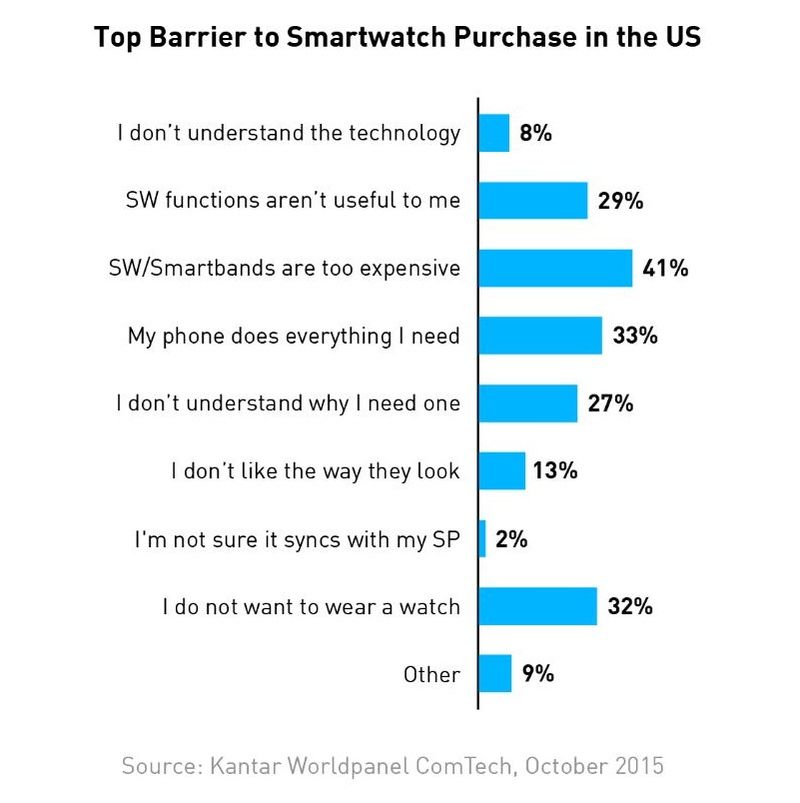 Finally, Carolina Milanesi noted in her report that "It's not a surprise that price and the clear lack of use were the main barriers to purchase."

And yet with all that data, the real test will come down to how well the Apple Watch will sell during the all-important holiday season. Remember that a watch of any kind is more a gift item than other types of iDevices. Will it mirror how retail sales are in general where the vast majority of sales are lopsidedly in Q4? Time will tell if that's how it plays out for the Apple Watch, but that's where I'm placing my bets for this year. If you see it differently send in your comments below.