According to a new study, "Global smartwatch shipments grew a healthy +510% YoY to record levels in Q3 2015. The market was again dominated by Apple Watch, with a crop of new models emerging from the Android Wear chasing pack, such as Motorola, Samsung, LG and Huawei. Samsung was a distant second to Apple, but it is poised for more meaningful growth when the Gear S2 ships in larger volumes in the Q4 holiday season. Market-pioneer Pebble held on to a top-5 ranking in Q3, but it is struggling to compete with the Apple juggernaut." The real shocker could come during the holiday season. While mechanical watches have been great sellers in general in the past, this could be the first year where the Apple Watch could make a surprising dent in that market. Earlier this month Tag Heuer's CEO said that the "Apple Watch is a huge problem" on the lower end of the market. And it's only likely to become a bigger headache for the Swiss watchmaker during the holiday season. 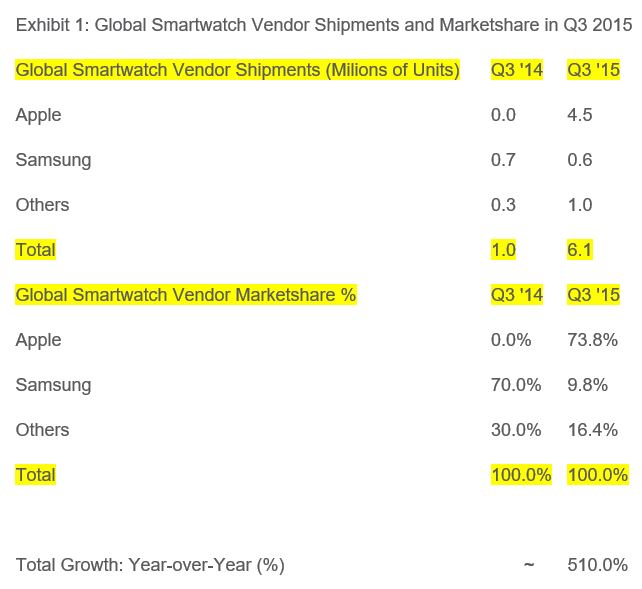