Apple reviews and celebrates the iMac in light of its progress since introducing it back in 1998. The progress over the last 17 is of course has been nothing shy of staggering and Apple has pointed out a few key facts and fun figures as noted in our jumbo graph below to help us visualize the changes over time.

For a basic overview of the new iMacs released today you can check out our initial report covering the heart of Apple's Press release or get more specifics by checking out the new iMac specifications page and take a peek at its refined design. 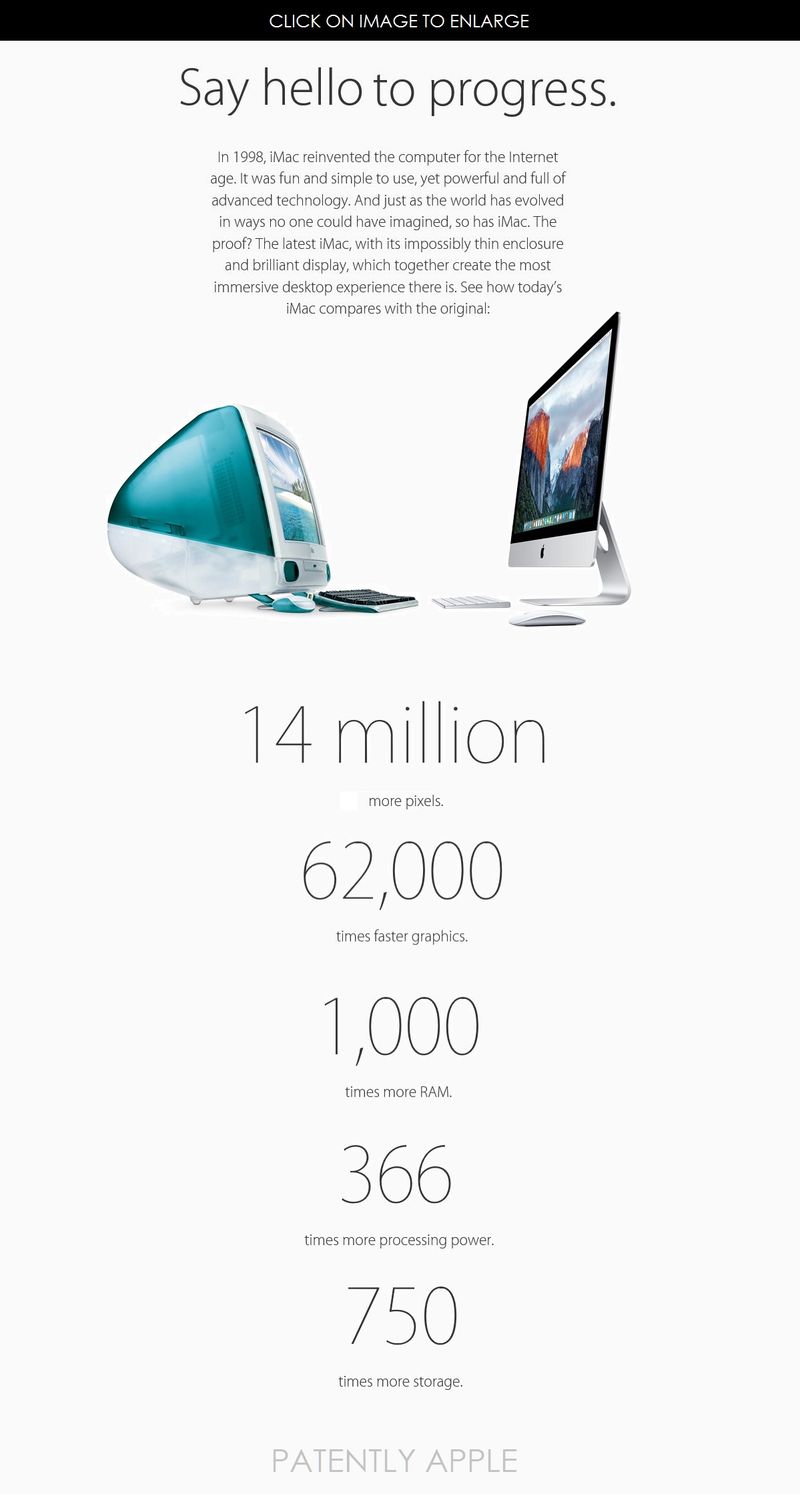 Apple updates all of their iMac's 'Magic' Accessories 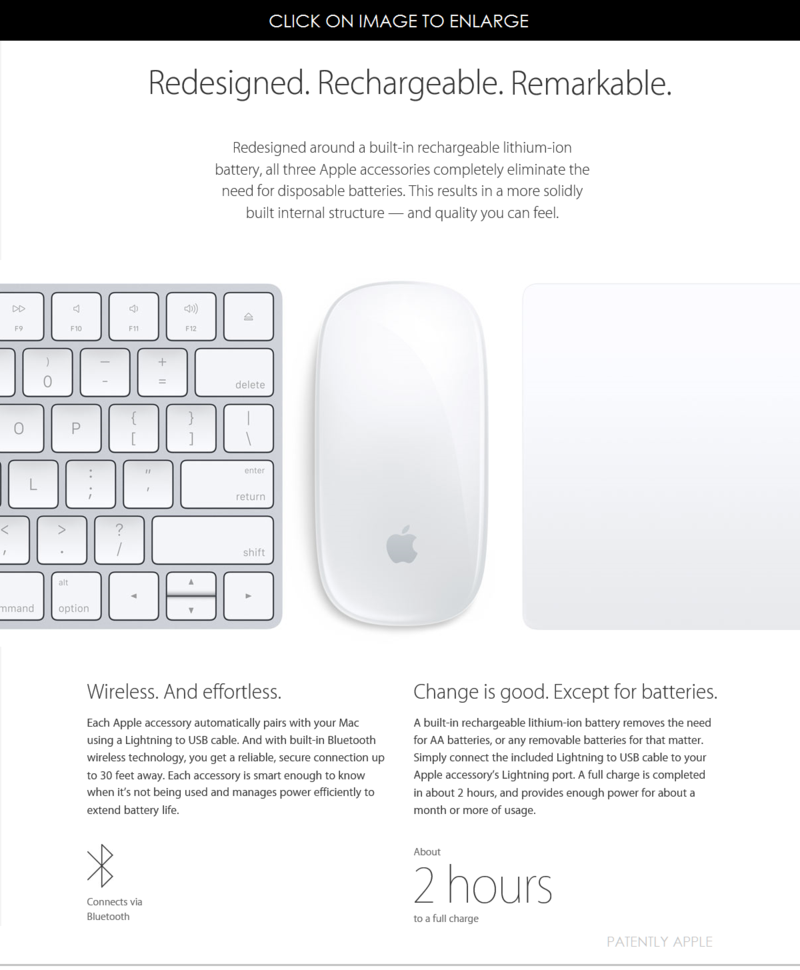 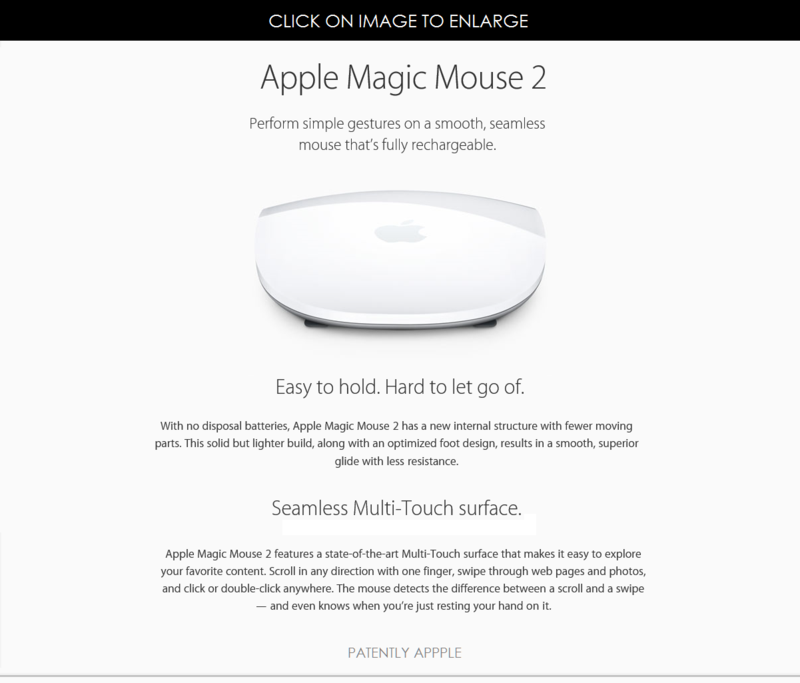 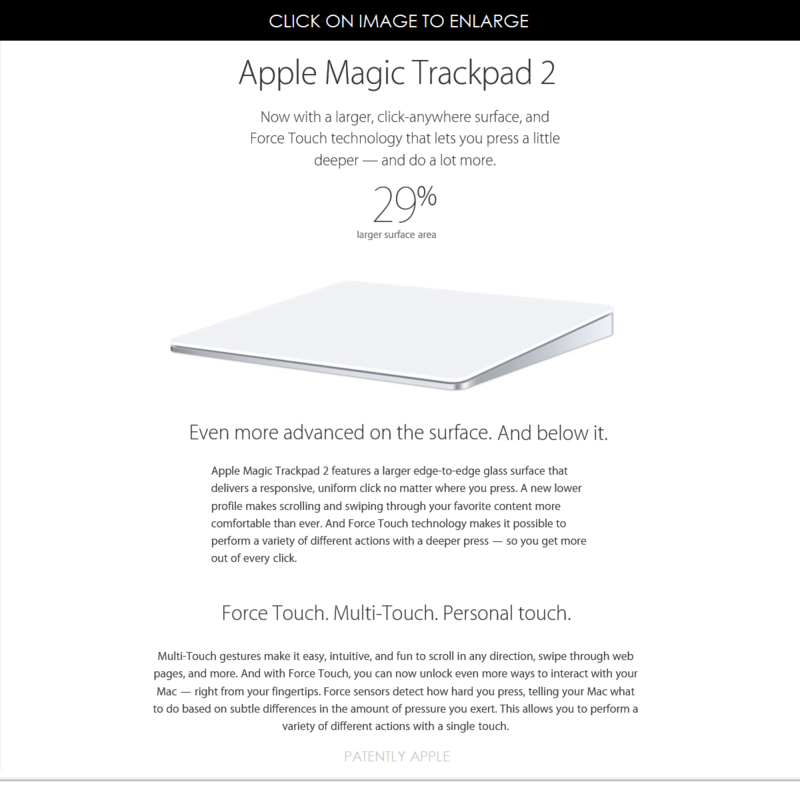 Geofrey Fowler of The Wall Street Journal reviewed the new iMacs today. Fowler wrote that "Even as Apple carries the banner of the post-PC world with large smartphones and even larger tablets, it isn't done tweaking its desktop computer. On Tuesday, Apple updated its line of iMacs with some nice-to-have display and input technologies that you won't find on other consumer desktops."

Fowler adds that "After using the new iMacs for a few days, I was reminded of why they're my favorite computers: It's all about that screen. The new displays underscore the appeal of the desktop for hours of immersive work like writing and creating images.

But of course every review has to find a fly in the ointment and in today's review Fowler notes that "Biometrics are no longer a novelty. Apple should have built TouchID into its new trackpad or keyboard—or even inside the Apple logo on the iMac's face."

Of course we revealed this morning in a new report that Apple was granted a patent for just that, biometrics for Macs be they notebooks or desktops. So at least we know that Apple has it on the drawing board and is likely to bring it to market on the next update next year. Of course, Apple could always decide to use advanced facial recognition as Windows 10 has done with their Hello Windows feature. Which method will Apple choose to quicken a user's login process on Future Macs? Only time will tell.