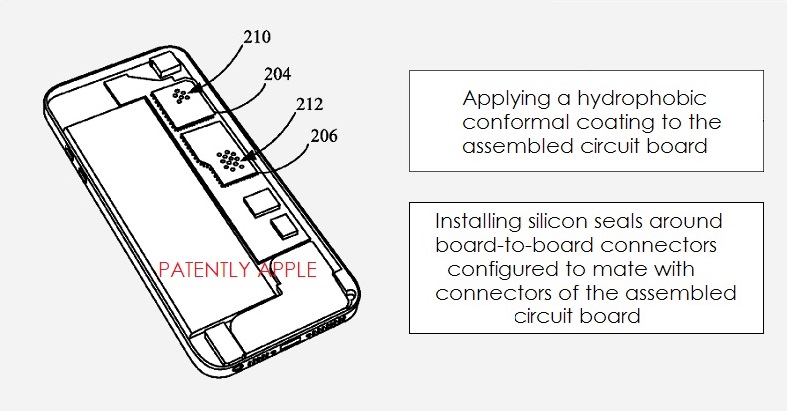 This past March we reported on a patent application from Apple titled "Apple Invents a Waterproofing Method for Future iDevices using Hydrophobic Conformal Coatings and Silicon Seals." It was a patent recently pointed to in the iFixit teardown of the iPhone 6s. The iFixit review noted that "The logic board brought a bigger surprise. Every cable connector on the board—from the battery and display, to the Lightning port and buttons—is surrounded by what appears to be a tiny silicone seal. Those little connectors are the most vulnerable bits of the device—quick to short out and corrode during unplanned aquatic excursions. Apple filed a patent for waterproof silicone seals on board-to-board connectors just this past March. It appears this is one patent they've rapidly put into production." Today, this patent has been granted (9,161,434) by the U.S. Patent and Trademark Office. For more details, see our full report.