Today, the U.S. Patent & Trademark Office published a patent application from Apple that reveals an invention focused on reducing or eliminating board-to-board connectors on printed circuit boards of devices such as the iPhone, iPad, MacBook, iPod touch, televisions, TV remote controllers and beyond in order to make the devices thinner or to be able to add more components within the same space.

Apple specifically states that "As electronic devices become smaller, the space within any given device becomes more valuable and adding functionality in the form of electronic circuits, modules, components and the like becomes more difficult. In some instances, connectors (such as board-to-board connectors) consume a large percentage of the available space on a circuit board within an electronic device. As such, smaller connectors, or connectors that do not require offsets from other components, may be useful and may free up space on a circuit board." 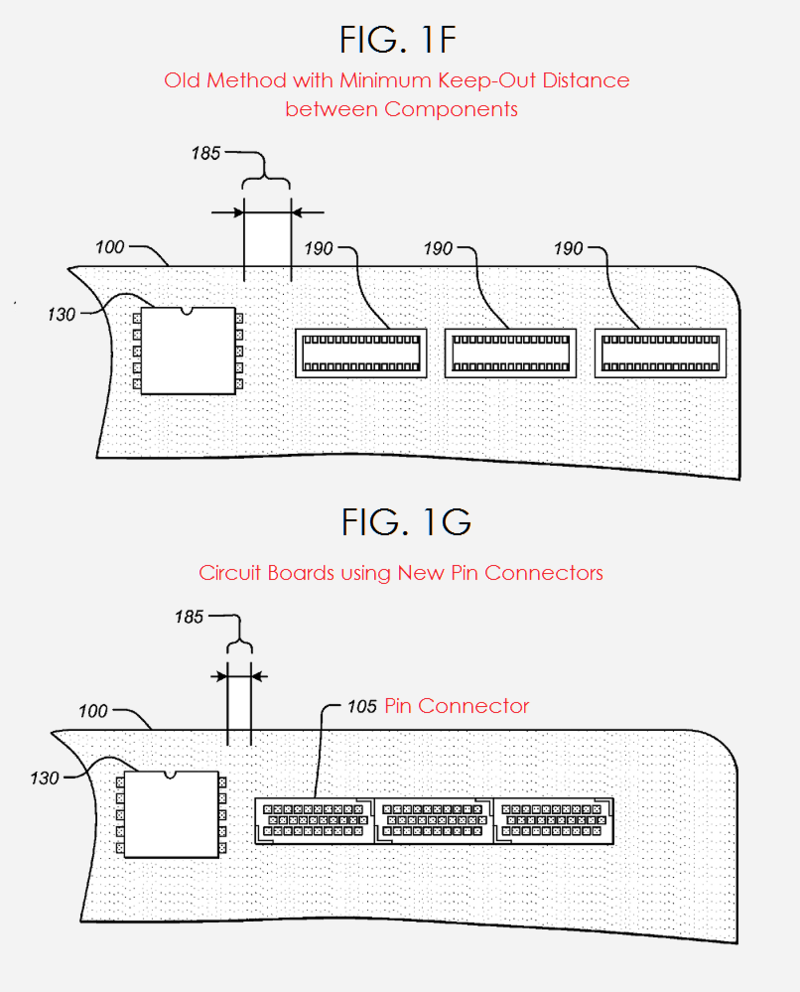 Apple's FIGS. 3A and 3B show a close-up of the new connectors while FIGS. 4A and 4B illustrate how components could be placed on the printed circuit board in a higher density to reduce space and/or make room for new components in the same space within a device. 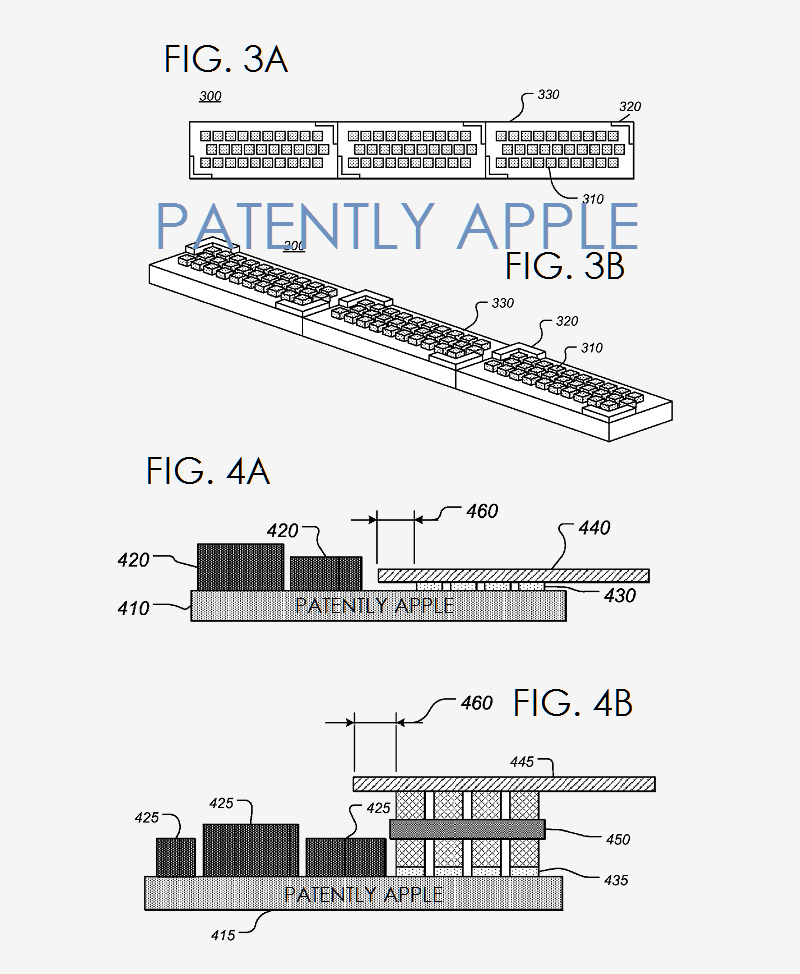