Over the years Samsung has generated a plethora of patent applications regarding foldable and flexible displays and devices. It's a market that some predict will be the leading form of display by 2020. The first foldable smartphone is due to arrive in the market in late 2016 or shortly thereafter. Samsung continues to dream up new foldable devices in the hopes that one will finally make it to market in the not too distant future. Below you'll find an intro to their latest design that Patently Mobile covered earlier today.

In late 2014 a Samsung executive talking with Wall Street Analysts stated that the company would deliver a foldable device by the end of 2015. That was said to appease the market after having just announced that they had a disastrous quarter due to poor Galaxy smartphone sales. In a report found in Korea yesterday we learned that at the last moment "Samsung scrapped a plan to unveil a new Note-branded device called the 'Fonblet'" at the IFA event that just finished in Berlin last week. Was that Samsung's imaginary foldable product that they forecasted would debut this year? More than likely. 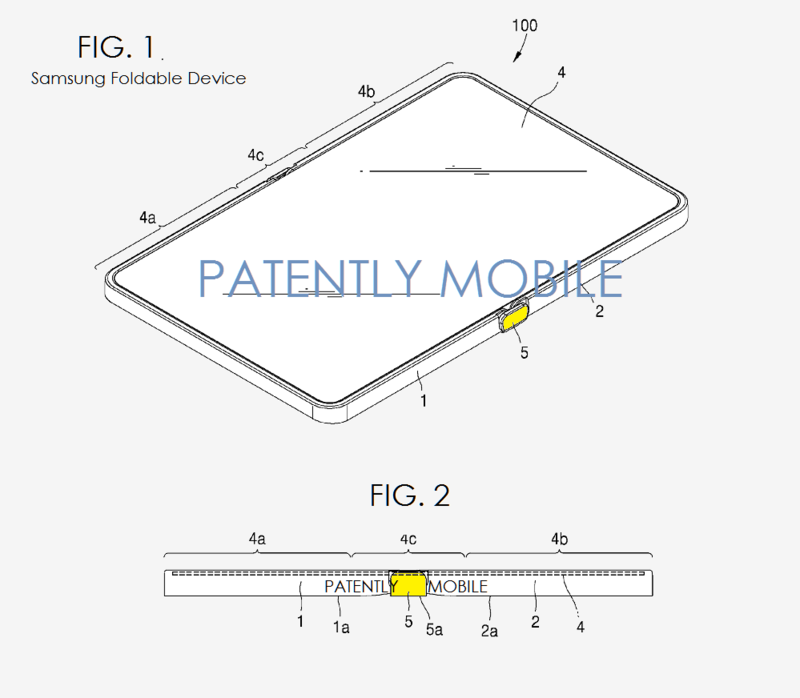 Samsung notes that the folding mechanism is under the display and the flexible OLED display is designed to fold in the middle using and elastic unit configured to apply a tensile force to the flexible display device at the unfolded position.

In June, a Korean Patent surfaced showing us a prototype (or CAD drawing) of a tri-fold device as noted below.

Unfortunately prototypes from Samsung are basically meaningless marketing tools. Back in 2009 Samsung was at CES showing off their latest two-display smartphone that was due in "one year" and affordable in "one or two years." Six years later and there's only air to show for it. Considering that Samsung can't copy another company's design, they're finding it very difficult to actually deliver on their paper tiger inventions.