Yesterday Firefox began the roll out of their first public preview version of the Firefox browser for iOS in New Zealand. Firefox is aiming to have their browser in the App Store by the end of this year. 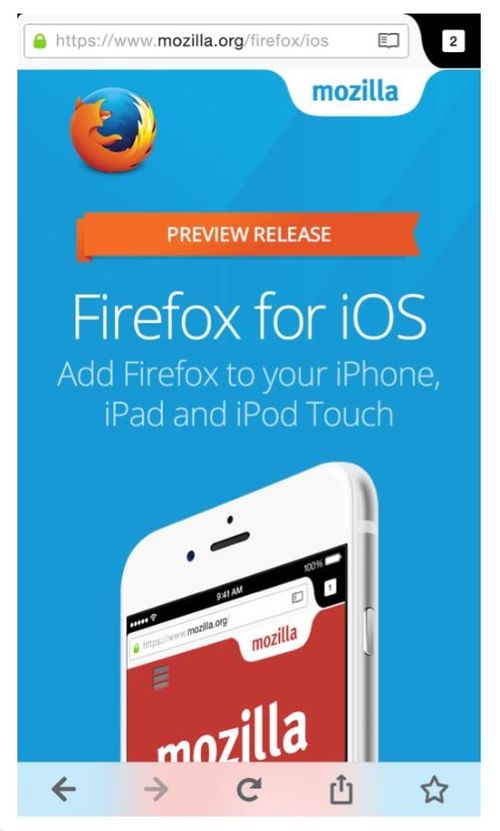 Firefox noted yesterday that they want "to bring Firefox to every language, platform and device possible." They further noted that "Although we can't bring the full Firefox experience and rendering engine to iOS due to the restrictions, we saw an opportunity with the latest improvements and tools in iOS 8 to begin development of a Firefox experience for iOS.

The Firefox team has been working hard on development of this new browser over the past few months. We are sharing source code in Github for the brave early testers and are also preparing for a limited Firefox for iOS Beta soon. Of course, we would prefer to have a large, open beta, but we must work through the required development and release process to get a Firefox app tested on iOS to get it ready to share with the world."

To stay on top of developments regarding Firefox for iOS you could sign up here.