When launching the reinvented Apple TV device last week Apple noted that the all-new Apple TV was built from the ground up with a new generation of high-performance hardware and introduced an intuitive and fun user interface using the 'Siri Remote™.' Well, the trademark symbol presented beside 'Remote™' may be a little premature as Apple just filed for this trademark with the U.S. Patent & Trademark Office. Although the filing was made public today, the actual date is noted as being September 9, 2015, the day that the Siri Remote was officially launched during Apple's Hey Siri San Francisco event. One more thing: Apple hints in their trademark filing that Apple TV will become the hub for home automation as we predicted back in 2014. 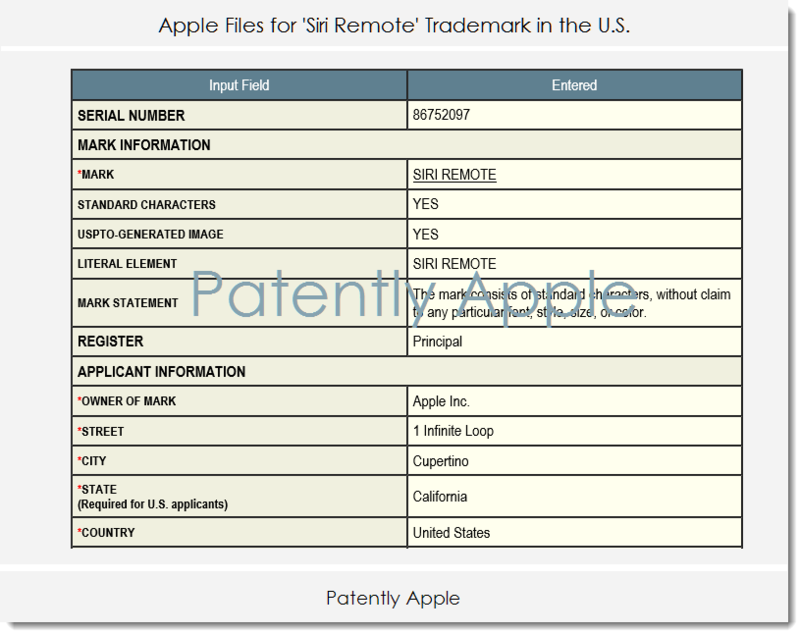 Apple's idea of a home automation system may have humbly started with an Apple patent application filed back in January 2010 regarding a smart-home energy management dashboard system. Then came word that Apple was about to introduce a new smart home platform during their 2014 World Wide Developer Conference (WWDC). That became reality with the introduction of Apple's new HomeKit that revealed "Siri Integration" as noted as the last point of the slide presented below from WWDC 2014. 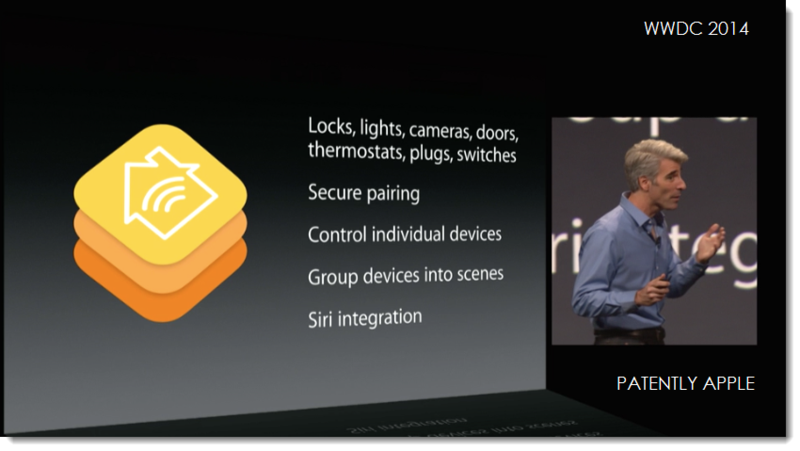 In a Patently Apple special report covering Apple's WWDC event specifically on HomeKit, the following was stated: …it's very possible that Apple could be thinking of integrating their new Home App right into Apple TV and finally bringing to market a true in-home digital hub that we've been waiting for. Is it a pipedream? Only time will tell.

When Apple introduced the new Apple TV last week with the Siri Remote I was hoping to see Apple introduce a Home Automation app/service. That didn't happen but Apple has provided us with the best clue yet that this is exactly what will occur over time. Buried in Apple's International Class 009 verbiage is found the specific term "home automation hubs" associated with Siri Remote as highlighted below.