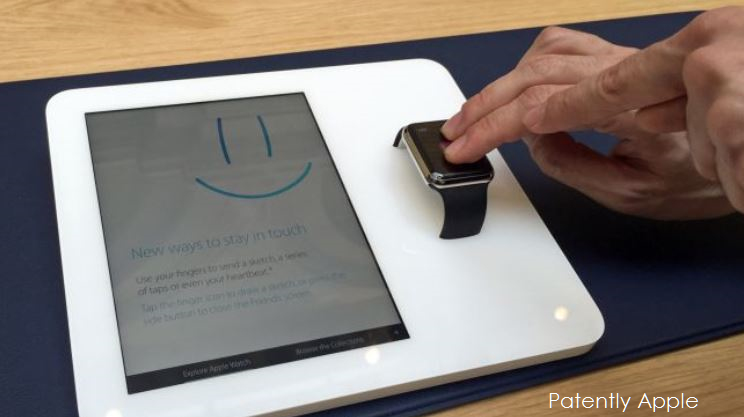 Today, Apple reveals in patent application 20150245722 that their new in-store retail displays may extend to the iPhone in the future. 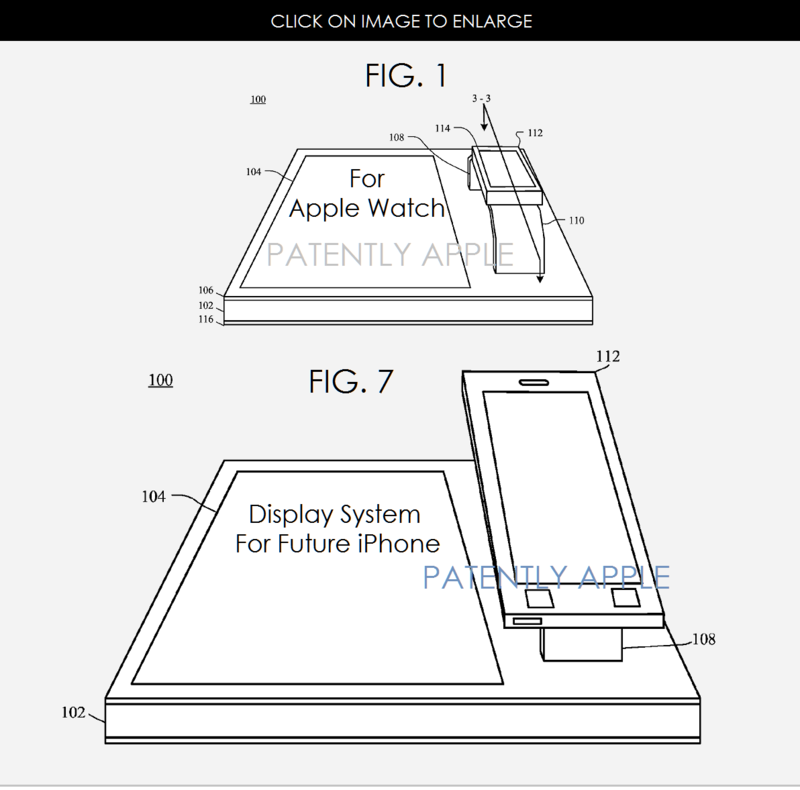 In some embodiments, the receptacle may be included below a removable foot of the product merchandising fixture which may be adhered by magnetic attraction so as to be removable. Removal of the foot portion may expose the charging receptacle.