Apple was granted 4 design patents today covering the Genius Bar Display System that is found in all Apple Stores along with two iPhone user interfaces representing Control Center and FaceTime. The fourth was for a paint brush icon. 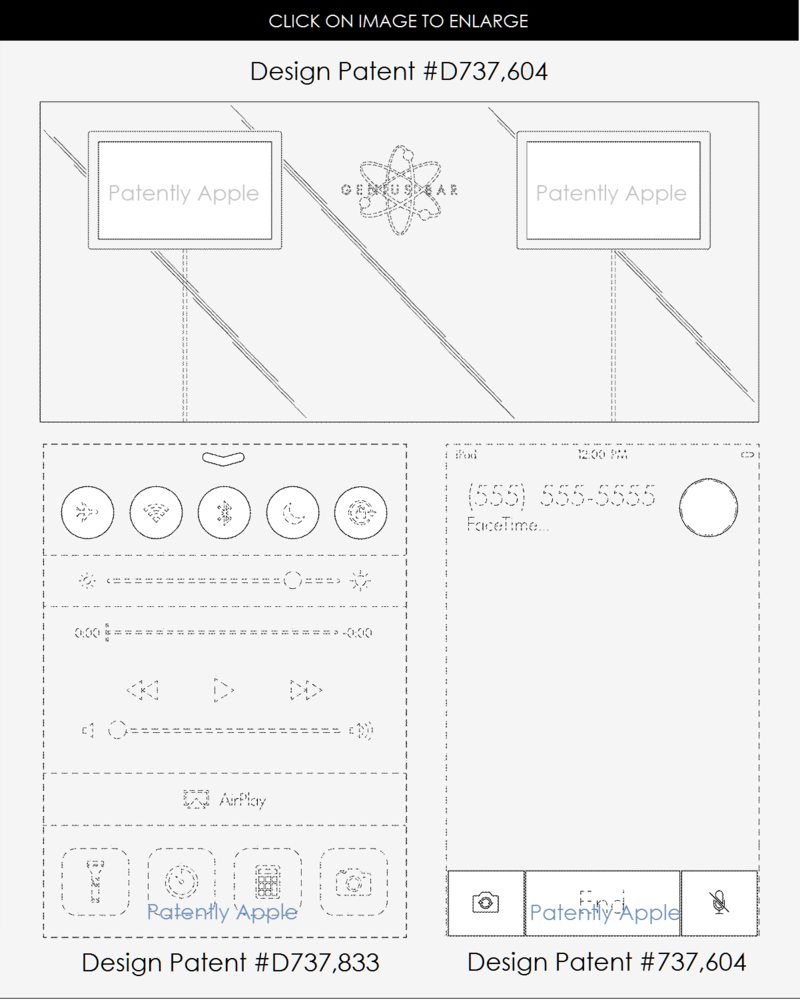 Apple's Control Center is a feature of Apple's iOS operating system that was first introduced as part of iOS 7, released on September 18, 2013. It gives iOS devices direct and quick access to important settings for the device by swiping a finger up from the bottom of the display. 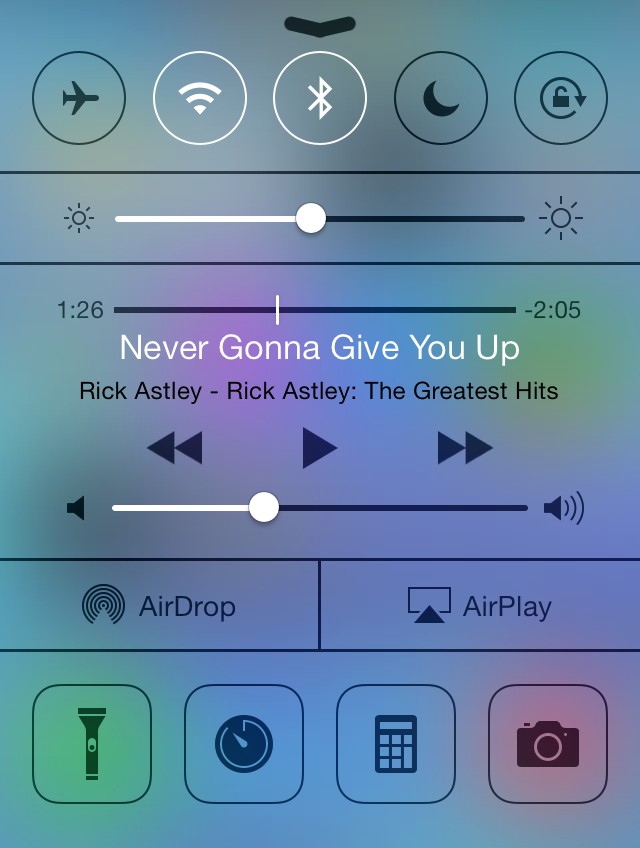 Apple's FaceTime is a videotelephony product. It's available on supported iDevices like the iPhone and iPad as well as Mac computers.

The Apple Store Genius Bar is a tech support station located inside some Apple retail stores, the purpose of which is to offer help and support for Apple products. 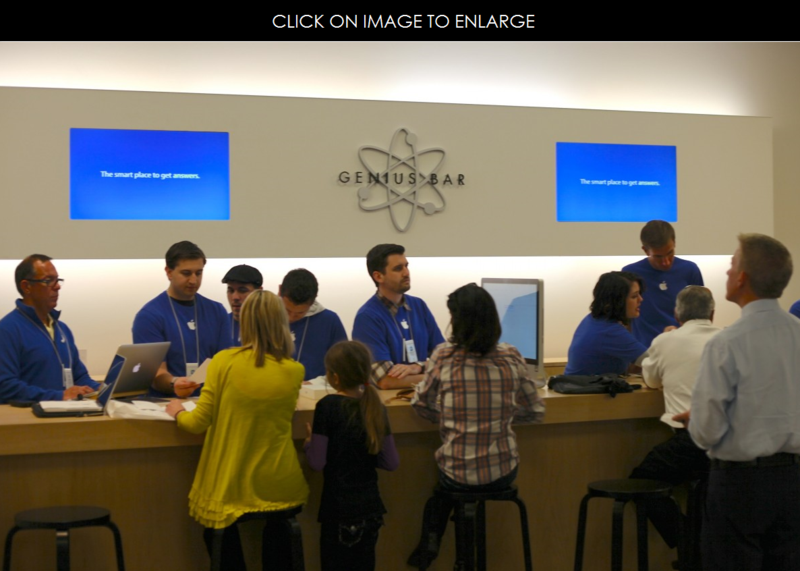