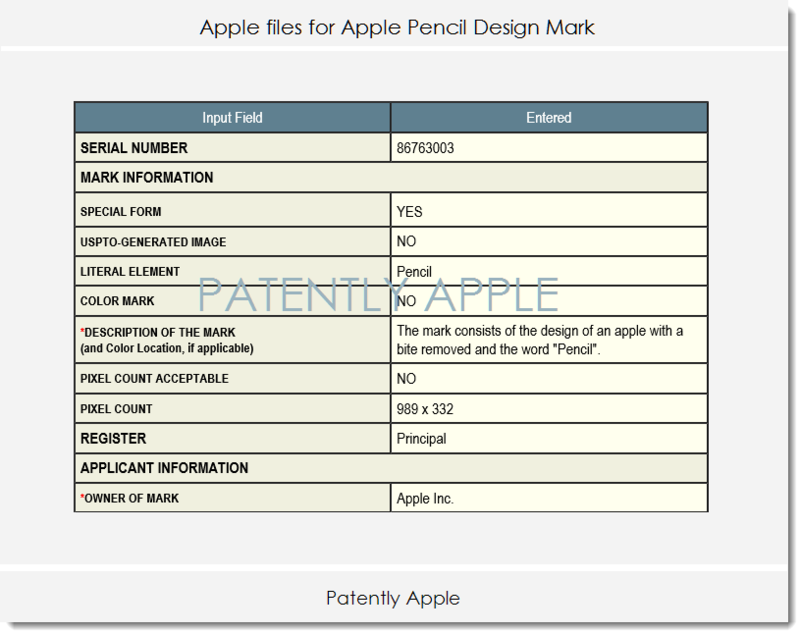 According to the U.S. Patent and Trademark Office's documentation, the trademark was officially filed under International Class 009. Apple's filing presented the following specific verbiage for this class as follows: "input devices for computers and handheld mobile digital electronic devices."