The iPhone 6s debuted last week and will go on sale on Friday September 25th in the twelve first tier countries as noted below. 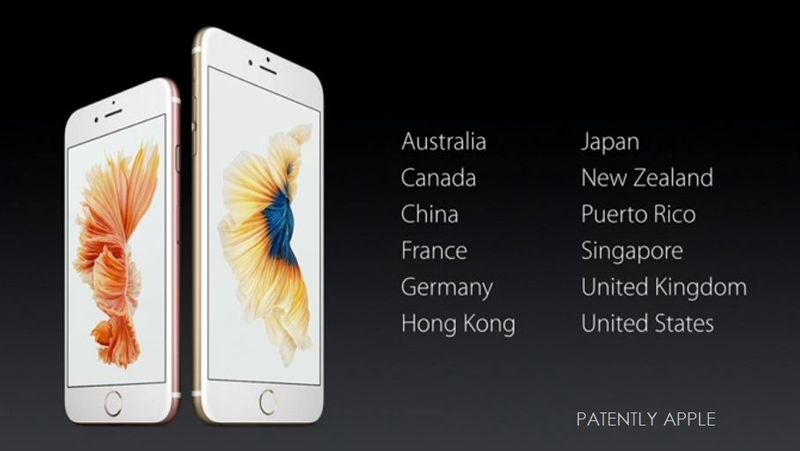 A new report points out that France will be the most expensive place in the world to buy Apple's new iPhone 6s, with consumers paying up to 30 per cent more than those in the US for the entry-level model.

While prices for the latest iPhones have remained the same as last year's models in the US, UK and other countries, the dramatic weakening of the euro in the last 12 months means French and German consumers are both paying €40 (£29) more for the 16GB iPhone 6s than they were for the equivalent iPhone 6 when it went on sale last year.

The jumbo graphic below that you can enlarge by clicking on the image will graphically illustrate the pricing scale of the iPhone 6s around the globe. Note: depending on the browser that you're using, you may need to click on the map to get the first size of the map and then click on the image a second time to get the maximized size. 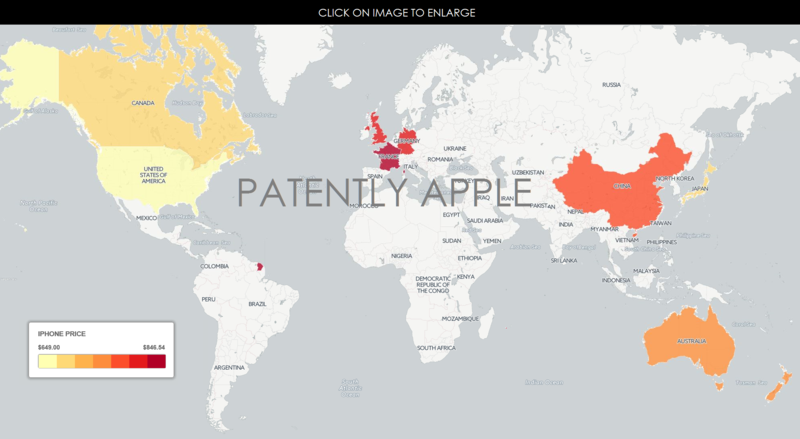 The report further noted that when international prices are converted into dollars, the UK comes out as the third most expensive place to buy the 16GB iPhone 6s. Its £539 price converts to $832.73, which is $183.73 more than the US price advertised by Apple for an unlocked device.

This picture is slightly complicated by sales taxes. Apple's advertised prices for the UK and several other countries include sales tax, but do not in the US or Canada, where taxes depend on the state or province. New York, for example, takes 8.875 per cent, but in certain states there is no sales tax.

Of course, Apple isn't making 30 per cent more revenue per iPhone in France than in the US, because a lot of the extra price is in taxes.

The strength of the dollar means prices have also risen in Canada and Australia, although Canada is still relatively cheap compared to the rest of the countries that will get the iPhone. Puerto Rico, a US territory that uses the dollar, directs customers to the US Apple Store.