The Samsung event that was held at the Lincoln Center in New York today was deadly focused on the new Galaxy S6 edge+, Galaxy Note5 and Samsung Pay. Some of the highlights included improving their smartphone's face camera to provide a better viewing angle for selfies as noted in our cover graphic. They also improved their wireless charging so that a phone could go from zero to fully- charged in two hours. The new smartphone's offer a display that measure 5.7 inches while actually being in a smaller form factor than the iPhone 6 Plus. For eager Samsung fans, the new smartphones go on sale in the US and Canada next Friday, August 21, 2015. 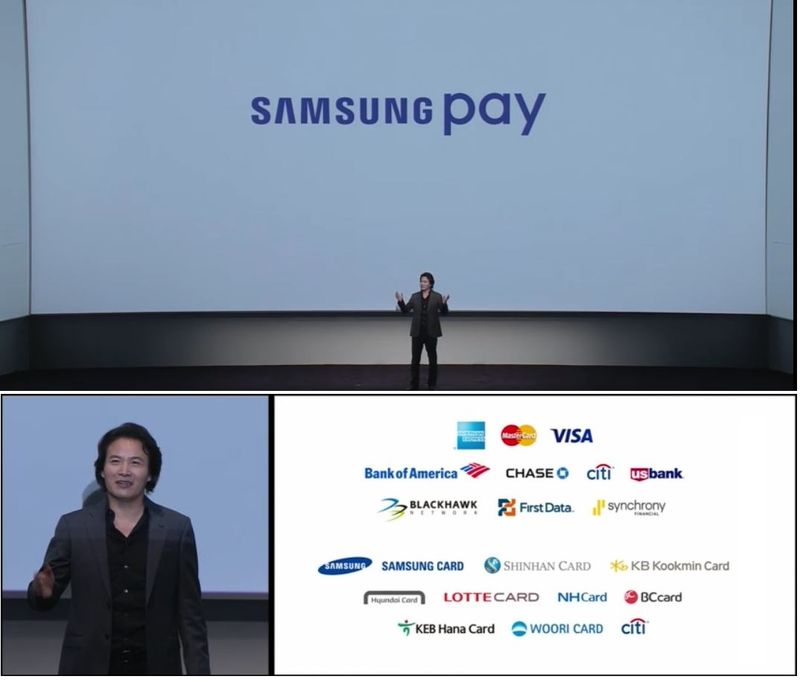 Samsung made a big deal out of Samsung Pay and believe it will be better received than Apple Pay as it could be used anywhere, even if your local merchants don't use the new NFC readers.

Samsung also announced that their reinvented Gear smartwatch will debut in Germany during the IFA event held between September 4 and 9.

One of the new Galaxy smartphone features introduced today that might get some buzz from Androiders is a new camera app called Live Broadcast which is their version of apps from Periscope and Meerkat. Samsung's app will work directly with YouTube. 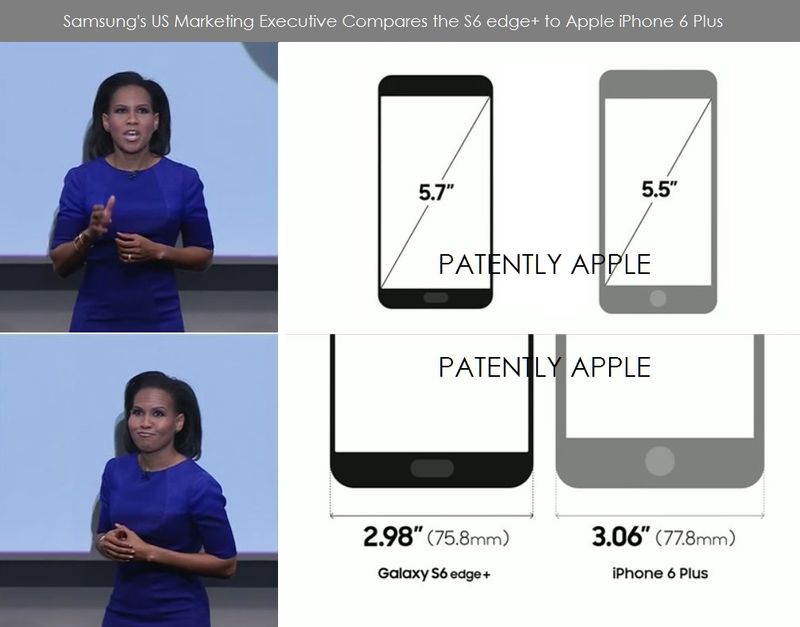 During one segment of the S6 edge+ keynote, Samsung's Alanna Cotton, VP of Product Marketing America, pointed out that the new smartphone had a larger display than the iPhone Plus and yet overall had a smaller form factor. Alanna added, the numbers don't lie.

All in all if the S5 failed to register with the Android base, I'm not quite sure that there's enough pizazz with the new models introduced today to matter. If it happens to be time for an Androider to upgrade, they'll luck out and get better specs. But I don't think that it'll win over any new Android fans in any market that it's in.

In the end, It's a nice design overall as it draws so much from the iPhone 6 Plus - and if users can live with the Android OS and its ecosystem of apps (and malware), then in could be considered a decent upgrade.