Is Apple's CEO Tim Cook a Hypocrite of the Highest Order? 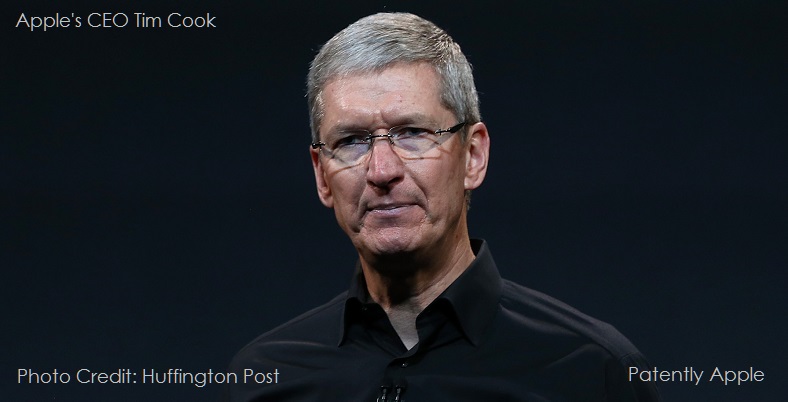 There have been many negative reports about the Apple Music experience since that time. The most recent is today's MacNN report by Sanjiv SathiahIf who had a lot to say. At one point in his report he stated that "If you, like me, typically prefer to listen to albums rather than shuffling songs, listening to radio or listening to playlists, Apple Music as it stands just tramples all over the old interface in favor of an interface that puts the Apple Music streaming service first. Even, then, the music playback UI is still horrible."

He concluded his report by stating that "The only solution I can see is Apple doing what it probably should have done in the first place: make the Apple Music subscription service its own app, as the Beats Music app was, separate to its Music playback app." Okay, I'll give that a hearty Amen.

Sathiahlf's report further pointed us to an Apple developer/blogger by the name of Marco Arment who recently wrote a story called "Don't Order the Fish." Specifically Arment wrote that "With the introduction of Apple Music, Apple confusingly introduced a service backed by the iTunes Store that's confusingly integrated into iTunes and the iOS Music app (don't even get me started on that) and partially, maybe, mostly replaces the also very confusing and historically unreliable iTunes Match.

So iTunes is a toxic hellstew of technical cruft and a toxic hellstew of UI design, in the middle of a transition between two partly redundant cloud services, both of which are confusing and vague to most people about which songs of theirs are in the cloud, which are safe to delete, and which ones they actually have.

Even Jim's [Jim Dalrymple] follow-up piece, after meeting privately with Apple in PR-damage-control mode, is confusing at best about what actually might have happened, which is completely understandable because it sounds like even Apple isn't sure."

This frustration about Apple Music is spilling over to mainstream media. In late July Forbes contributor Ewan Spence wrote a report titled "Frustration And Anger As Apple's Reputation Tumbles." Spence wrote that "It has been hard to enjoy Apple's recent releases over the last few months. Updates for iOS appear to be arriving monthly to introduce more bugs than are fixed, OSX is focusing more on eye candy and cloud integration rather than a stable working environment, and Apple's online services are more focused on making money than providing better user experiences. The shine is coming off Apple."

Business Insider piled on Apple Music yesterday and days earlier, pointing to even John Gruber making note of the scattered Apple Music keynote by Eddy Cue and company as noted below in one of his recent tweets.

And with all this anger being vented in the Apple community I couldn't help but think back to how Apple's CEO and his buddies were all too glad to hang Scott Forstall in public for a minor Apple Maps snafu. The Maps problem didn't affect 99% of Apple users but they still used that as an excuse to fire Forstall if not humiliate one of the greatest Apple executives that helped propel Apple to greatness with superior software for the iPhone.

In an October 2012 report we noted that Jessica E. Lessin of the Wall Street Journal reported "executive Scott Forstall was asked to leave the company after he refused to sign his name to a letter apologizing for shortcomings in Apple's new mapping service, according to people familiar with the matter. The incident was the latest clash between Mr. Forstall, who oversaw Apple's mobile software unit, and other executives at the company."

Between Apple having lost its ebook case to the tune of $450 million and Eddy Cue being defiant about the case, Cue's poor keynote introduction of Apple Music, the terrible way Apple Music is in your face and confusing Apple iTunes fans, I see this as being 10X worse than Scott Forstall's fumble.

And Since Forstall has left the company Apple's software has experienced its worst string of bad software to date that has really angered devoted Apple fans. What happened to Scott Forstall was a political hack move and using the Maps incident was a joke. With the latest string of real software messes, will Eddy Cue or other heads roll? – of course not. Cook's closest buddies are protected no matter what happens and how much Apple's reputation for quality software slowly goes down the drain publically.