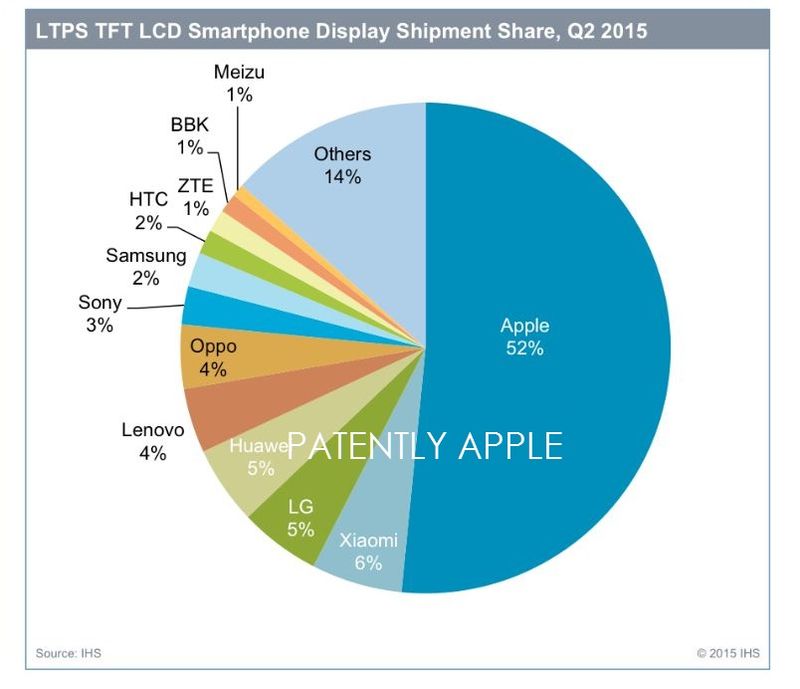 Hiroshi Hayase, director of analysis and research for IHS Technology states in the report that "Apple adopted wider displays with higher resolution in its latest iPhone series, which has helped spur demand in LTPS TFT LCD displays. Due to strong growth in LTPS TFT LCD for the iPhone, Apple competitors are also now increasing orders of high-resolution displays."