Currently, a number of consumer electronic devices are adapted to receive speech via microphone ports or headsets. While the typical example is a portable telecommunications device (mobile telephone), with the advent of Voice over IP (VoIP), desktop computers, laptop computers and tablet computers may also be used to perform voice communications.

When using these electronic devices, the user also has the option of using the speakerphone mode or a wired headset to receive this speech. However, a common complaint with these hands-free modes of operation is that the speech captured by the microphone port or the headset includes environmental noise such as secondary speakers in the background or other background noises. This environmental noise often renders the user's speech unintelligible and thus, degrades the quality of the voice communication.

Another hands-free option includes wireless headsets to receive user's speech as well as perform playback to the user. However, the current wireless headsets also suffer from environmental noise, battery constraints, and uplink and downlink bandwidth limitations. 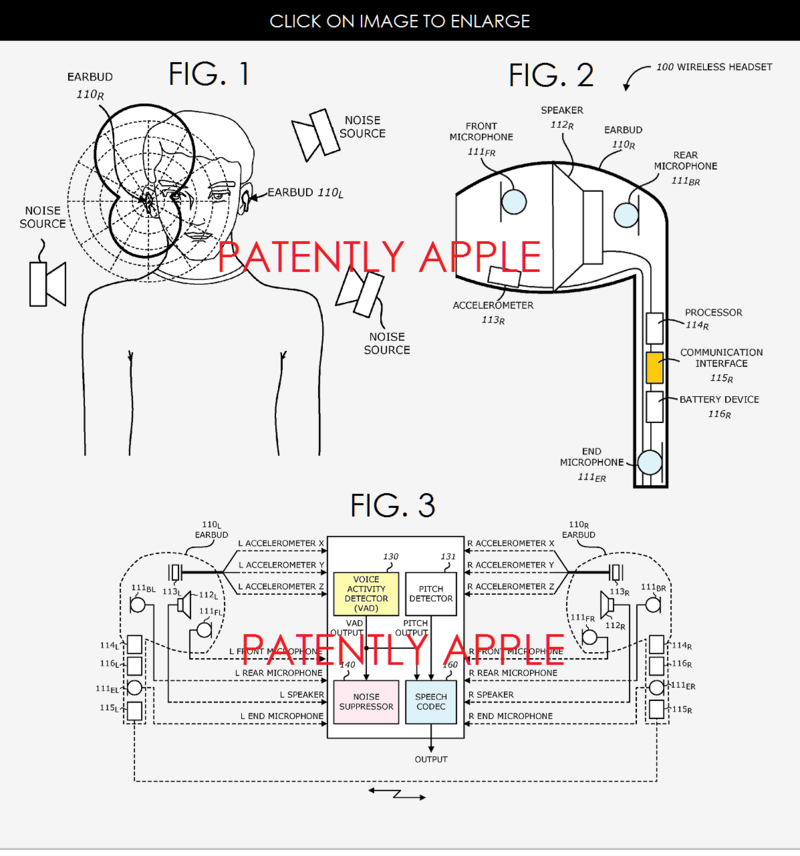 Apple's R&D teams have been working on cellular MacBooks for some time now and so today's quality voice wireless headset would be just the right accessory for such a device.

This is a highly technical patent application with 26 patent claims that are steeped in detail. To review the finer details of this sophisticated invention, click here.

Apple credits Sorin Dusan, Baptiste Paquier and Aram Lindahl as the inventors of patent application 20150245129 which was originally filed in Q1 2014. Considering that this is a patent application, the timing of such a product to market is unknown at this time.