On August 12, 2015, the U.S. Patent & Trademark Office published Apple's latest registered trademark for their Game Center icon under registration number 4,791,133 which was originally granted yesterday. We covered Apple's original filing back in July 2013. For those unfamiliar with Game Center, it's Apple's online multiplayer social gaming network. It allows users to invite friends to play a game, start a multiplayer game through matchmaking, track their achievements and compare their high scores on a leader board. Game Center was originally announced on April 8, 2010 and made public with the release of the iPhone 4 in September of that year. 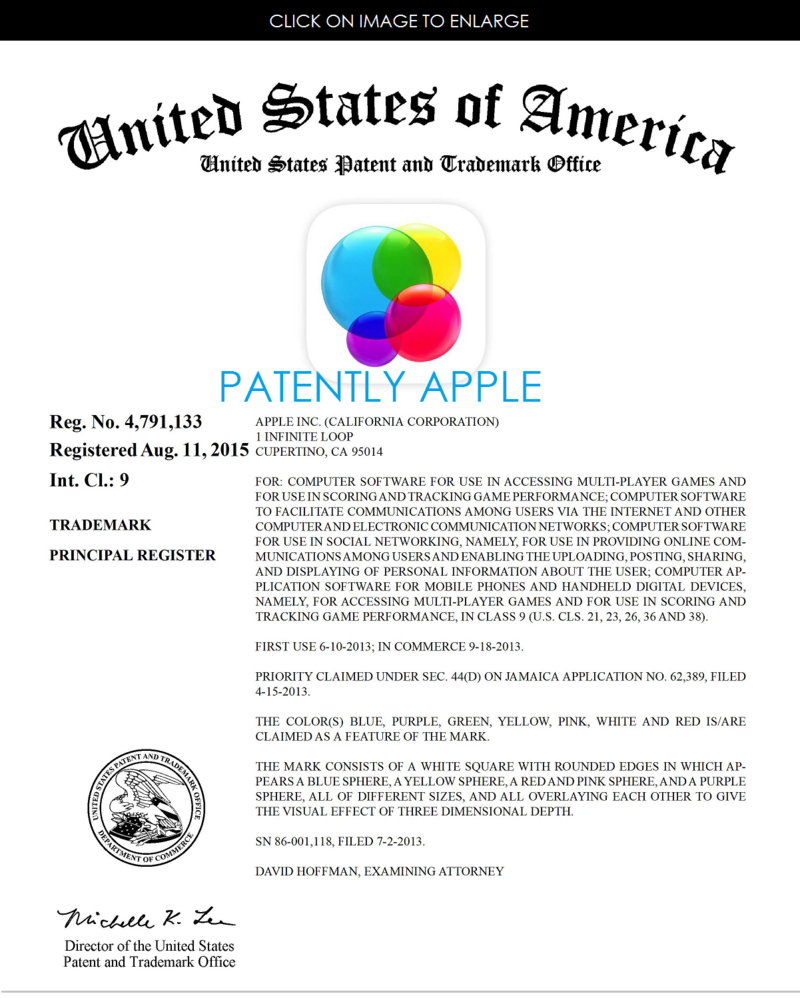 Apple's Game Center Icon underwent a change back in 2013 as noted below. 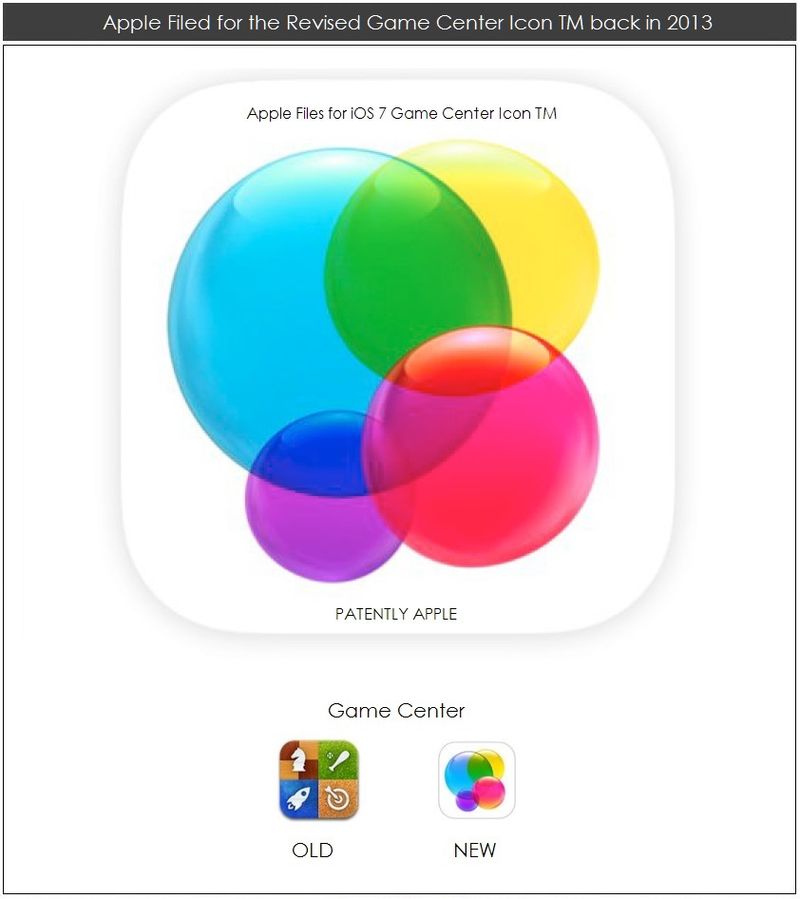