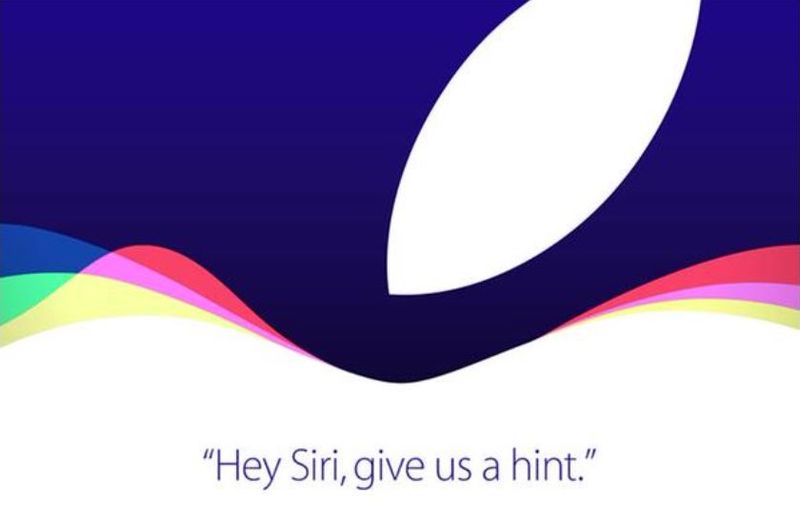 It's official, Apple's iPhone event will take place on September 9 just as was called by John Paczkowski of BuzzFeed back in July. Paczkowski also forecasted that the new Apple TV box with Siri would be one of the key products to be introduced and by Apple's invitation graphic as noted above, it's clear that it will be.

The new Apple TV may also come with a new gesture control pad. Will it possess some of the features that surfaced in an Apple patent filing back in April of this year?

Apple TV with Siri will most definitely counter Amazon's Echo that surprised everyone last fall. This could be super-cool, especially if iTunes could be accessed. I'll probably be more interested in this development than the iPhone 6s.

Last summer I posted a report about the possibility of Apple's next-gen Apple TV doubling as a Home-Hub supporting all-things HomeKit related. Will this be one of the surprises at the event?

And while it's being reported that the iPhone's camera will have a 12 megapixel camera, I could only hope that Apple will surprise us by going one step further and introduce a PrimeSense 3D camera twist to match Intel's RealSense camera technology that is now a part of Google's Project Tango smartphone. Intel's RealSense technology played a central role at this year's IDF in San Francisco recently and I'd love to see Apple step up and challenge that technology.

With Apple hosting their event at a new venue, specifically the Bill Graham Civic Auditorium that is reportedly 3X larger in seating capacity than Cupertino's Flint Center, you have to wonder what Apple has up their sleeve. Is there going to be "One More Thing" none of us know about? Only time will tell – and that's not that far away!