In Apple's patent FIG. 1 noted below we're able to see a schematic, pictorial illustration of a system (#20) for 3D optical mapping which comprises a pattern projector (#18) which generates and projects a pattern light beam through an aperture (#29) at an object (#26) which in this case is a hand of a user of the system, and a light detection unit (#28), which collects light reflected from the object.

A controller (#31) implemented, for example, on one or more processors, processes image data generated by light detection unit in order to reconstruct a 3D map of an object. The term "3D map" refers to a set of 3D coordinates representing the surface of the object and could also be known as a "3D reconstruction." The Controller computes the 3D coordinates of points on the surface of the object by triangulation, based on the transverse shifts of spots in an image of the pattern that is projected onto the object. 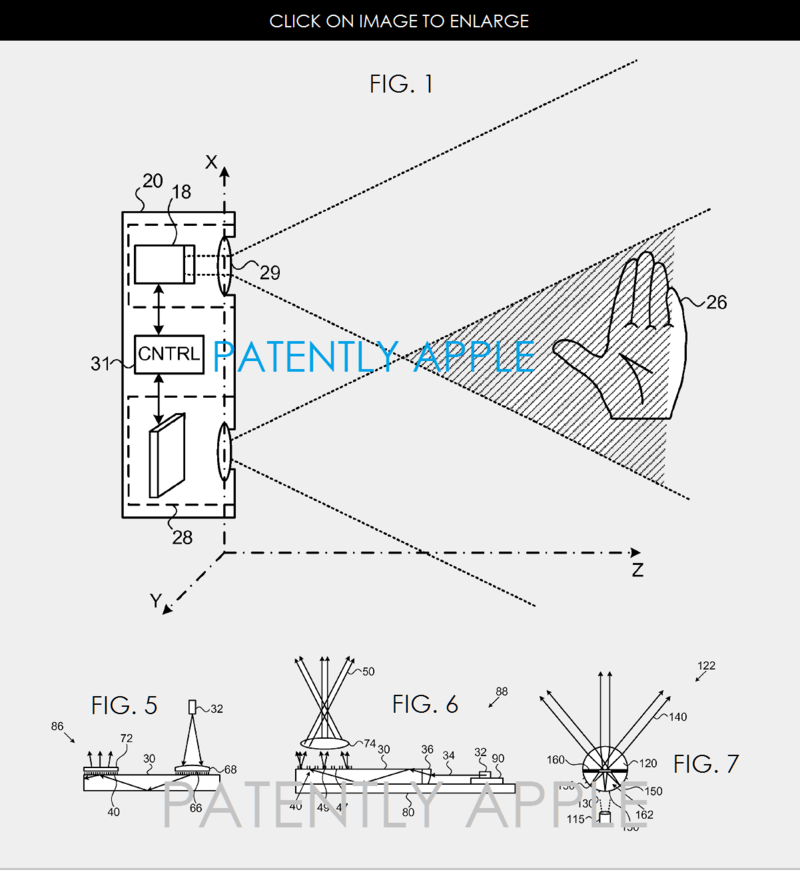 Apple credits Benny Pesach as the sole inventor of patent application 20150226545 which was filed in Q2 2015. Considering that this is a patent application, the timing of such a product to market is unknown at this time.