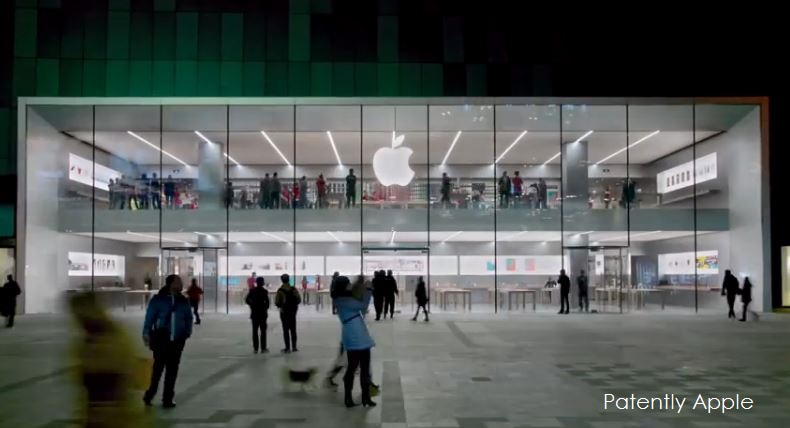 In March Apple was granted two design patents for their Apple Store in Zhongjie Joy City, China. Apple loves to get involved in designing and inventing their store designs and what goes into them, like advanced ceiling structures. Today the U.S. Patent & Trademark Office published a patent application from Apple that reveals an elaborate ceiling system for what appears to be the very same Apple Store in Zhongjie China. For those interested in architecture as it relates to retail stores, you may enjoy reviewing Apple's patent filing. The patent covers lighting and security camera structures and much more. 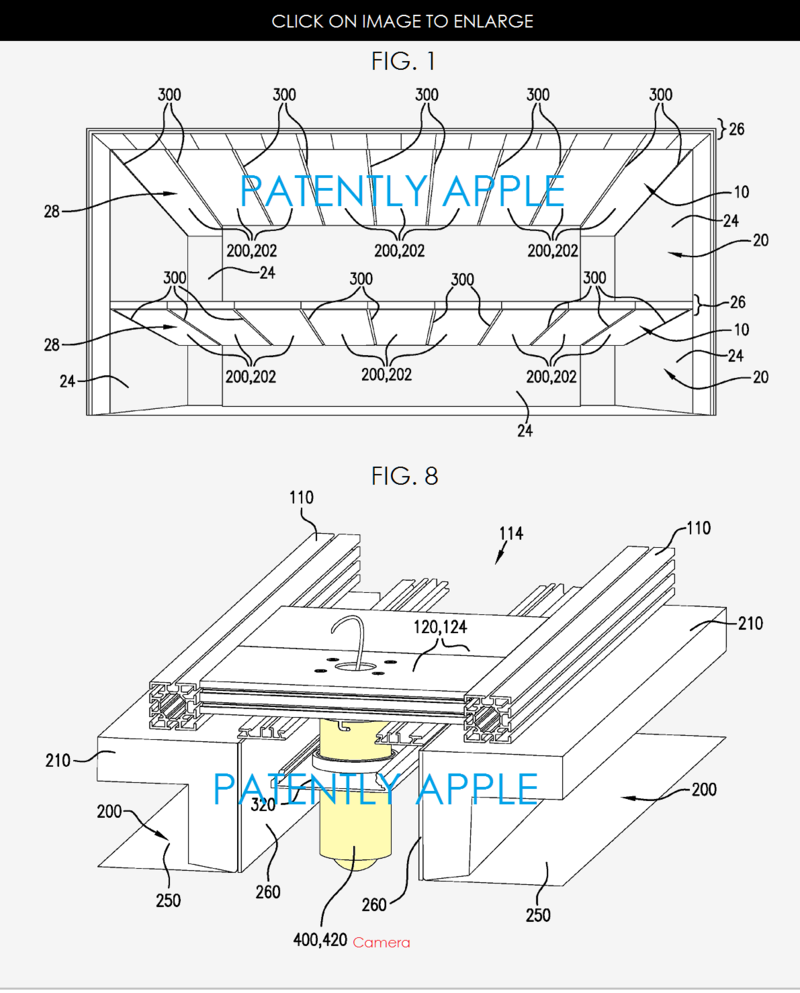 Apple's invention covers over 40 patent figures detailing everything about their ceiling system which includes a camera, lighting, smoke detector, glass fabric, sprinklers and much more. To review all of the details, see Apple's patent application 20150225948 here.