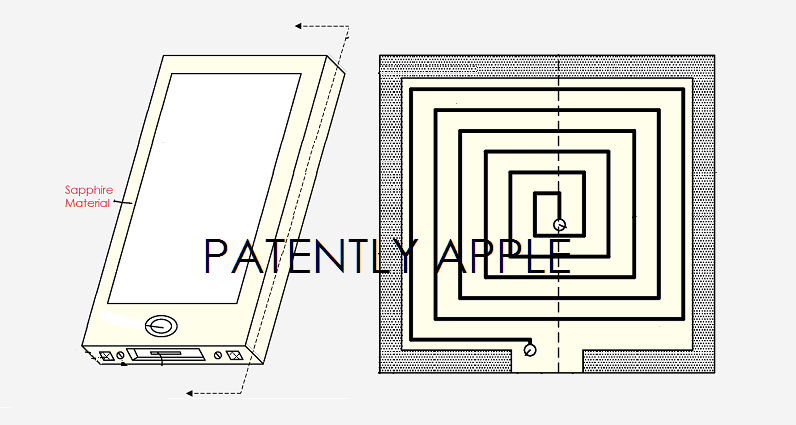 On August 13, 2015, the U.S. Patent & Trademark Office published a patent application from Apple that reveals their work on using sapphire for purposes of creating a unique antenna for Wifi, Bluetooth and more importantly NFC. By integrating the antenna onto the sapphire glass cover or in the frame of a sapphire glass based device design, the device could be dramatically thinner and more flexible as noted earlier in a 2013 Apple patent filing. A better designed antenna for NFC would also theoretically be better for use with Apple Pay. The design, according to Apple, could also relate to the Apple Watch and/or other future devices. Yesterday it was revealed that Apple joined the board of the NFC Forum. 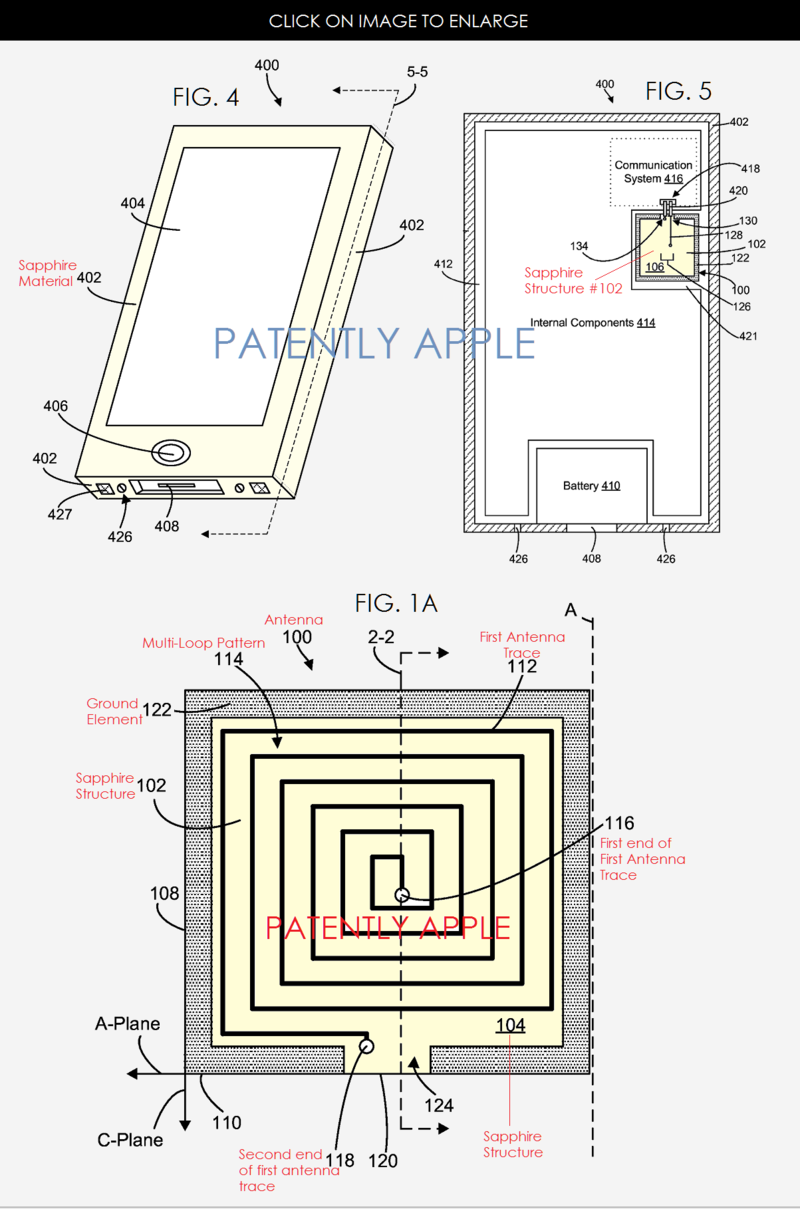 Apple notes that sapphire structure #102, as shown in FIG. 1A may include a custom configured portion of sapphire, formed from a large, artificially grown piece of corundum. The artificially grown corundum used to form sapphire structure 102 may be grown using any conventional growth process including, but not limited to: hydrothermal growth; vertical horizontal gradient freezing ("VHGF"); edge-defined film-fed growth ("EFG"); horizontal moving growth (e.g., Bridgman growth); and Kyropoulos growth.

Beyond the antenna designed for a smartphone, Apple notes that the design could also relate to Apple Watch, a MacBook an iMac, an iPad, iPod, gaming device or health monitoring device, and so on.

In respect to a smartphone enclosure being made of sapphire glass, Apple first introduced this idea back in December 2013 in a killer patent filing.

Apple credits Scott Myers and Benjamin Pope as the inventors of patent application 20150229018 which was originally filed in Q1 2014. Considering that this is a patent application, the timing of such a product to market is unknown at this time.