Windows 10 was released on Wednesday and in the first 24 hours they've had 14 million downloads. The number is likely to jump over the weekend as Windows fans have more time to explore the new OS and welcome back the long lost Start Menu.

Yusuf Mehdi, a VP in the Microsoft's Windows and devices group, called it "unprecedented demand" and said there are plenty more upgrades to go. The Windows 10 rollout is taking place in waves, starting with people who signed up for the company's Windows Insiders.

Microsoft's Windows 8 for the most part alienated users with a confusing mishmash of PC and tablet conventions. Rather than upgrading, many individuals and companies stuck with earlier versions of Windows waiting for Microsoft to correct their disastrous move of removing the traditional desktop and start menu.

I attended a Windows 10 demonstration on Wednesday afternoon and everyone that I spoke to had refused to upgrade to Windows 8, so Windows 10 could bring some needed life back to the Windows community.

Microsoft of course has some catching up to do as they still don't have apps that could match or better Apple's iTunes and Photos as noted in the Wall Street Journal's chart below. 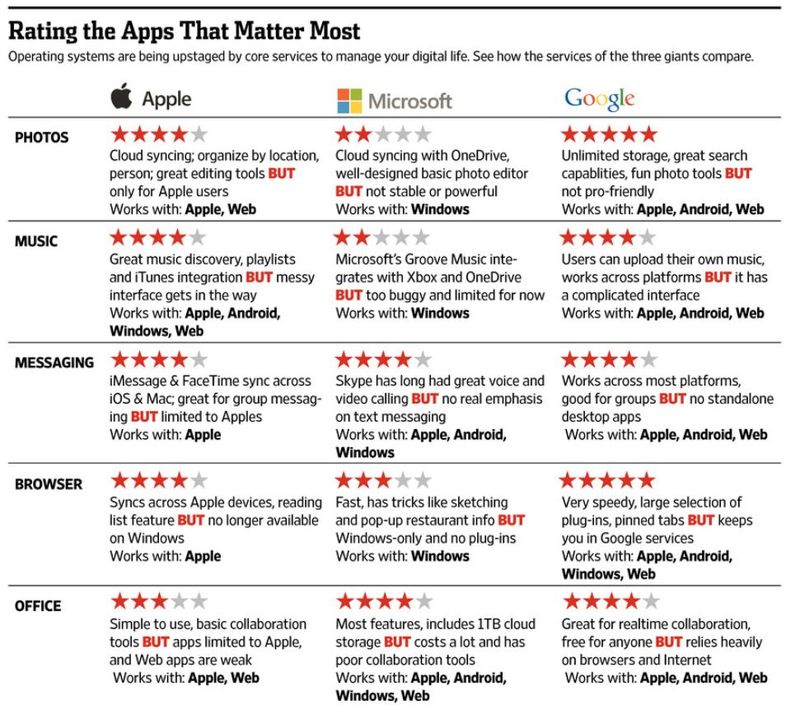 Yet in the browser category, I think that Microsoft's new Edge browser will fare much better over the next year. Now with a modern foundation, it's likely to catch up to Google's Chrome performance. As far as music goes it'll be an uphill battle to even come close to iTunes because they lack a credible smartphone at the moment. But that's an argument for another day.

In the end, Window 10 is off to a reasonably great start and only time will tell if word of mouth will propel it back to being a leading force in the market over the next two years. 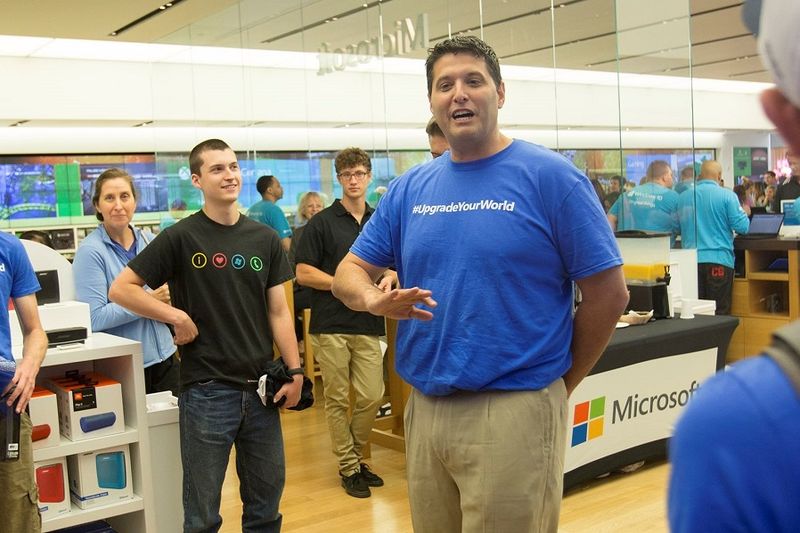 Highlighted above is Microsoft's Executive VP of the Windows and Devices Group, Terry Myerson, who was out in full force at one of their Windows Stores on Wednesday promoting Windows 10.