Last October we posted a report titled "CBS 60 Minutes: Apple has the Power to Upend the Rule of Law." During the CBS 60 Minute segment with FBI Director James Comey, he first revealed his views about internet surveillance in general and in context with Apple and Google's latest encryption technology specifically. Today the debate continued. 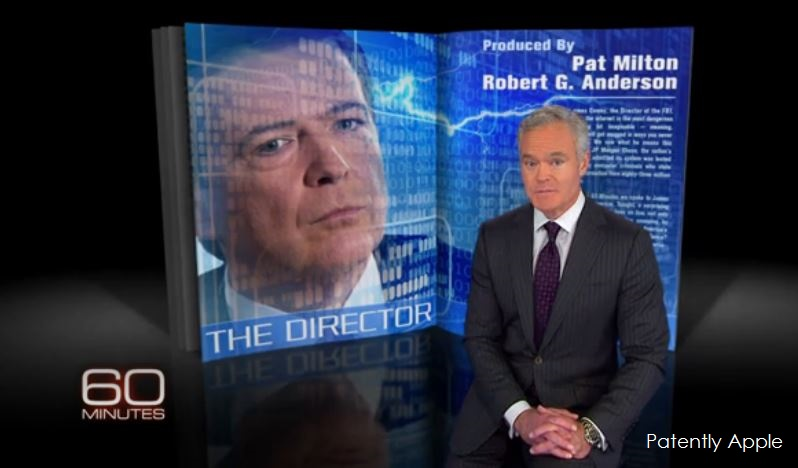 Today, Wired reported that "The debate over encryption and backdoors for law enforcement has long had a surplus of opinions and a deficit of data. On Wednesday, however, New York district attorney Cyrus Vance offered one actual number into the mix: The Manhattan DA's office has encountered 74 iPhones whose full-disk encryption locked out a law enforcement investigation.

In a Senate Judiciary Committee hearing, the FBI, Justice Department and Manhattan DA's office all asked for action from Congress to persuade or compel companies like Google and Apple to add law enforcement backdoors into their operating systems' encryption. But only District attorney Vance put a number to what he described as the growing problem that iPhone security represents for his office's investigators.

Vance testified that in a total of 92 cases involving an iPhone running iOS 8, 74—or about 80 percent of all cases where an iOS 8 phone was involved—had been locked such that law enforcement couldn't access the phone's contents, thanks to Apple's full-disk encryption upgrade, which it put into effect in September of last year. (A spokesperson for the Manhattan DA's office clarified in an email that those 74 cases took place over the nine months ending on June 30).

Vance told the panel of Senators that "If that's my experience in one office in Manhattan, it's going to be a parallel experience across the country."

Those 74 cases likely represent an increase from prior years, before Apple's late-2014 decision to no longer maintain decryption keys that it could use to unlock iOS 8 devices on behalf of law enforcement. But considering that the Manhattan DA's office says it deals with around 100,000 total cases a year, iPhone encryption nonetheless represents a vanishing small obstacle to cops' work, argues Nadia Kayyali, an activist with the Electronic Frontier Foundation who followed the hearing.

Earlier in the hearing, both FBI director James Comey and deputy attorney general Sally Yates made similar arguments for maintaining backdoors in both Internet communications and the stored communications of mobile devices. Comey told the Senators that the threat posed by ISIS in particular required access to encrypted communications. While the FBI has so far managed to thwart ISIS plans to attack Americans, he warned that with rising encryption use, "I cannot see me stopping these indefinitely." For more on this story, read the full Wired article here.