A new Asian report published today claims that Apple is preparing Apple Pay for use in the Korean market in the first half of 2016. Apple recently had a private meeting with 3 to 4 Korean card corporations such as Hana Financial Group and Visa Card. Apple has examined the present NFC payment infrastructure and finished demonstrating payments at actual affiliated stores.

An executive affiliated with one of the card companies that were in this private meeting with Apple stated that "Apple started its work of entering into Korean market as well as Chinese market in advance. Financial corporations that are for introduction of NFC-based payments will actively work together with Apple, and it will soon push for linkage of Apple Pay and VAN Company. 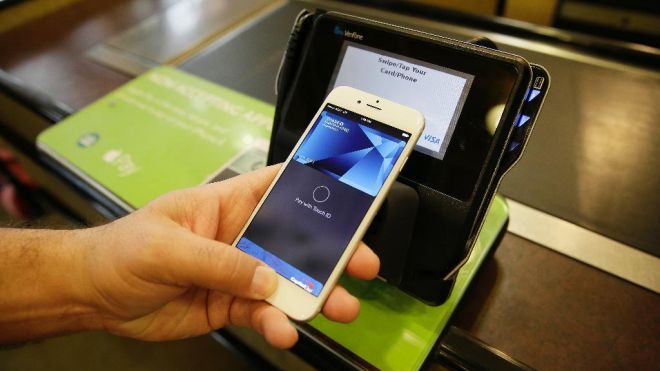 The report noted that reorganization of current payment system is also inevitable due to Apple Pay's entry into Korean market. If Apple's NFC payment method gets implemented into Korea where there are a lot of USIM and Web Card payments, a situation will occur where all of user's payment method can be changed. Because Apple has many IPhone users in Korea, it can preoccupy markets by establishing NFC infrastructures and payment system in all of Asia centered on China and Korea.

Hana Financial Group, a company that is being chosen as one of companies for NFC payment, is aiming for rapid cooperation with Apple. It is saying that it needs NFC payment-based Apple Pay to compete against previous web card companies.

Yet some card companies at the meeting still saw problems with Apple Pay entering the Korean market. The report quoted one card company executive who wanted to remain anonymous saying that "there are still some problems that need to be solved in order to bring in Apple Pay. Because it is NFC-based infrastructures, main agent for investment cost, a question of whether to bring in Token method, and commission problems need to be solved."