Over the years Apple has had some massive projects supported by a huge body of patents before the invention ever came to market. For example, the one-time iWallet invention that was covered extensively by Patently Apple took years to come to market as Apple's "Wallet" formerly "Passbook." Apple's iPen/handwriting recognition patents project is yet another invention that has a massive body of supporting patents that could be reviewed in our Archives. The sheer number of patents on this project would strongly suggest that this feature will one day become a market reality. It's been rumored for the longest time that the iPad Pro may introduce this feature. Today, the U.S. Patent & Trademark Office published yet another patent application from Apple on this subject matter. At this time it's unknown as to what handwriting and pen related features will finally make it to market. But for now, Apple's latest invention reveals another piece of the puzzle: Their handwriting recognition software architecture will involve a number of very specific processors to make the iPen experience work flawlessly if not magically, whenever it finally arrives.

With the proliferation of computing devices such as smartphones, tablets, laptops, and desktops, users are enjoying numerous different mechanisms and interfaces for inputting text, including standard keyboards, virtual keyboards, voice recognition applications, and touch-sensitive input areas. Devices that include such touch-sensitive input areas are able to receive handwriting input from a user, which is then recognized by the device as corresponding to text characters. Furthermore, after a user has input several characters in the handwriting area such that the user is unable to input additional characters, the user has to perform a variety of different clearing operations to clear the handwriting area in order to be able to continue to provide input in the handwriting area. These clearing operations can significantly slow down a user when the user is inputting text to an application executing on the device.

Apple's invention provides a device (e.g., mobile device such as a smartphone or tablet, desktop, laptop, etc.) that receives handwriting input in a handwriting area and displays recognized text for the input in a text area of the device. Apple's patent FIG. 22 noted below conceptually illustrates a software architecture of a handwriting recognition system. 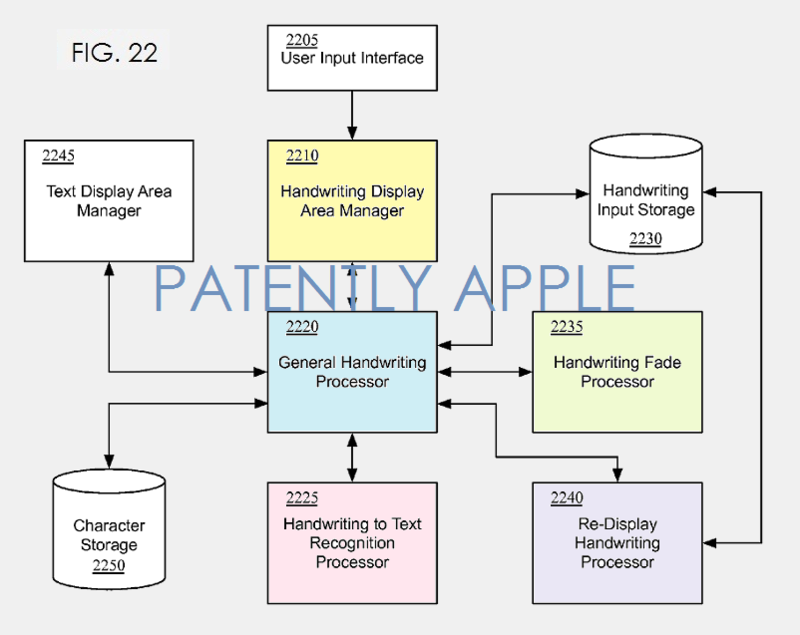 The handwriting area provides a region where a user can draw or write a handwritten input. The touch-sensitive display can display one or more virtual keys, buttons, or the like, to provide additional functionality. 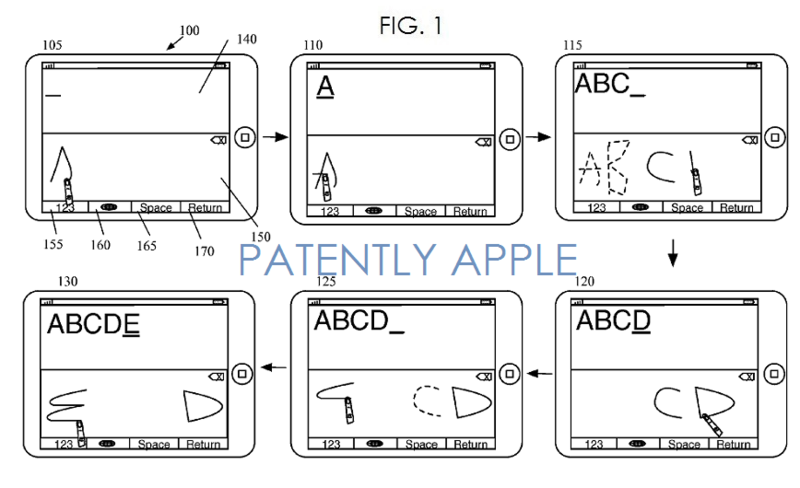 Other keys include a space key for entering white space and/or accepting recognized text, a return key for entering a line break or the like, and a numbers and punctuation keyboard toggle key for toggling between the handwriting area and a virtual keyboard with number and punctuation keys. In some implementations, the UI includes a virtual button for switching amongst the handwriting recognition user interface and virtual keyboards for various languages. 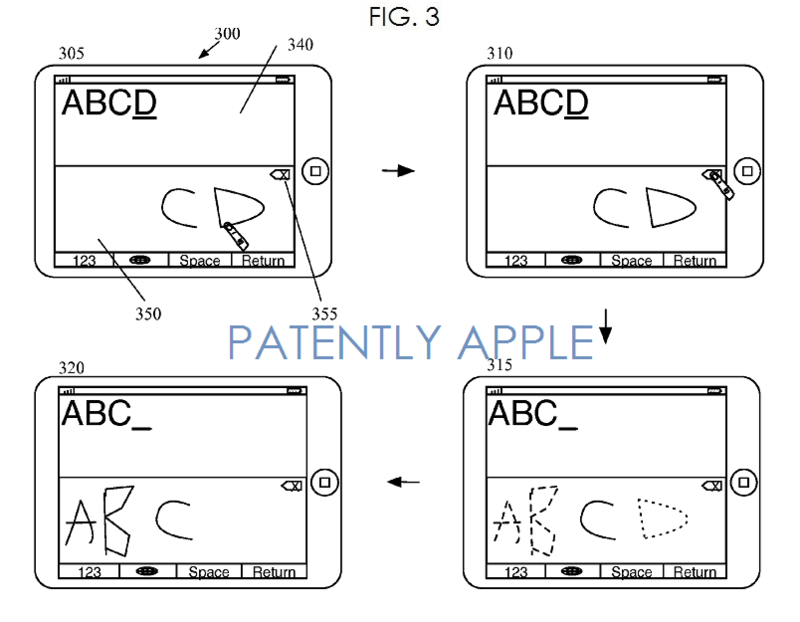 This is an in-depth patent filing with a lot of detail. For those interested in reviewing the finer details of this invention, check out Apple's patent application here.

Apple credits Deborah Goldsmith and Karan Misra as the inventors of patent application 20150193141 which was originally filed in Q3 2014. Considering that this is a patent application, the timing of such a product to market is unknown at this time. It's interesting to note that prior to coming to Apple, Karan Misra worked as an indie software developer and created Qingwen, a Chinese-English dictionary, and iTransliterate, an Indic transliteration tool, for the iPhone.