On June 11, 2015, the U.S. Patent & Trademark Office published patent applications from Apple relating to the Mac Pro security lock and new connectors that are USB-C compatible. Our report also covers an interesting patent application published by USPTO this morning from Konica Minolta. The filing reveals that they've invented an iPad display film that is specifically designed for stylus input.

Apple's invention relates directly to their Mac Pro Security Lock Adapter. If you still wish to investigate their lock patent filing further, you could do so here. 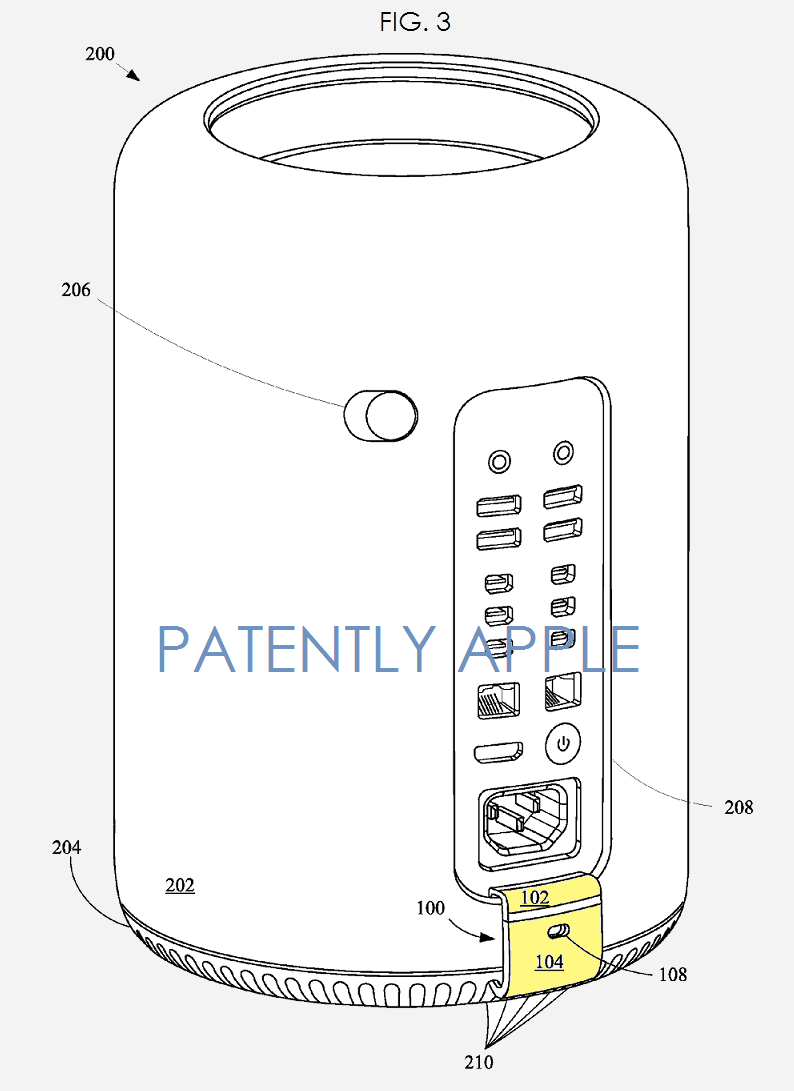 These connector inserts and receptacles may provide pathways for signals that are compliant with various standards such as one of the Universal Serial Bus (USB) standards including USB-C, High-Definition Multimedia Interface. (HDMI), Digital Visual Interface (DVI), Ethernet, DisplayPort, Thunderbolt, Lightning, Joint Test Action Group (JTAG), test-access-port (TAP), Directed Automated Random Testing (DART), universal asynchronous receiver/transmitters (UARTs), clock signals, power signals, and other types of standard, non-standard, and proprietary interfaces and combinations thereof that have been developed, are being developed, or will be developed in the future.

You could further explore Apple's patent application about connectors with a tongue here. Apple's work on this invention that covers the USB-C standard was originally filed in November 2014. 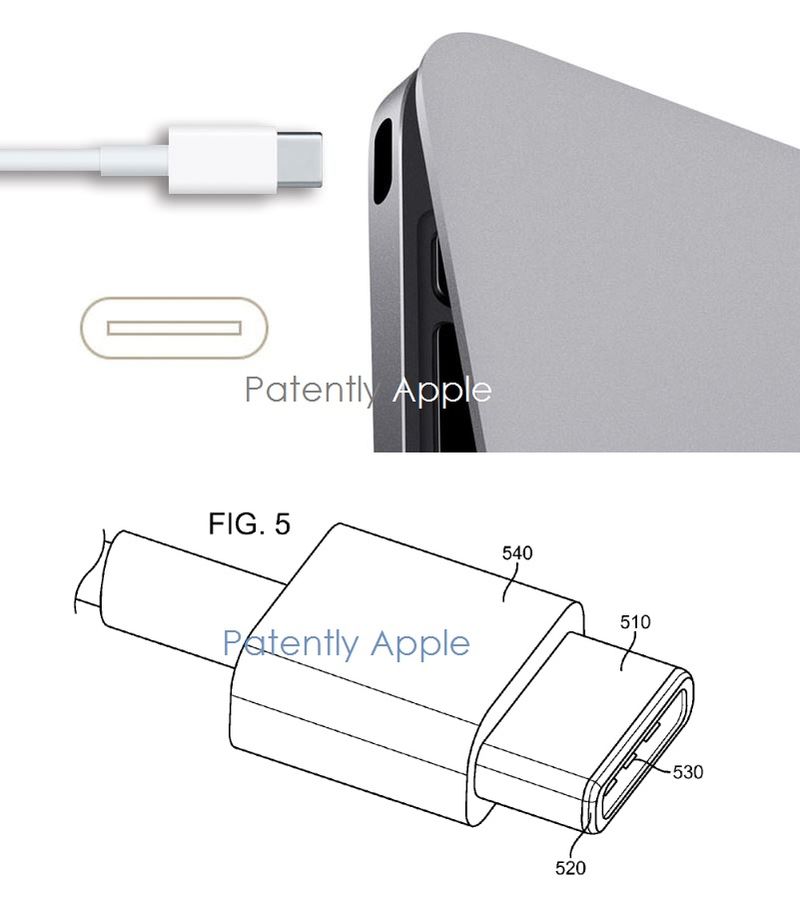 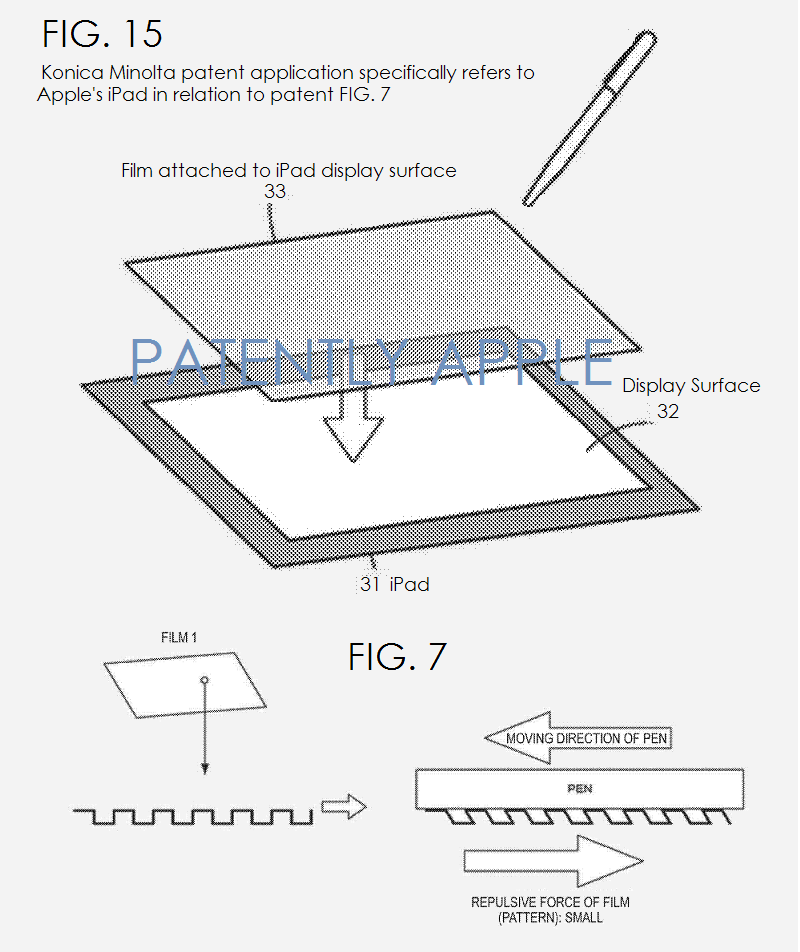 Whether Apple is considering the use of the Konica Minolta film for a future iPad that works with an Apple stylus or make the film available as an accessory option is unknown at this time. The Konica patent application, which specifically refers to Apple and the iPad and no other tablet maker, was filed in December 2014.