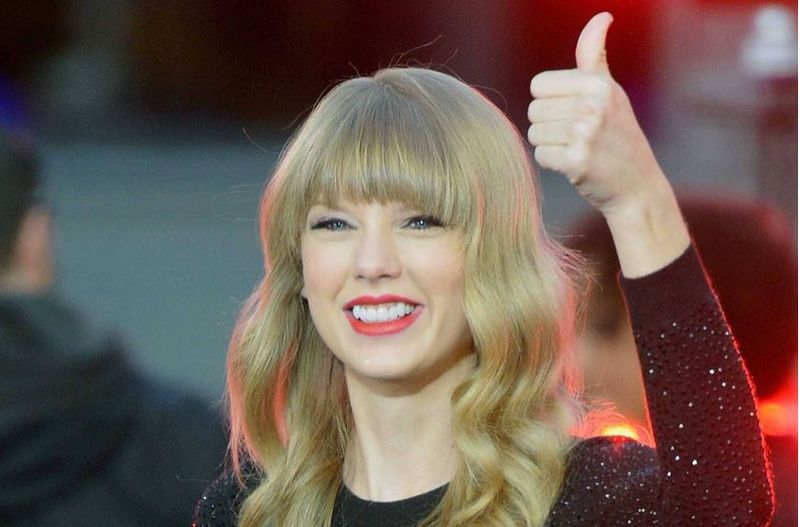 Yesterday we reported that Taylor Swift's PR move on Sunday of publicizing an open letter to Apple was to make up for the PR stumble on Friday by her record label who abruptly blurting out that there would be no deal for her album "1989" with Apple Music. Every major blog covered Swift's letter found on Tumblr.com yesterday titled "To Apple, Love Taylor." Sunday's public roar prompted Apple's Eddy Cue, Apple's senior vice president of Internet Software and Services including the new Apple Music, to reverse course and announce that Apple will indeed pay artists during Apple Music's three month free trial period as they should have from the very beginning.

After Eddy Cue tweeted the announcement at 8:29 PM last night, Re/code spoke with Cue on the matter. Re/code's reporter Peter Kafka wrote that "Cue says that Swift's letter, coupled with complaints from indie labels and artists, did indeed prompt the change. He said he discussed the about-face with Apple CEO Tim Cook today. 'It's something we worked on together. Ultimately we both wanted to make the change.'

Cue says Apple will pay rights holders for the entire three months of the trial period. It can't be at the same rate that Apple is paying them after free users become subscribers, since Apple is paying out a percentage of revenues once subscribers start paying. Instead, he says, Apple will pay rights holders on a per-stream basis, which he won't disclose."

Kafka added, that Cue reached out to Taylor today, and talked to her, and let her know that Apple heard her concerns, and wanted her to know that that they were making the needed changes. Cue noted that Taylor "was thrilled to hear from us and that we were making the change, and we were grateful for that."

Though even with the change, Cue says that he doesn't know if the changes will be enough to get Swift to put "1989" on Apple Music. He also says that wasn't his reasoning for making the change. Kafka said it "was hard to tell if he was saying that with a straight face."

The key point to Swift's open letter to Apple was that she wanted to explain why she was holding back her "1989" album from the new streaming service, Apple Music. Now that Apple has cleared this hurdle, will Swift now make it public that Apple's quick response and about face on this issue have her change her mind by opening her album to Apple Music? If Swift doesn't make it available shortly she'll be seen as a loud mouth hypocrite. The ball is now in Swift's court. We're waiting Ms. Swift.