A year ago Patently Mobile posted a report titled "Samsung Invents a Futuristic Holographic-like User Interface," that illustrated how a holographic image could possibly work with a future Galaxy tablet or phone. With Samsung having advanced their work with holographic imagery technology, they made it known early on that they were interested in collaborating with Microsoft on their HoloLens device. More recently, the U.S. Patent Office revealed that Samsung is continuing their work on hologram generation and an apparatus for holographic display. Between their work with Oculus on Gear VR and trying to collaborate with Microsoft on HoloLens, it's apparent that Samsung is trying to find that next big thing that could leap frog Apple's successful iDevices. Will Samsung find that breakthrough in the coming years? Only time will tell. For now you could check out Samsung's progress with Holographic displays in our new Patently Mobile report. 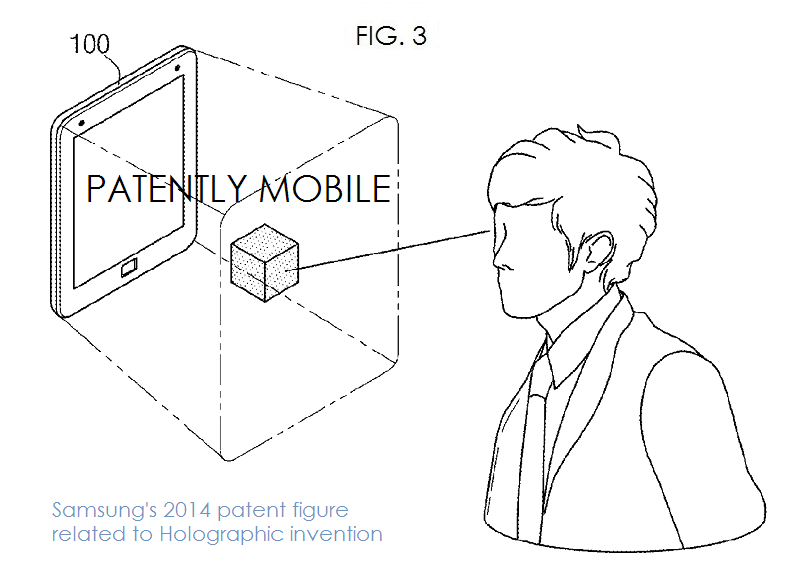 The patent figure noted above is from Patently Mobile's report covering Samsung's July 2014 patent on holographic imagery display in connection with a possible future Galaxy Tablet.