Today Intel unveiled Thunderbolt 3 at the Computex event being held in Taipei Taiwan.  Thunderbolt 3 is being touted as the fastest, most versatile connection to any dock, display, or peripheral device – including billions of USB devices. If you're a business professional, content creator, gamer, or just want to simplify your 4K workspace, your world is about to get faster and simpler.

Navin Shenoy, vice president in Client Computing Group and general manager of Mobility Client Platforms at Intel Corporation stated today that "Thunderbolt 3 is computer port nirvana – delivering two 4K displays, fast data, and quick notebook charging. It fulfills the promise of USB-C for single-cable docking and so much more. OEMs and device developers are going to love it." 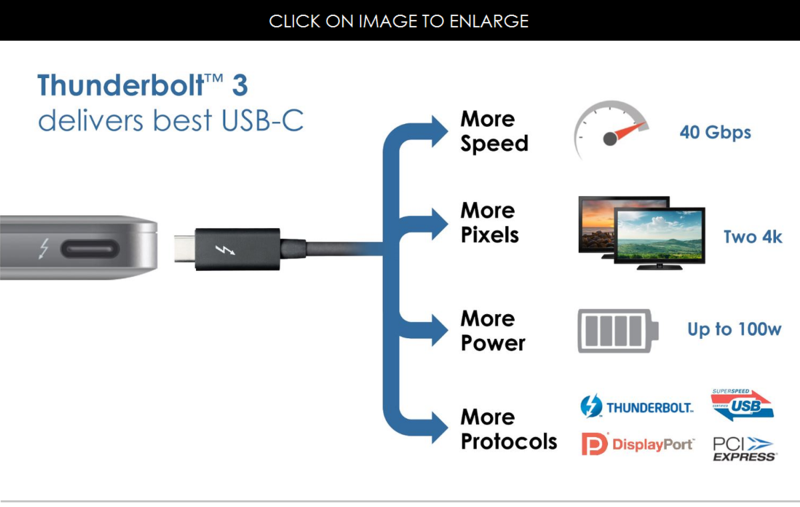 Users have long wanted desktop-level performance from a mobile computer. Thunderbolt was developed to simultaneously support the fastest data and most video bandwidth available on a single cable, while also supplying power. Then recently the USB group introduced the USB-C connector, which is small, reversible, fast, supplies power, and allows other I/O in addition to USB to run on it, maximizing its potential. So in the biggest advancement since its inception, Thunderbolt 3 brings Thunderbolt to USB-C at 40Gbps, fulfilling its promise, creating one compact port that does it all.

Computer ports with Thunderbolt 3 provide 40Gbps Thunderbolt – double the speed of the previous generation, USB 3.1 10Gbps, and DisplayPort 1.2. For the first time, one computer port connects to Thunderbolt devices, every display, and billions of USB devices. In Thunderbolt mode, a single cable now provides four times the data and twice the video bandwidth of any other cable, while supplying power. It's unrivaled for new uses, such as 4K video, single-cable docks with charging, external graphics, and built-in 10 GbE networking. Simply put, Thunderbolt 3 delivers the best USB-C.

What does this mean for end users? At 40Gbps, it is the fastest connection to your computer. You can transfer a 4K movie in less than 30 seconds. You can connect two 4K displays with nearly 16 million more pixels than an HDTV. 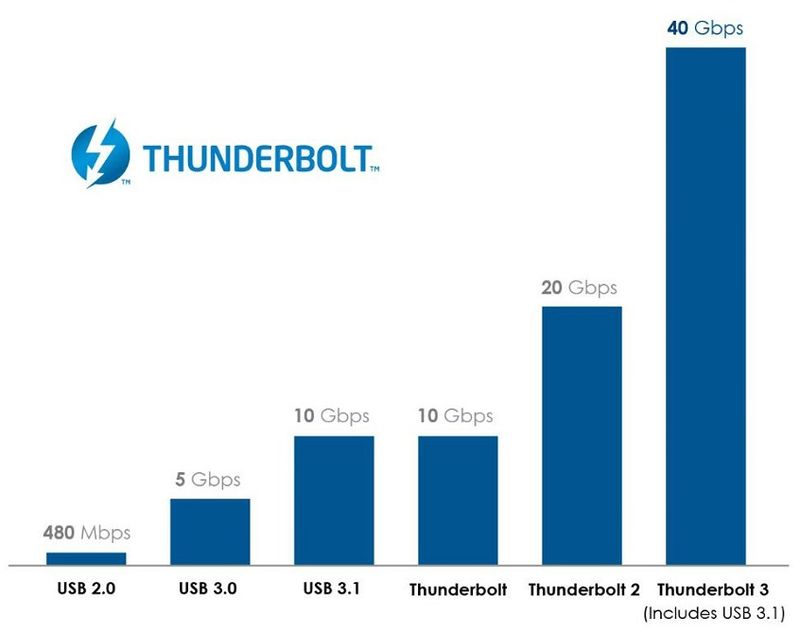 Initial products with Thunderbolt 3 are expected to begin shipping before the end of this year, and ramp in 2016.

•Power (based on USB power delivery)

•Up to 100W system charging

•Daisy chaining (up to six devices)

Other Advances that were talked about today in Taipei could found on Intel's press release here. 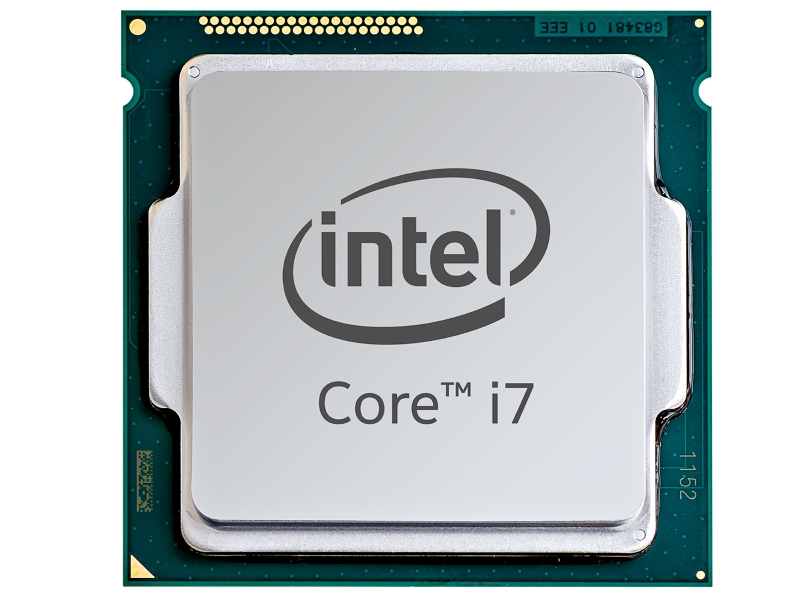 While Intel didn't talk about Skylake for desktops at this event, they did indeed launch five new 47-watt mobile 5th gen Intel Core processors that deliver great performance for gamers and creators on the go – which may very well end up in future MacBooks. Then again, Apple may hold out for Intel's next round of processors due out this fall.