Over the years Apple has filed for several patents regarding smart bezels for the iPad. One of the most detailed surfaced back in 2011. Another patent filing that surfaced in 2014 advanced the use of force touch sensors incorporated into a device bezel. Today's granted patent that was published by the U.S. Patent and Trademark Office is actually Apple's original smart bezel invention that was published in 2010 yet filed in 2006, prior to the original iPhone. Even back then Apple was experimenting with force  touch sensors which first came to market this year when Apple introduced their new MacBook with a Force Touch trackpad. Now that they've achieved bringing Force Touch to a MacBook, will Apple now bring this to a future iPad as this granted patent suggests? Only time will tell. 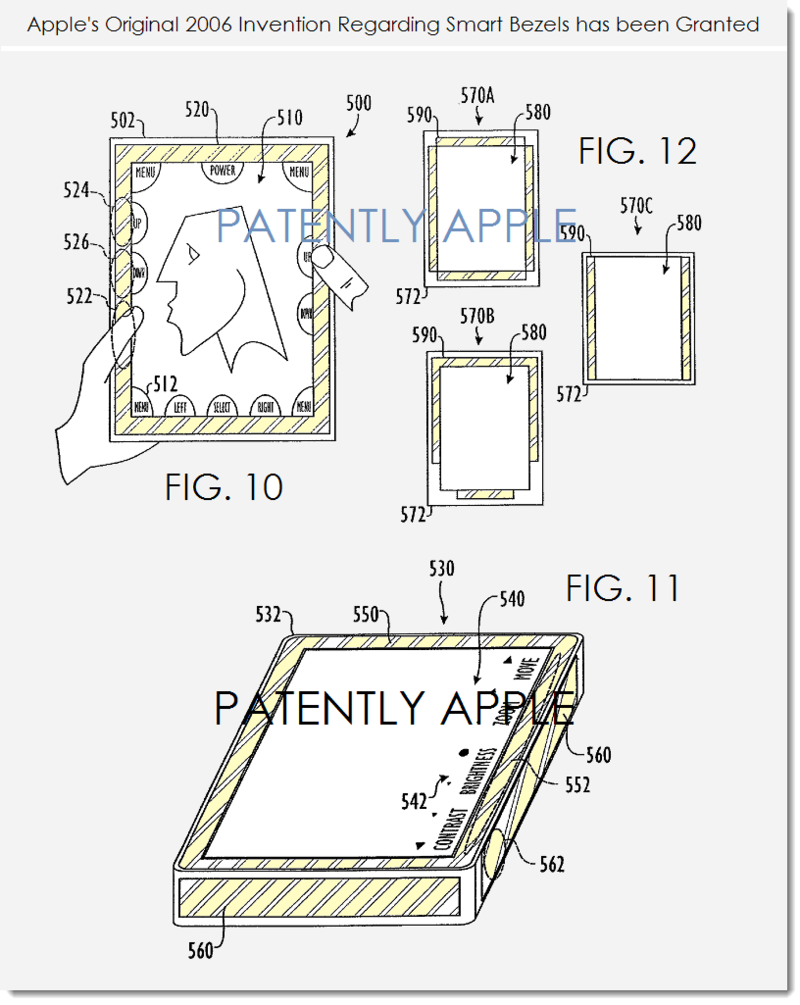 Any user controls designated for areas #562 on these additional touch sensitive pads may be preconfigured and may not be change during operation. In this way, the user may know the functionality of the various pads and could use the areas to control features of the device without the need of any visual guides #542 on the display.

Apple credits Nick King, Duncan Kerr, Paul Herbst and Steven Hotelling as the inventors of granted patent 9,047,009 which was filed in Q2 2009 and published today by the US Patent and Trademark Office. The original patent filing dates back to 2006.