Apple Wins Four Design Patents for the iPhone 6 in China

On Friday, the Hong Kong Patent Office Granted Apple four registered design patents for their iPhone 6 faceplate design with its associated backside componentry outlined. While the designs cover both the iPhone 6 and iPhone 6-Plus, it took an iFixit teardown photo to help us distinguish between the two designs.

Unlike "patent applications," design patents published by the U.S. Patent and Trademark Office, or any foreign patent office, don't reveal pertinent information about a particular design. We can look at the design and appreciate it for what it projects, but we'll never discover which materials may be used to construct the design. We'll never know what unique internal components may be hidden within the device or learn about any unique features that we could look forward to. All we get are simple patent figure visuals of current or possible future designs. 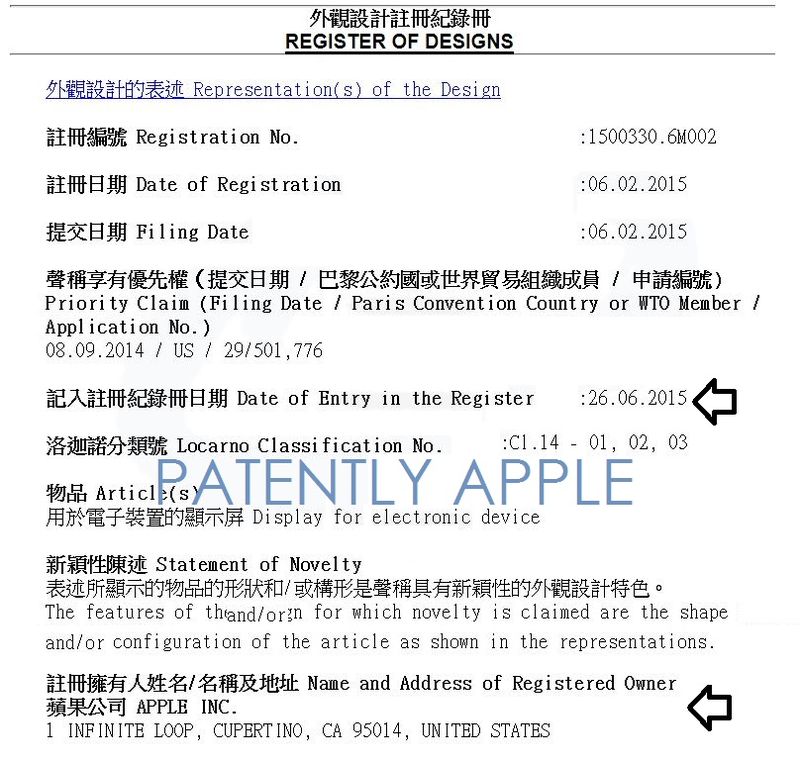 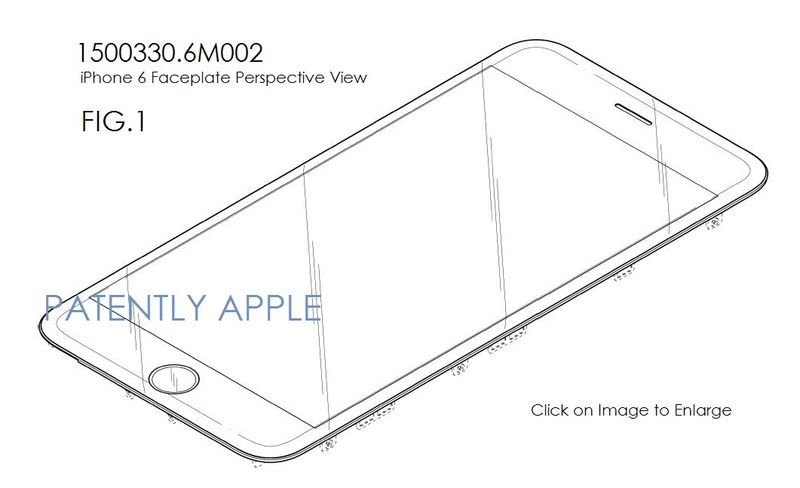 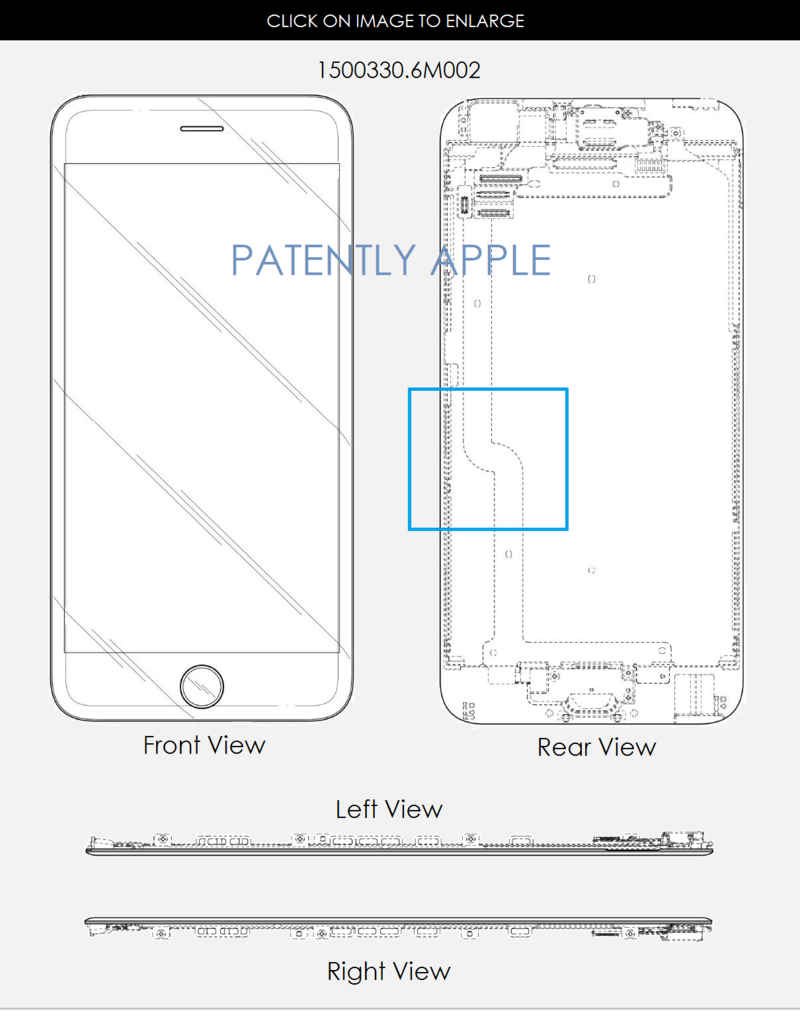 One of the distinctions between the designs is that one is for the iPhone 6 and the other is for the iPhone 6-Plus. As patent figures, you simply can't distiguish which design is for which model as they look identical. One of the slight changes between the designs is that the Home button is solid on one and hollow on another (not shown). But that still didn't help us understand which was the iPhone 6-Plus.

A more distinguishable design factor was found by comparing the backside of the faceplates of designs 6M002 above and 6M004 below. Here when you look at both closely you're able to see multiple changes at the top and bottom of the design as well as the curvature of a pipe-like element that runs down the left side. One design has it as a tight curve midway while the other has a much longer slow curve.

Yet even by seeing the two different designs, I still couldn't tell which was for the iPhone 6-Plus. As a last resort, I took a look at  the iFixit teardown for the iPhone 6-Plus. It was here in their step 7 photo where finally I got a break. As noted in the photo below, you're able to see that the tight curved pipe-like element in fact belongs to Apple's iPhone 6-Plus. 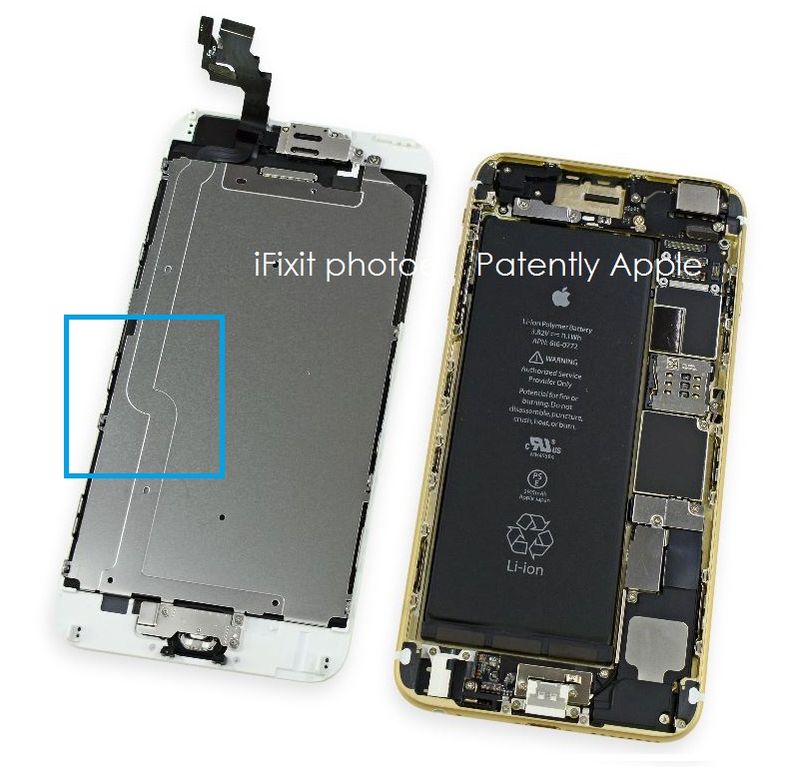 Of course there's a plate in the iFixit photo covering the other aspects of the iPhone design, but at least the pipe-like element reveals which of the designs from Hong Kong is for the iPhone 6-Plus: design patent 6M002 noted above. 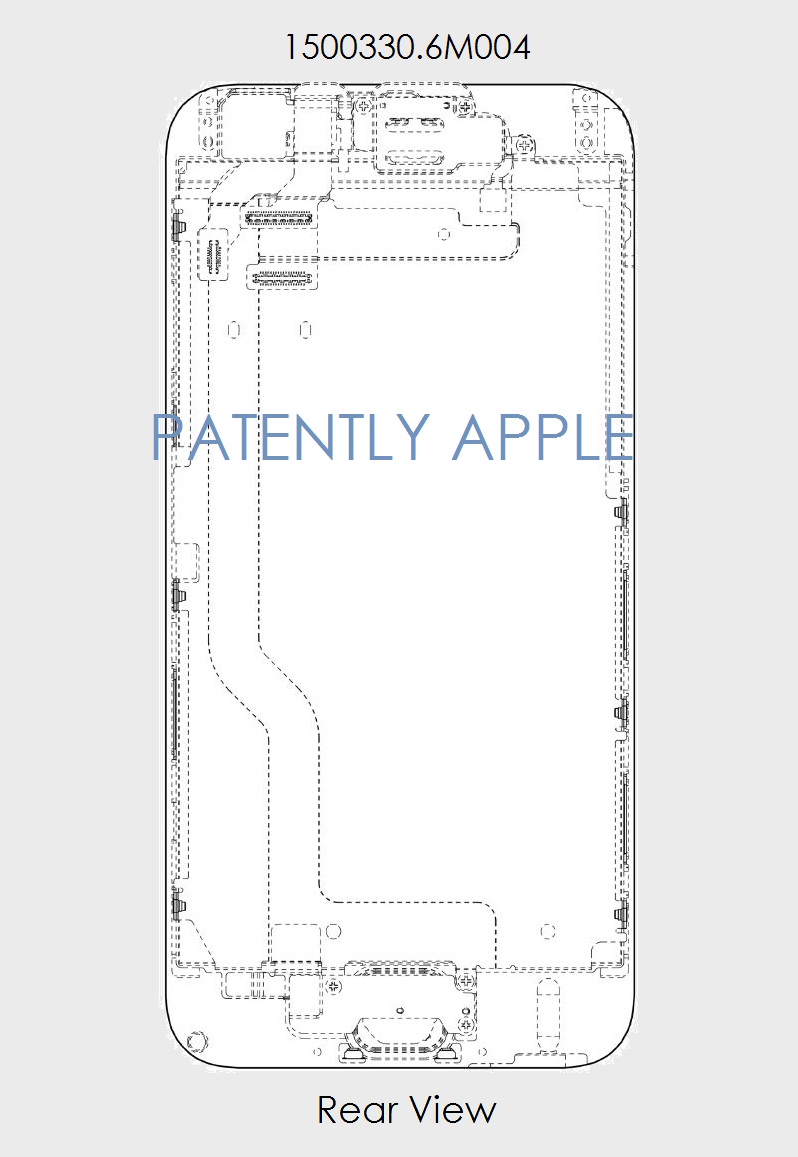