The U.S. Patent and Trademark Office officially published a series of 52 newly granted patents for Apple Inc. today. In this particular report we briefly cover three granted patents relating to maps. One covers location-aware iDevices. A second relates to iDevices that are able to seamlessly transition from outdoor to indoor mapping using GPS and specialty techniques using sensors. Apple's third granted patent covers maps that are able to use a mipmap chain to render adaptive textures to a map in real time. It allows the maps to take on a 3D look while users are driving so that they could see rich scenery such as trees, shrubs and more importantly, real-time weather conditions.

Apple's patent FIG. 4 illustrates an example of blending between level-of-detail textures for a feature that connects from one map tile to another adjacent map tile. 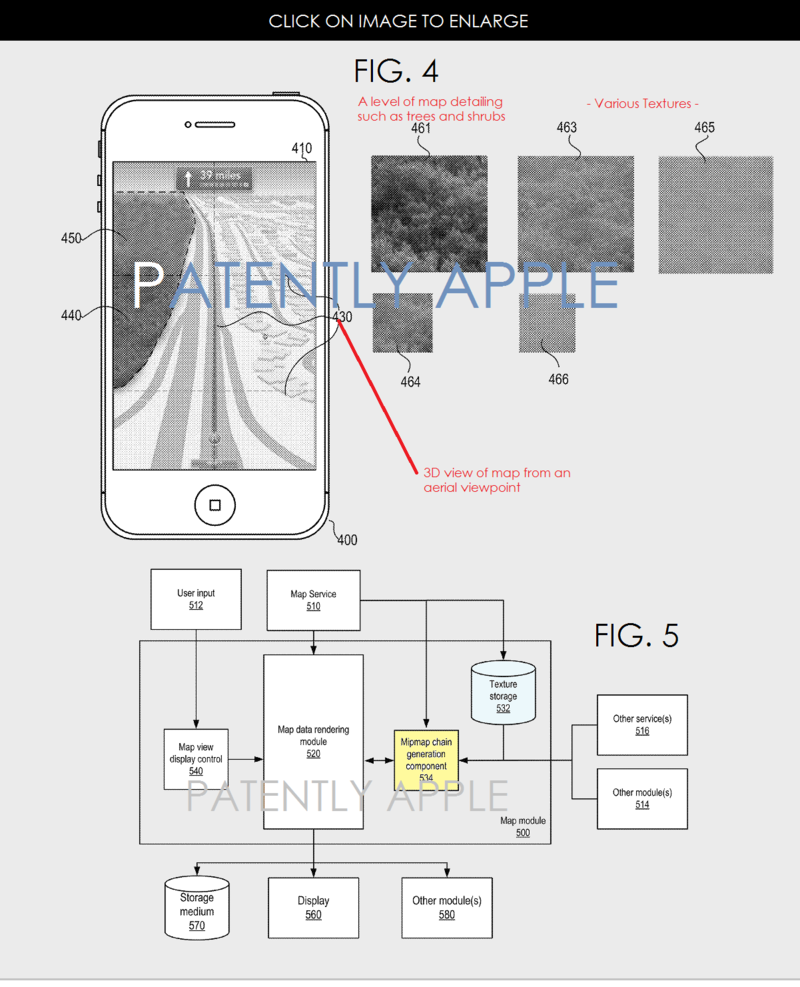 Apple's patent FIG. 5 noted above illustrates a map module that implements' rendering a map with adaptive textures for map features. The mipmap chain generation component 534 may obtain texture data to generate a texture mipmap chain from several texture sources. For example, a weather service may supply several weather textures or weather information to be incorporated into a texture mipmap chain.

Apple notes that the mapping app with adaptive textures could be used in video games as well.

Today's patent is about delivering very high-end visual textures. Whether Apple's latest granted patent regarding mapping textures will ever lead to delivering physical textures that could actually be felt on an iDevice display is unknown at this time – though Apple has hinted of such a development over the years.

Apple credits Christopher Blumenberg, Aroon Pahwa and Marvel Van OS as the inventors of granted patent 9,064,337 which was originally filed in Q3 2012 and published today by the US Patent and Trademark Office. 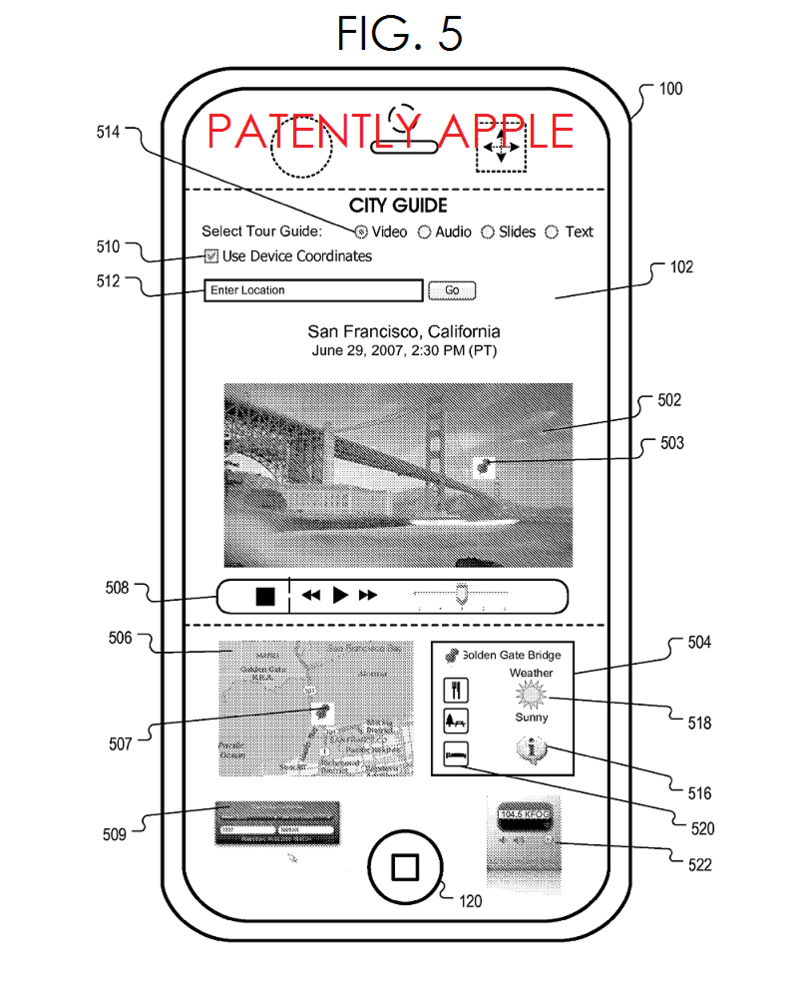 The third granted patent issued to Apple today regarding maps is that of patent number 9,066,207 titled "Managing states of location determination," which was originally filed in December 2012. 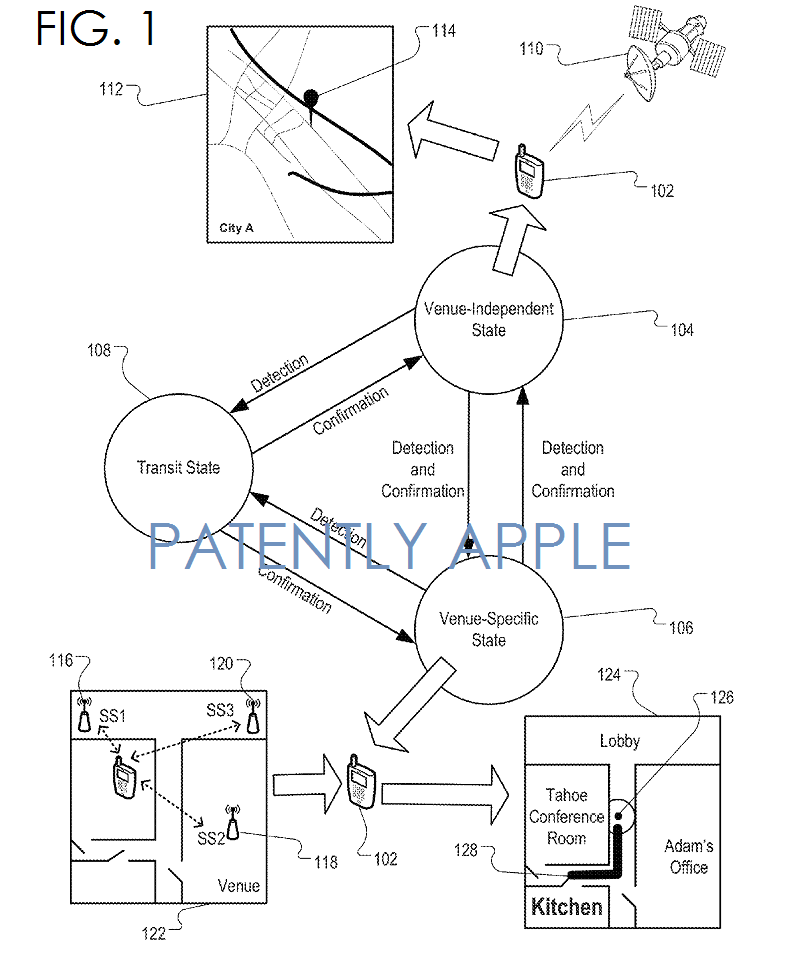 Apple's granted patent further notes that compared to a conventional mobile device having GPS functions, a mobile device implementing features described in their invention is able to provide users with a smoother experience when they enter or leave a building. When a user enters or exits the building, Apple's iDevices can automatically change location determination procedures to avoid or minimize the period of time needed for transition. For example, when the user enters the building in which GPS signals are unavailable, the mobile device can quickly switch the location determination procedure from using GPS signals to using wireless access point signals detectable from inside of the building, instead of performing time-consuming GPS signal searches until time out.

Apple's patent FIG. 1 noted above is a diagram providing an overview of managing states of location determination.