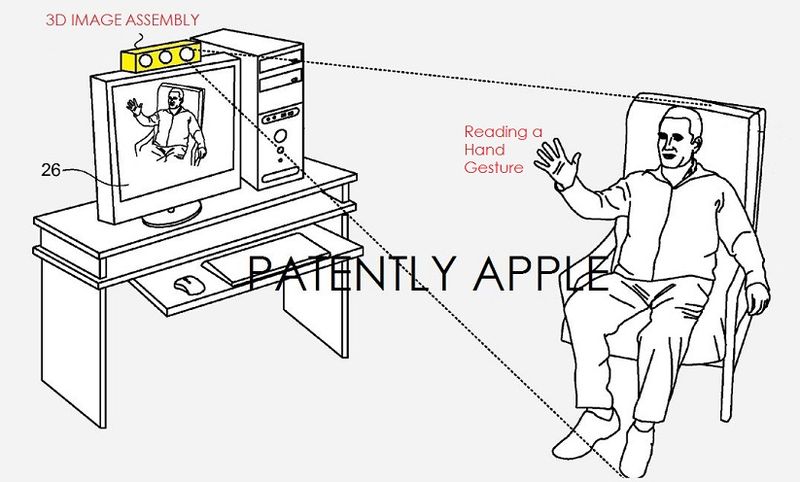 As far as granted patents go, Apple has done well with their PrimeSense acquisition by gaining a minimum of seven patents over the last six months alone covering all facets of 3D depth scanning and beyond. In April we covered Apple's 3D related patent covering "Depth Mapping with Enhanced Resolution." Today's granted patent is an extension of that patent under the title "Upper-Body Skeleton Extraction from Depth Maps." Apple's other 2015 granted patents regarding 3D Depth mapping from PrimeSense could be found here: one, two, three, four and five.

The upper-body pose may be found while the humanoid form in the depth map is seated, or standing.

The parameters and changes of the pose can serve as a simplified input to application programs running on computerized systems, enabling such systems to respond to users' gestures. The capability of these embodiments to extract the upper-body pose without reference to the lower body of the humanoid form is particularly useful in remote control and other applications in which the user may be seated. 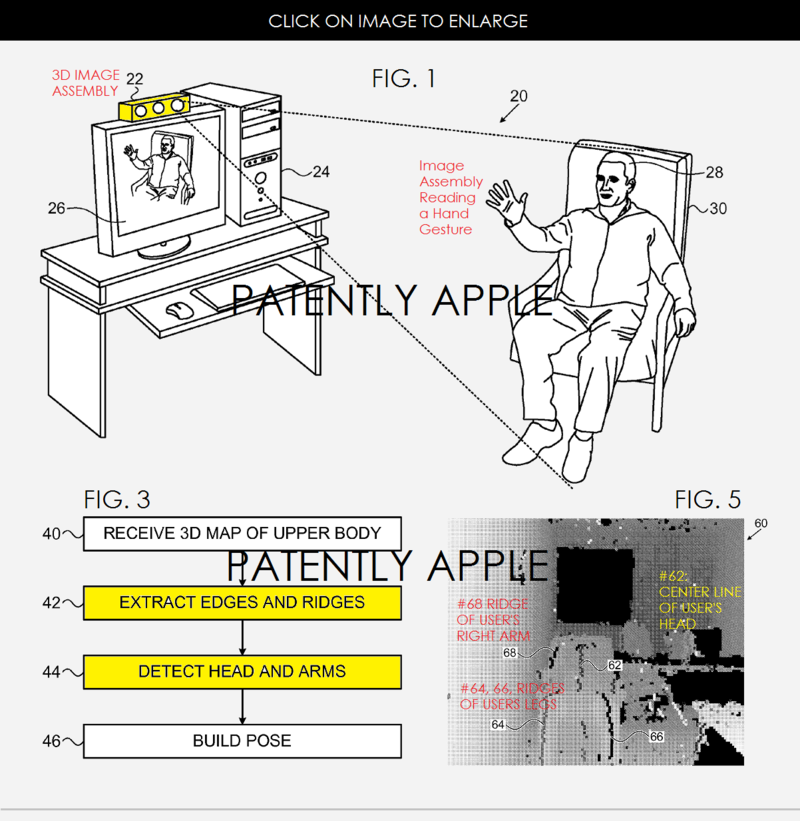 Apple's patent FIG. 1 is a schematic, pictorial illustration of a system for 3D mapping of humanoid forms; FIG. 3 is a flow chart that schematically illustrates a method for extracting an upper-body skeleton of a humanoid form from a depth map.

Apple credits Amiad Gurman and Oren Tropp as the inventors of granted patent 9,047,507 which was originally filed in Q2 2012 and published today by the US Patent and Trademark Office.