The saying goes that a picture is worth a thousand words and in this case we can see in our cover graphic that Tim Cook along with Apple SVP of Internet Software and Services Eddy Cue and top environmental officer Lisa Jackson are having a blast at the Apple Store in Zaijian China. The three were at the Apple Store West Lake in Hangzhou to partake in an Apple Watch workshop. A series of other photos were posted on Tim Cook's newly opened Weibo account covering his tour in China and our report highlights a few of those photos while providing you with other information that was revealed during a media interview in China. For the record Tim Cook's Weibo account already has over 597,000 followers in just days. 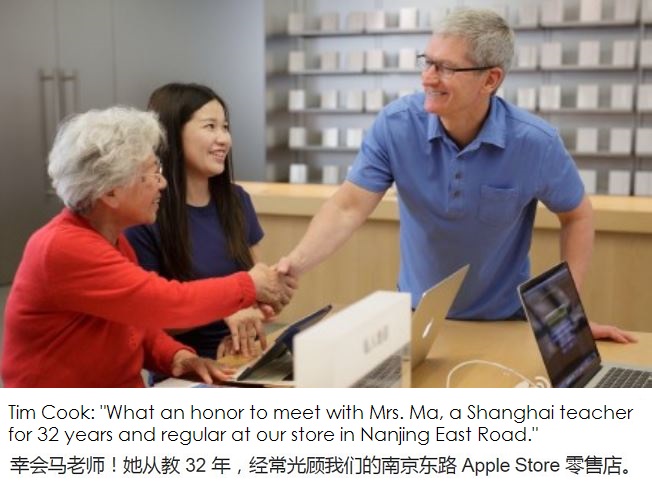 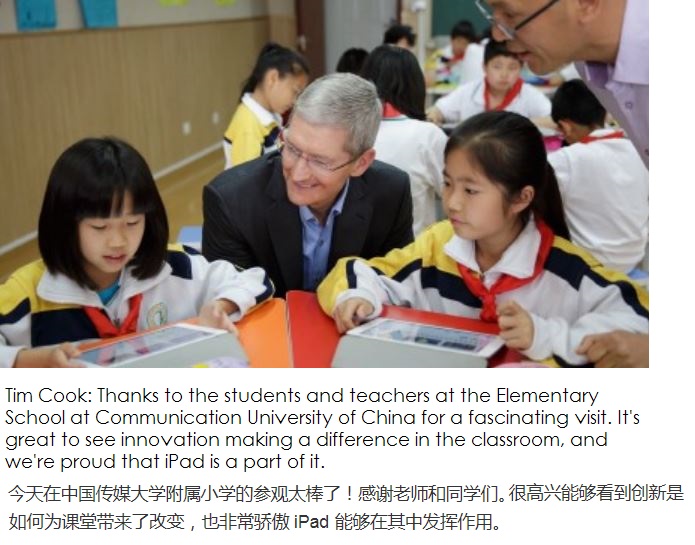 In an interview that Tim Cook gave in China late last week he revealed big plans for Apple Stores in China that will reach 40 by the end of 2016. Cook had previously confirmed this during Apple's Financial Conference Call in January.

Cook also noted that they have plans to recruit new teams for new stores in the following areas: Guangzhou, and Dalian, and Nanjing, and Nanning, and Fuzhou; Hong Kong, and Chengdu, and Beijing and Tianjin. There was mention of other cities but the translation was poor in determining what was said about other cities that included: Shenyang, Qingdao, Xiamen and Jinan. It seemed that Cook was saying that the latter cities we listed may be where the next stores will be starting later this month – but time will tell if that part of the interpretation was right.

In addition, the report briefly noted that Cook had visited with China Telecom during his trip to discuss cooperation between the two companies in context with renewing their contract which is due shortly. The two sides reportedly talked about the introduction of the next iPhone.

And lastly the report notes that on May 14, Apple's Tim Cook met with Shanghai party Secretary Han Zheng. Tim Cook reportedly stated for the press at that meeting that "Shanghai's rapid development in recent years is one of the wonders of urban development in human history, every time you come here, you can feel the ubiquitous vitality. This is a great city where any dream can come true." 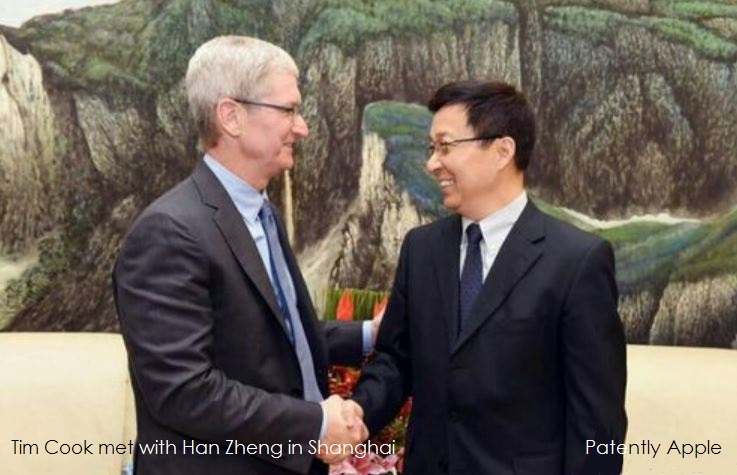