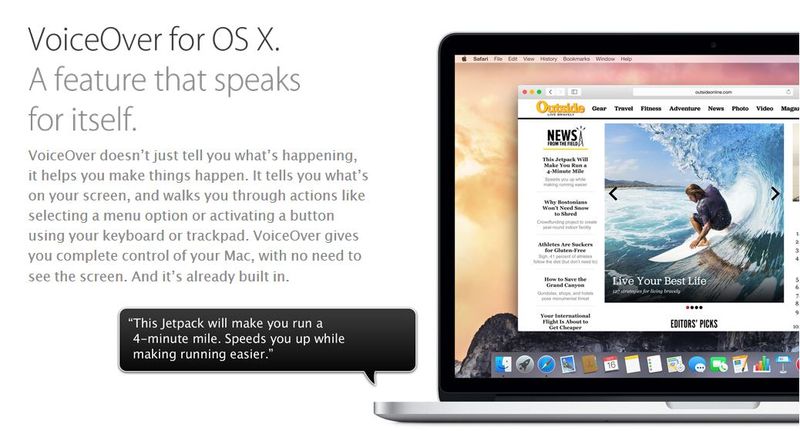 Today, the American Foundation for the Blind (AFB) today announced the names of four honorees who will receive the prestigious Helen Keller Achievement Awards at a special gala in New York City on June 18th. Apple was noted as one of the four awardees for breakthroughs in accessible technology.

AFB is officially recognizing Apple for VoiceOver, a gesture-based screen reader that allows users to hear a description of everything happening on the display, and other features that make iPhone, iPad and other iOS devices accessible to people with vision loss. Apple received an AFB Access Award in 2009 for its trailblazing engineering of accessible products and continues its extraordinary efforts to make their products accessible for everyone. AFB President & CEO Carl R. Augusto stated that "We are honoring accomplished individuals and companies for their success in improving quality of life for people with vision loss either through ground-breaking innovation or inspirational achievement that changes perceptions about what it means to be visually impaired.

Apple continues their work on technologies to assist the blind specifically. In 2011 an Apple patent covering a new VoiceOver extension was filed.