Yesterday Microsoft added Apple Watch and Handwriting Search for Apple customers. Starting with Apple Watch, Microsoft noted that Apple fans could now use OneNote for the Apple Watch to access their content when they're on the go. Microsoft designed OneNote for Apple Watch with a strong focus on lightweight interactions and placed a premium on convenience. A core principle of the OneNote design is to ensure that users could quickly and easily reference their information that they're looking for. If a user pins a note on OneNote for iPhone, it'll surface at the top of their Apple Watch app, so they don't need to hunt for it. This is perfect for users who frequently check their to-do list.

Additionally, OneNote for Apple Watch presents a unique opportunity to capture any quick idea, to-do, or thought users have while they're on the go. All you need to do is speak what's on your mind using Siri and it'll be saved to OneNote immediately so users don't forget it. Users just have to tap the large + button and start dictating – it's really that simple.

Millions of people take handwritten notes in OneNote thanks to digital inking capabilities across popular devices including the iPad, Windows tablets and Android tablets. Starting immediately, users can now search their handwritten notes that are in OneNote notebooks saved to OneDrive – just like users can search through typed text and text within images. Just type a search query into the OneNote search box to locate the page and the specific handwritten note. With OneNote's powerful handwriting recognition, users never have to worry about losing their notes again. 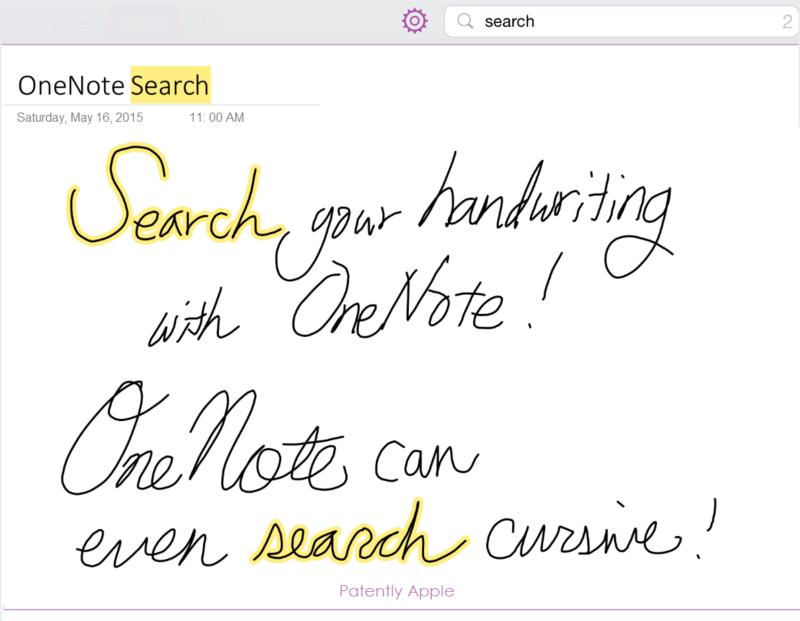 Improvements to OneNote for iPad

Lastly, Microsoft recently released an update to OneNote for iPad that introduced a new and improved way to organize a user's notebooks. Similar to the OneNote for iPhone experience, users can now easily swipe from the left to view the drawer where they can view all of their notebooks, open or create notebooks, reorder and close notebooks. Additionally, users can now more easily access and manage their accounts and app settings in this all-new user interface. This makes all the ideas and information users keep in OneNote more convenient to recall. 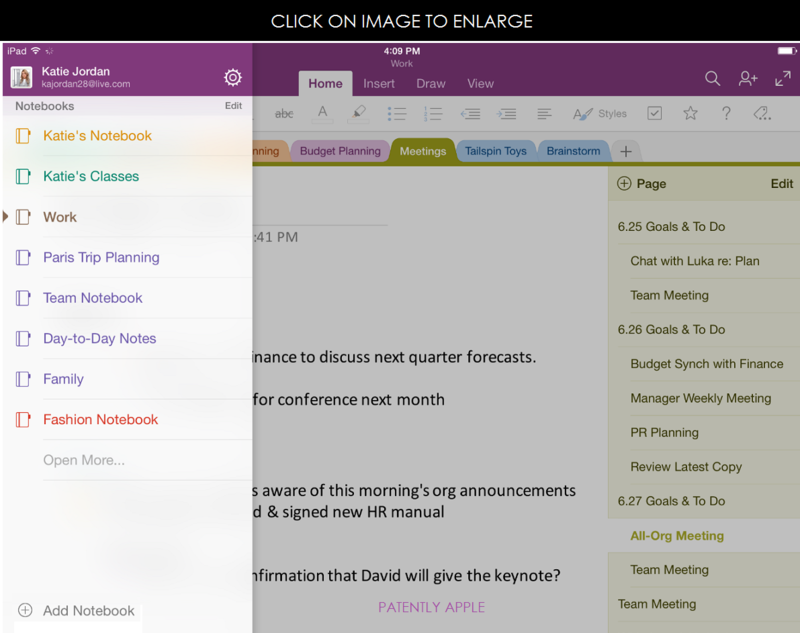