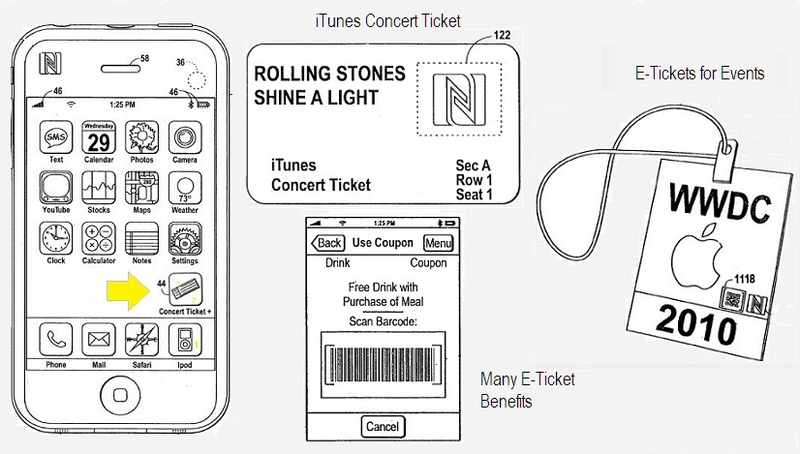 The U.S. Patent and Trademark Office officially published a series of 37 newly granted patents for Apple Inc. today. In this particular granted patent report we cover Apple's famed Concert Ticket patent that we covered back in 2010 titled "Apple Introduces us to a New iTunes "Concert Ticket +" System." Apple's NFC related patent was one of the original patents that would go on to form Apple's Passbook application. Passbook is an application in iOS that allows users to store coupons, boarding passes, event tickets, store cards, credit cards and is now directly related to the use of Apple Pay.

The original patent application covered electronic concert and event ticket as well as being able to use Apple's iPhone with NFC for transit systems and making purchases for refreshments that we now know related to Apple Pay. For more graphics and greater details of this patent, see our original report here. 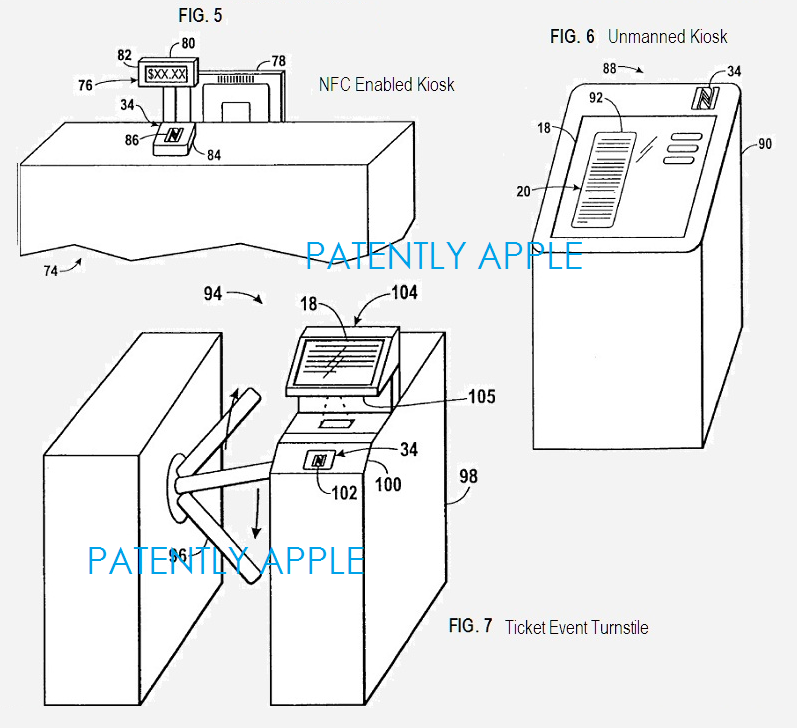 Apple credits Michael Rosenblatt and Andrew Hodge as the inventors of granted patent 9,037,513 which was originally filed in Q3 2008 and published today by the US Patent and Trademark Office.